Pandemic is raging in the country but still there is no Act to manage the situation lawfully – M.A. Sumanthiran, M.P. 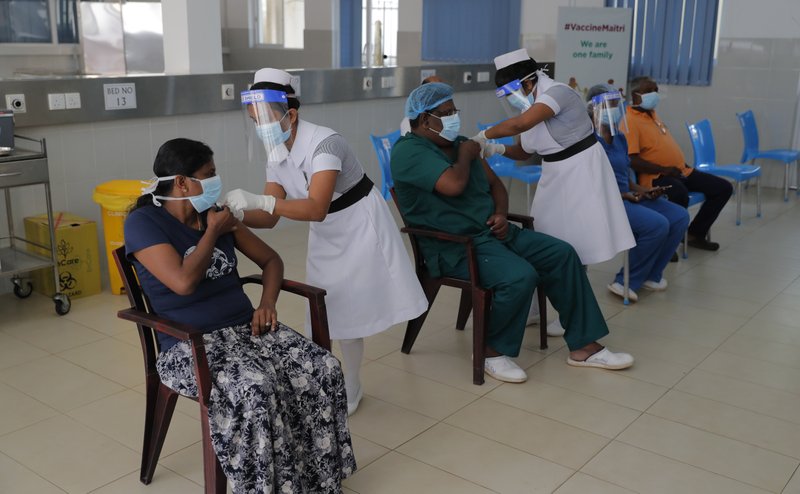 This pandemic has been with us for over a year almost one and a half years.

Very early in the day in January 2020, I remember the Hon. Leader of the opposition raising this matter in Parliament and asking the question as to why the airport had not been closed? He raised it yet again around the 2nd or 3rd of February last year and there was no proper reply at that stage from the government.

The government was keen to dissolve Parliament, and the very first opportunity it dissolved Parliament, Parliament that should have been in session and taken measures to combat to meet with this National challenge was dissolved for political expediency.

And thereafter when we called; all the parties in the opposition called that parliament must be reconvened the government refused to head that, we gave several reasons why Parliament had to meet. At that time, those who were infected were in single digit.

There is no proper decision making process and that is why we asked more than a year ago, that there needs to be a specific law to deal with this situation. Countries world over immediately passed laws, Covid 19 act. The Corona Virus act, in Italy, in the UK, in India in Singapore.

They immediately passed laws to enable a proper legal regime to deal with the situation.

The Parliament has a specific duty as one of the arms of the Government, it is this house and this house alone that makes laws to make legislations. We have with us two pieces of legislations one is more than 100 years old, other is over 150 years old and not fit to meet with the situation that the country is facing today, or the world is facing today.

The Hon. Minister of Justice the other day in this house stated that the Government will introduce a new act to deal with this situation. But where is that act? There doesn’t seems to be any urgency in doing what this house ought to do, there are other bills like the Port City bill all being brought post haste. But something that this house should have done in emergency session having been reconvened after dissolution even has not been done even to date.

I have presented a private members’ bill, I tendered it last year, it was laying at the Hon. Attorney General’s department for several months and on the 23rd of April it was presented to this house, the first reading is over, one week has lapsed and no one has challenged that bill, now it can be taken up.

I have been informed by the Parliament that the matter has been referred to the ministry of Health as per the Standing Orders and a letter has been sent to me, entirely in the Sinhala language, now this is another issue, how many times do we have to raise this, that a Tamil member of Parliament is being sent letters in Sinhala.

I am told that even Circulars etc for employees are done only in Sinhala at least in this Parliament. Can we give effect to the constitutional provisions that there are two official languages in this country? Why do you continue to observe this in the breach?

I have got it read to me and it apparently says, that the matter has been referred to the ministry of health. That’s a good thing but I would urge the ministry of health and the others to have a look at this, this is only a suggestion. The Government should do it, but it’s upon the Government’s failure to bring a law, that meets with this situation, that I have presented this private member’s bill.

The Human Rights Commission in a letter dated 08th June 2020, wrote to the Secretary to the President, advising the President that the Laws that we have now are not sufficient to meet with this situation. It’s a fairly long letter, after considering all the laws, in extent and they have said that none of these meet with the present situation, particularly to restrain people from their right of freedom of movement, there is no law, under the quarantine and deceases act you can’t stop people from moving, you can only declare certain areas to be quarantine areas.

Now it’s almost a year since the Human Rights Commission wrote officially and told the government of the lacuna in the law, still, no action has been taken. Now in the bill that I have commended to Parliament,  I’m not saying that that’s a perfect draft, that is only a suggestion, but at least when someone has presented something like that why don’t you consider it?

I can understand in the first few months of this pandemic we didn’t have a law, but it is no excuse to say that one and a half year after the pandemic broke out, that we still don’t have a law.

The quarantine and prevention of diseases ordinance enacted in 1897, is archaic.

I mean I don’t have to say that, the scale of emergency should not be managed merely by regulations under that ordinance, there must be laws, particularly because now we have a constitution and there are fundamental rights enshrined in the constitution and freedom of movement can only be restricted by a Law, that is enacted by Parliament, not by regulations, article 15 – 7 of the constitution specifically lays that down, and there are several judgments that say you can’t do it, emergency regulations are exceptions.

I can understand in the first few months of this pandemic we didn’t have a law, but it is no excuse to say that one and a half year after the pandemic broke out, that we still don’t have a law.

And a private member bill has to be presented to Parliament from the opposition ranks and still the government is not taking any action. The disaster management act is there, we could have at least used that, even the definition of disaster will not referred to the issue that we are facing today. So I urge the government without trading allegations, I have already said that it is the government’s mismanagement of this issue that we are facing a third wave, even the vaccines were mismanaged, it is important to bring a lockdown for the whole country, to manage the third wave, ministers shouldn’t be allowed to interfere in those decisions like Hon. Gamini Lokuge did, all that has to be done.

The government must take those actions but must do it also lawfully and therefore even private hospitals must be permitted. I know that Hon. Sudharshini Fernandopulle said that Ayurvedic institutions can treat patients, if Ayurvedic institutions can treat patients why can’t the private hospitals be allowed to do these, so even at this point in time I urge the government to take proper responsible steps and I urge this house to make laws that are necessary in the interest of the public health situation that we are facing.

(Excerpts from speech made by M.A. Sumanthiran M.P. on 05th of May 2021 at the adjournment debate.)