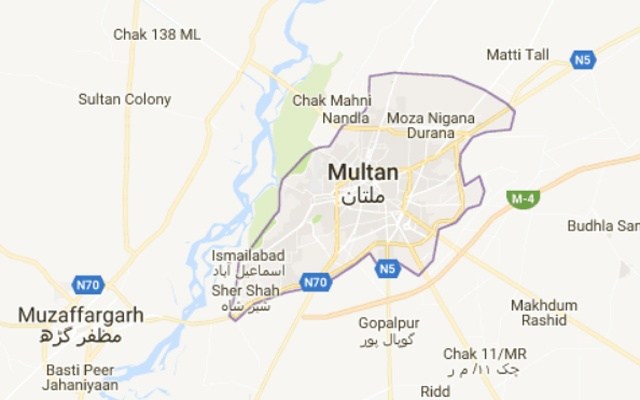 Multan, July 27 (Reuters): Pakistani police have arrested 25 members of an informal village council accused of ordering the rape of a 16-year-old girl as revenge for her brother’s alleged sexual assault of another girl.

The Supreme Court also requested a report on the case, which echoed a notorious case from 2002 in which another teenager was gang-raped on a local council’s order.

“A total of 29 people were involved in this ghastly crime, and we have 25 of them in our custody,” Multan City Police Officer Ahsan Younus told Reuters by telephone on Thursday.

Earlier this month, a local council in the southern city of Multan was called after a family accused a 16-year-old boy of raping a 13-year-old neighbour.

The council ruled that the sister of the boy should be handed over to the victim’s brother to be raped. The punishment was carried out on July 17 after her family handed the girl over.

The case came to light when both families filed criminal charges with police accusing the other family’s son of rape.

Questioning both sides in the cases, however, soon revealed the role of the informal village council, Younus said.

“All the village council elders who ordered the revenge rape have been arrested,” he said.

Both the victims and their mothers have been sent to a women’s protection centre, he added.

Pakistan has a centuries-old tradition of quick justice handed down by gatherings of local elders, known as jirgas or panchayats, seen by many villagers as preferable to the often-cumbersome and corrupt formal legal system.

In most of the country, jirgas are tolerated but not recognised by the formal courts and police.

The jirgas and the practice of “revenge rape” drew international attention in 2002 when a woman named Mukhtaran Mai was ordered gang-raped by a local council for a male relative’s alleged crime.

Mai took the rare step of filing criminal charges against her attackers, and six men were convicted and sentenced to death later that year, though five of them were later freed on appeal.

Mai went on to become a high-profile campaigner for women’s rights in Pakistan.

“Another Tribe Court (panchayat) in south Punjab Multan and another girl was raped. We are still in 2002,” Mai said on her official Twitter account this week.

Speaking to Reuters by telephone, Mai denounced the revenge rape.

“If there were any justice in the panchayat, they should have shot the rapist. Why punish an innocent girl instead?”