Page from History: how present Rajapaksaists’s HR were defended 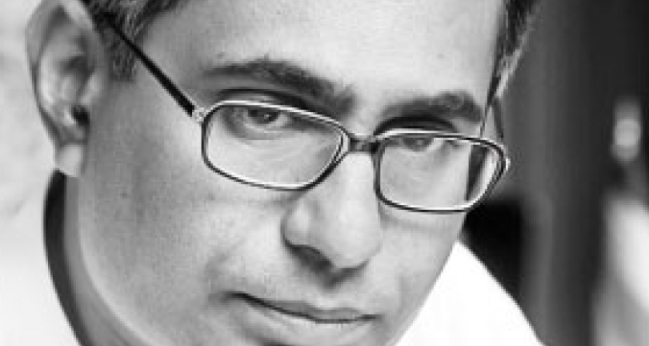 [Relevance of Freedom of Association in 1992 and today; Ratawasi Peramuna and its players ]
By Lakshan Dias, —

Non Governmental Organizations (NGOs), are the popular punching bag of the Government of Sri Lanka (GOSL), when its actions are challenged by any individual and/or organization. Name-calling, brandishing circulars to warn NGOs and now a draconian law to prevent them from raising public issues has been the modus operandi of the regime to curb and crush dissent. The context of the sudden and heightened  attack on NGOs is also relevant. Hostilities between the GOSL and the LTTE have ended in the decisive victory of the former over the latter. There are no emergency laws in force and reconciliation efforts are purportedly taking place. Efforts are nevertheless being made, to undermine the contributions of NGOs.

Consequently it is time to reflect on an important case to consider the importance of nongovernmental organizations or civil society organizations and the significance of the contributions of NGOs, particularly at a time when those who benefited from “associations” with them have changed sides and lose sight of the value and utility of NGOS to the country at large.

During the 1990s, Sri Lanka was differently poised. There were insurrections in the North and the South and emergency laws were in operation. As a result dissenting points of view were subject to suppression. Yet the Court system was upheld and courts recognized the value of upholding the Fundamental Rights enjoyed by any citizen. A few examples of this spring to mind.

Malinda Channa Peiris Seneviratne, Athureliye Rathana (Ranjith), Ranawaka Arachchige Patali Champika Ranawaka are prominent personalities in contemporary Sri Lanka. In 1992 they were among 16 other individuals who moved the Supreme Court in 10 Fundamental Rights Applications, now reported in (1994), 1 Sri Lanka Law Reports 1, alleging that they were detained by the Police under emergency
laws and were tortured. Their main complaint however was that the Freedom of Association which they exercised through the Ratawesi Peramuna, a non political civil society organization was violated.

Legal Aid unit of The Bar Association of Sri Lanka (BASL) and several other NGOs were at the forefront to protect the rights of the detainees at that time and they had coordinated preparations for this case.  These cases were filed pro bono and Sri Lanka’s foremost Human Rights Lawyer Mr. R.K.W. Goonesekere and Attorneys-at-Law Manori Muttetuwegama, Suranjit Hewamanne, Methsiri Coorey, LCM Swarnadhipathi and J. C Weliamuna represented them. Fortunately, unlike today nobody questioned the right of the Human Rights activists and the NGOs to raise these issues before the appropriate fora.

Around the same time, another case came up in the Supreme Court, when Mr. Mahinda Rajapakse MP (now the President) was detained at the Airport for questioning when he was about to board a flight to Geneva to make representation before 31st disappearances. This detention was challenged with Mr. R.K.W. Goonesekere leading the team of lawyers for Mahinda Rajapakse (See Mahinda Rajapakse v. Kudahetti 1992 2 SLR 223). All leading NGOs  condemned the detention of Mr. Rajapaske.

However, what is notable given the current environment in Sri Lanka, is that no one questioned the role of civil society in support of Mr. Rajapaksha’s visit to  Session of the Working Group on enforced or involuntary Interesting backgrounds of different petitioners in Ratavesi Peremuna makes it important for us to understand how an association works, outside the control of the Government. According to the case record, Malinda Seneviratne (now Editor of Nation newspaper and close associate of Sri Lankan Defense establishment) had read Fundamental Texts of Marxism and then became a Trotskyite. He entered Dumbara University but went to United States of America on an Exchange to read sociology at Harvard University. Ven. Ratana (now a Member of Parliament from Sihala Urumaya) was the ideological leader of the group. Champaka Ranawaka (now a Minister and a leading nationalist ideologist), a founder member of Ratawesi Peramuna took an active part in anti JVP activities in the universities. He wrote articles to Ravaya and Lakbima. He was opposed to the guns of both the JVP and Government and wanted to prevent the youth from being pushed to violent politics. He also had a scheme to restructure the Peramuna along the lines a political party. Many other petitioners were involved with Government and held key positions in various ministries. Petitioner Bandara became a Governor of Uva and later a Member of Parliament from UPFA.

People change but the principles do not. The Ratawesi Peramuna case record speaks volumes of the importance of human values and human rights. In delivering the judgment, Justice Dr. A.R.B. Amerasinghe considered, among others, several leading decisions of US Supreme Court and made the following pronouncements, which is now part of our constitutional law:

(a) No person or group of persons, not even majorities, can claim to have a monopoly of good ideas. Many a strange and singular idea as in time, through argument and debate, had the power to get accepted as truth.

(b) It is beyond debate that freedom to engage in association for the advancement of beliefs and ideas is an indispensable aspect of liberty.

(c) Freedom such as right to association are protected not only against obvious heavy handed frontal attack, but also from being smothered or stifled or chilled by more subtle interferences.

(d)Legitimate agitation cannot be considered as incitement to overthrow the government unlawfully.

What is the situation today? Freedom of association is under its worst threats in independent Sri Lanka, despite the attempts by state media and “Para state propaganda units” to deny it. Those who supply ideological justification for this government (including some of the Petitioners in Ratawesi Peramuna

and who were in fact beneficiaries of the regime) will soon realize that they will one day need to form an association to defend themselves, independent of the state apparatus. People change but principles do not. Probably it is time for us to remember the words of Laurence J. Peter, Canadian educationalist who moved into USA and who published the famous “The Peter Principles”. “The devil could change. He was
once an angel and may be evolving still”.

By Lakshan Dias, is a  Human Rights Advocate & Lawyer