Our Kafkaesque nightmare: Sri Lanka’s decay into authoritarianism is slow and steady 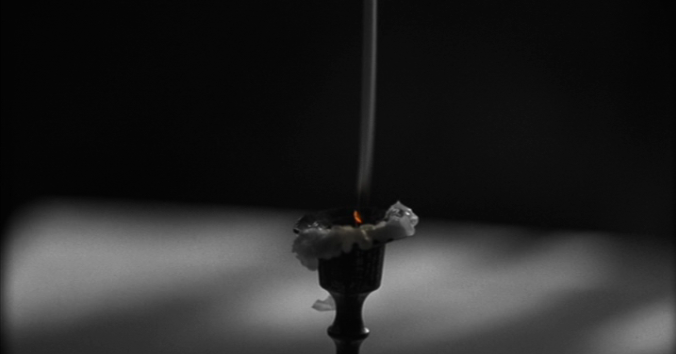 Sri Lanka suffers from a democratic deficit and a shrinking space for fundamental rights, the very rights that are enshrined in the Constitution. That the government has succeeded in clamping down on the media coverage of those frequent acts of violations, could well hide the grim reality from the public. But that would not undo the strains they have on the democratic fabric of the country. Sri Lanka’s decay into authoritarianism is slow and steady. With each new incident, many of which go unnoticed, democracy is dismantled.

Here are some of the recent incidents that took place within the last couple of weeks:Journalists

On Friday (25), a group of journalists from Jaffna, who were on their way to Colombo to participate in a media workshop on Digital Security, was stopped at the Omanthai checkpoint, and their vehicle and documents were thoroughly searched by the military, who then allowed them to proceed. They were stopped at a second military check point, where the soldiers made a surprise discovery of two packets of cannabis concealed under a seat and handed the journalists to the police. The journalists accused the military of planting the narcotic substance in their vehicle. After being held at the police station for two hours, they were released and instructed by the police to return to Jaffna.

Unheeding police instructions, the media personnel arrived at the Sri Lanka Press Institute in Colombo, where the media workshop was scheduled to be held. By the time they arrived cameramen from the State television, ITN were hovering around the institution. Then the mob came, armed with recycled placards, which were earlier seen in a State orchestrated demonstration held against another workshop in Negombo. Some of the protesters last Saturday were also present at the protest in Negombo. It does not need to be a behavioural scientist to know who was orchestrating the protest. The connivance of the military intelligence was palpable. Then, the organizers of the workshop were threatened with death if they went ahead with plans to hold a media conference. The death threats were issued through unlisted phone numbers.

Petition
Earlier on 23 July, a public petition launched by a leftist party, the Front Line Socialist Party, against the rising wave of ultra-nationalism irked the Borella Police, which summoned an organizer of the event Senadeera Gunathilka for questioning. Those same law enforcement agencies looked the other way when the mobs were on the rampage at the two media workshops.

They also stood by as the mobs, including some attackers dressed in Saffron robes, attacked a peaceful procession organized by another leftist party on 26 July. The procession by the United Socialist Party was attacked at Waskaduwa, Kalutara.

Earlier on 6 June, a media workshop organized by Transparency International was sabotaged by the mobs. The Northern journalists who were fleeing the mobs and housed in a five star hotel in Colombo were ordered to leave in the dead of the night, by the hotel management on the instructions of the security apparatus. The journalists finally had to spend the night at the office of the Sri Lanka Working Journalists Association (SLWJA).
Sri Lanka is becoming a Kafkaesque nightmare for its civil society and media activists. The government has unleashed its subordinate institutions on the civil society activists. The intelligence apparatus, the police and the judiciary, the latter to a certain extent, have become part and parcel of this strategy.

The psychology of the government is that it is unlikely to be wooed by the lessons on the importance of pluralism in a healthy society. But, like many of its international counterparts, it is thought to be cognizant of the cost associated with its misadventure; a cost that encompasses every institution party to the government’s strategy, and many others, which may not have been involved.

The first and foremost is that a government that deprives its citizen of their universal human rights and cracks down on dissent is not equal before their international counterparts. In practice, the principle of sovereign equality does not stand for despotic regimes. Such regimes are an aberration of the international law. In fact, that is why many liberal democracies that maintain a separate peace among them, would engage in aggression, from time to time, against illiberal autocratic regimes. Such interventions, ranging from imperialism and to liberal internationalism have changed the face of humanity, often positively.

Sri Lanka is losing its democratic credentials and devaluing itself in the community of the civilized world. To add insult to injury, when the government continues to crackdown on local dissent, it would lose the remnant of its international credibility, and by extension, its sovereign credentials.

When the country is faced with a war crime investigation supported by the world’s advanced democracies, such a credibility deficit looms large to the disadvantage of the incumbent government. Also, the regular suppression of civil liberties vindicates international concerns on the country’s grim human rights record.

Second, the government apparatus – which, in theory are independent institutions, which have been made subordinate to the government – lose their credibility. That is why the British foreign office tsars were on their toes until the Sri Lankan Court found the former Tangalle Pradeshiya Sabha Chairman guilty of murdering a British tourist. Many did not believe, not without reasons, that Sri Lankan Courts have guts to convict a local thug who had considerable political clout. Since the former Attorney General had surreptitiously withdrawn a number of cases against prominent people, including one against Duminda Silva, several years back, discerning observers are not at fault to suspect the integrity of the local judicial system.

The fall-out of the connivance in these institutions runs deeper, into the lower echelons. Officers of the Sri Lankan security forces already face troubles in applying for visas to Western Europe and North America. Self respecting and law abiding officers are victimized by the overall complicity of their security apparatus.
The sermons of good governance would not help. But the looming cost of mis-governance and thuggery may compel the government to change its course. To that end, a liberal interventionist approach by the advanced democracies could yield a positive outcome in the long run.
– Ceylon Today

The term Kafkaesque is used to describe a situation that is confusing and frightening, especially one involving complicated official rules and systems that do not seem to make any sense