Our detention highlights the Sri Lankan government is unwilling to allow a free exchange of ideas.- Aus. senator 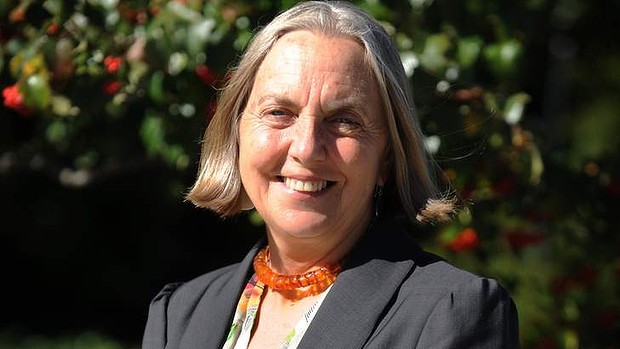 Australian Senator Lee Rhiannon has been released from the custody of Sri Lankan government officials and allowed to leave the country.
She was not charged, neither formally deported, though the Sri Lankan government maintains she and the New Zealand MP Jan Logie broke visa laws, a charge Ms Rhiannon denies.

Our detention highlights the Sri Lankan government is unwilling to allow a free exchange of ideas.

“They did not require a statement from us, and we were given back our passports after about three hours in detention,” she told Fairfax Media by phone as she drove to Colombo airport.
“The only condition they put on us was that we were not allowed to talk to the media without approval from [Sri Lanka’s] external affairs department.”

Ms Rhiannon has allowed Fairfax Media to quote her interview.

Ms Rhiannon was in the country on a ‘Special Projects’ class Tourist Visa, which she says, as a visiting parliamentarian, she was advised to obtain.

“They said that we had broken the law, and I challenged them on that. We obtained the correct visa, we followed their advice on which visa to obtain, the Australian government alerted the Sri Lankan government to our visit and about what we’d be doing. We followed the rules at all times.”

She says Australia’s Department of Foreign Affairs and Trade also sent its Sri Lankan equivalent a formal note advising of her planned visit and activities.

“Both were in Sri Lanka on tourist visas and holding a press conference is a violation of visa regulations.”

The officials took Ms Rhiannon and Ms Logie back to their hotel, and tried to separate them to interrogate them individually.

Ms Rhiannon said she was not fearful for her safety, but was most worried for the people she had met with during her fact-finding mission to Sri Lanka, which included visits to the heavily-militarised north of the country.

“These people who we were with me when we were detained by immigration officials, they were very fearful, very distressed. They were uncertain about what would happen to them.”

“This excessive response from the government of Sri Lanka is just further evidence why the country should not have been awarded the right to host the Commonwealth Heads of Government Meeting, and the chair of CHOGM for two years.

“Our detention highlights the Sri Lankan government is unwilling to allow a free exchange of ideas.”
Ms Rhiannon said during her visit to Sri Lanka she had seen evidence of severe, and worsening, government repression.

“Elected officials and members of civil society in Sri Lanka have provided us with examples of massive illegal land confiscation by the armed forces; people being jailed and detained with regular disregard for legal rights; violence, often involving rape of women and children, with no police investigation of these crimes; and ongoing intimidation of media workers.”

Comment is being sought from the Sri Lankan immigration department.

Commonwealth Heads of Government Meeting, which begins this week.

Countries such as Britain, Canada, the US and Australia have criticised the Sri Lankan government for ongoing abuses, such as kidnappings, torture, and alleged killings, by government security forces, and allied paramilitaries.

“The Australian Greens called for a boycott of CHOGM in Sri Lanka earlier this year, as has the Canadian government, because of human rights abuses.

“It is clear from this fact-finding mission and the treatment of foreign journalists that the fears we have held for press freedom are justified.

“The Australian Government continues to turn a blind eye to human rights abuses in Sri Lanka which are continuing to drive a steady stream of people seeking asylum in Australia,” she said.
Sri Lanka has been especially sensitive to media and political activities in the lead-up to CHOGM, which Australian Prime Minister Tony Abbott will attend.

They were interrogated for more than 15 hours before being deported.

The Australian government has been contacted but are yet to provide a statement.