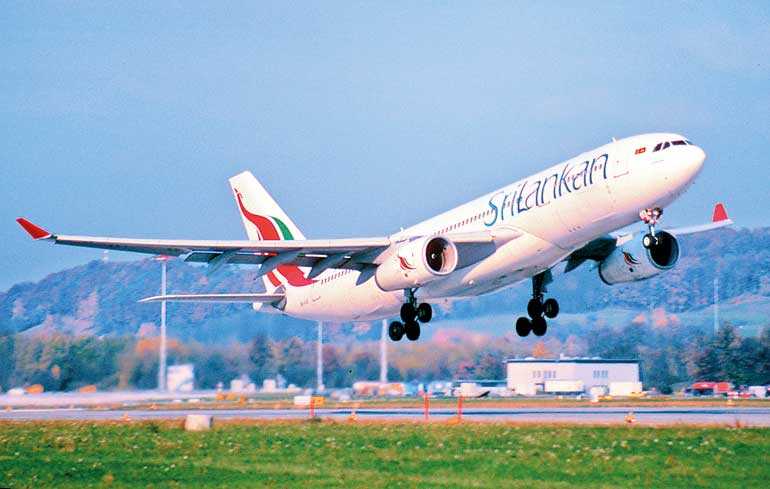 An insightful writer I follow had written that the corruption revealed in the Airbus case, technically described as a deferred prosecution agreement, is intrinsic to capitalism or to the market system. The implication is that it may not be intrinsic to not-capitalism, usually described as socialism. But all one has to do is to read Kautilya’s Arthashasthra, from 321-298 BC, to understand that corruption transcends the market system.

Then Emirates made major purchases as part owners and managers, both before the 2001 airport attack that destroyed half the fleet. No controversy ensued.

The third instance was in the waning days of the Mahinda Rajapaksa presidency, when contracts for multiple Airbus aircraft and a VIP kit were entered into. There was no controversy at the time, but questions were raised after 2015 when large penalties in excess of Rs. 17 billion had to be paid for not completing the purchases. The real controversy has erupted only now with admissions of specific acts of bribery by Airbus.

Though the European court documents did not name the recipients of the bribes, the Attorney General sought the arrest of Kapila Chandrasena, the CEO at the time, and his wife.

In a related development not much discussed in Sri Lanka, the private Malaysia-based budget carrier Air Asia announced that its Chief Executive Tony Fernandes and Executive Chairman Kamarudin Meranun would leave their positions immediately until investigations were completed on an Airbus sponsorship worth $ 50 million for a sports team owned by them. The Air Asia contracts were larger than SriLankan’s and so were the associated payments from Airbus.

In both cases, executives (agents) entrusted with managing airlines on behalf of the owners (principals), the Sri Lankan State in one case and private shareholders in the other, are alleged to have acted to the detriment of the principals, for personal gain. This is a manifestation of the principal-agent problem. Agents always have more information than the principals and their interests are different from those of the principals. How to ensure agents act in the interests of the principals is the problem.

The executives entrusted with prudent management of other people’s money are alleged to have breached that trust by not getting the best possible deal from Airbus. Airbus may have transferred the bribes, but the actual payers were the owners of SriLankan and of Air Asia. If not for the bribes, the airline owners would have obtained greater value for money from Airbus or its competitor.

Why did these actions occur? One must begin from the larger context of market structure.

Assume a workably competitive market with privately-owned firms. Here, if executives pay inflated prices or accept lower quality, their firm will be disadvantaged. The firm will lose market share and/or profits will be eroded by the higher costs. The owners will not keep pumping in capital because of they have hard-budget constraints. They will fire the executives and/or wind up the firm. Air Asia has chosen the former path even though Tony Fernandes was the visionary founder.

In privately-owned firms, bribe-induced non-optimal procurements will be rare because the principals have strong incentives to set in place mechanisms to minimise bad behaviour by agents. One could ask why it took so long for the Air Asia board to act on Fernandes and Meranun. The explanation must lie in the complexity of the airline business which exacerbated the information asymmetry and allowed the agents to mask their less-than-optimal purchasing decisions. The principals suffered the consequences, earning lower returns than they would have if proper controls were in place.

In SriLankan Airlines the true owners have no seat on its Board. They are the citizens of Sri Lanka, who have designated certain politicians as their agents. At one time, these politicians decided to operate a State-owned airline. Other politicians at various times appointed persons to the Board of the airline as their agents to efficiently manage it. These agents serve as the principals to the executives who actually manage the airline. So, it’s not a simple principal-agent relationship but a concatenated series of such relationships, ending in a principal who is incapable of exercising effective supervision.

If the airline loses money, the Board members are not affected because the money at risk is not theirs. The politicians also do not have own funds at risk. The politicians, their agents the Board, and the Board’s agents the senior managers, all take decisions that affect other people’s money. Intrinsically, there will be fewer incentives to set up effective controls. The general public, whose is money is being mismanaged, are not part of the decision making. Their only recourse is voting out the politicians at the next election. But elections are not decided on single issues.

In the effort to find a third way between State ownership which was failing and markets which they were opposed to ideologically, the socialist rulers of the former Yugoslavia claimed that it would impose hard-budget constraints on State-Owned Enterprises (SOEs).

In fact, the constraints were never hard. There were always reasons for exceptions: national security, welfare of consumers, avoidance of unrest that could be caused by layoffs, etc. All these reasons and more have been heard in the case of the endless infusions of public funds into SriLankan, the latest being the need to have the ability to evacuate citizens from foreign lands.

The first-best solution is to avoid the use of taxpayer funds in firms such as airlines that operate in competitive markets. In other words, they should be privatised. These businesses are complex. If they are not operated efficiently, the risks of losing money are high, as evidenced by the demise of private airlines all over the world.

The information asymmetries that must be managed to ensure effective control of agents are difficult enough even for private owners. But they have incentives to work at it because their money is at risk. When public funds are being used no such incentives exist. If owners fail to control their agents as was the case with fully private Air Asia, they suffer the consequences in the form of foregone profits and lower share prices. Their losses are of no concern to the public.

Partial private ownership is a second-best option. There was no fuss when Emirates management bought aircraft for SriLankan. Some public funds were at risk but Emirates which owned 43% of the airline was the decision maker. If the CEO bought aircraft in return for bribes paid to his wife’s company, Emirates would lose money along with Treasury. It had incentives to create good controls. The proof was in the dividends paid to Treasury during the period of partial ownership and management by Emirates.

The last-best solution is continued State ownership. If this option is adopted, one would have to rely on procedures, not on self-interest. Honest, diligent individuals would have to be found as managers and as Board members. They would appoint tender board and technical evaluation committees that follow strict procurement rules designed to ensure financial probity. Just to ensure that all these actors were indeed honest and diligent, oversight bodies would be empowered. Parliamentary committees would exercise oversight of everything.

Described above is how Government agencies are supposed to operate. Government procurement rules when implemented properly do work. But they are slow and cumbersome. They are unlikely to be optimal for the nimble operations needed in complex competitive businesses such the airline business. The money that is not lost to pilfering CEOs may be lost simply by the inability to meet the requirements of a competitive business. Air India’s accumulated losses in the past decade amounted to $ 9,730 million, despite there not yet being any evidence of bribes paid by Airbus.

The best course of action is to align the incentives of owners so that proper controls are implemented. That requires privatisation, complete or partial. It is simply not possible to run a fully State-owned airline in the competitive era without burdening the public.