Open letter to Facebook: Implement Your Own Community Standards 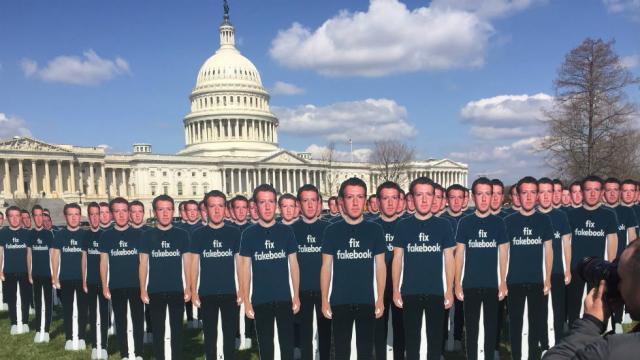 April 10th 2018, Colombo, Sri Lanka: The Centre for Policy Alternatives (CPA) is issuing an open letter to Facebook CEO Mark Zuckerberg, as he prepares to testify before Congress on April 10. In this letter, CPA together with other members of civil society call on Facebook to combat social issues including gender-based violence and hate speech propagated through its platform.

While several suspects have been arrested in the wake of the violence in Digana, Ampara and surrounding areas, including, most recently, two Army corporals, the role of social media platforms like Facebook in amplifying messages of violence has not been adequately examined. A delegation from Facebook met with the Government of Sri Lanka and committed to work with them to combat hate speech. However, the contents of that discussion are not in the public domain. It is not clear to what extent Facebook will be willing to work with representatives of civil society, some of whom have been flagging content on Facebook that violates its own Community Standards, for years.

Social media has long since been identified as a vector for hate speech and incitement of violence against minorities, from previous experience in Sri Lanka and from the troublingly similar case of Myanmar. Some of the posts reported include instances of hate speech, the promotion of violence against women and harassment of the LGBTIQ community. Yet many of these remain online even after being flagged.

The lack of unbiased Sinhala-language moderation is regularly cited as one of the root causes why pages regularly posting abusive content along these themes are allowed to thrive online, despite sustained reporting from concerned users.

CPA has over a number of years published reports on hate speech in Sri Lanka, including the first in South Asia looking at hate speech on Facebook, using the dangerous speech framework created by Prof. Susan Benesch. These reports have been translated into Sinhala and Tamil, and presented to Facebook by CPA researchers in several instances, with no response.

We call on Facebook to engage more actively with civil society in combating the issues raised in this letter.

In solidarity with and support of a letter signed by leading civil society organisations from Myanmar addressed to you recently, we, the undersigned, also felt compelled to write to you to take urgent, meaningful and sustained measures to ensure Facebook’s Community Standards are implemented in local languages and contexts. This is particularly important in countries and contexts scarred by violence or war and feature underlying communal, religious, ethnic, political and gender disparities.

We remain deeply frustrated when reporting Facebook posts and Pages perpetuating everything from gender-based violence and violence against the LGBTIQ community to hate speech, with little to no support from your platform. This is particularly so for content in Sinhala, one of Sri Lanka’s national languages, and widely used on Facebook by around the six million monthly active users from the country.

On September 7, 2017, we reported a photo featuring a poem in Sinhala. The text, written from a woman’s perspective, suggested that women often said “no” when they “meant yes”, because they were shy. As vital context, in 2017 alone, there were 2,438 cases of statutory rape and 294 cases of rape reported, according to Police statistics. None of those cases ended in convictions that year. You took two days to respond, and said that it did not violate your Community Standards, even though your Standards commits to the removal of content that promotes sexual violence or exploitation.

During the 2017 Lanka Comic Con, several Facebook page admins made memes body-shaming many women who cosplayed at the event – many of which were in Sinhala. In March 2018, many of these posts remained online, despite users banding together to mass-report the pages and specific images. Instead, a photographer reporting one of his images on the grounds of copyright violations was taken down. This response by Facebook, prioritising intellectual property over a user’s personal safety and gender violence online, is a move that several victims found extremely disheartening. This, despite your Community Standards having a specific section dedicated to the removal of altered images used to degrade private individuals.

On-going research being conducted by the Centre for Policy Alternatives, Hashtag Generation and Ghosha on technology-based violence against women highlights the repeated and non-consensual dissemination of personal and intimate images on your platform, as well as posts either harassing women or propagating violence against women. Yet many of these posts remain online, even after being flagged. Further, posts promoting harassment of women also continues to occur in Tamil, moderation for which should technically have more support given the widespread use of the language in India and other parts of the world, unlike Sinhala, which is only used in Sri Lanka.

We flag with concern that there is no transparency around the identity of those moderating flagged posts in Sinhala, or importantly, their gender. Users should know whether the content reported is being reviewed by someone fully able to comprehend – and possibly even relate to –issues raised, and the context they are raised in. This is doubly essential in cases involving minority sexual orientations and gender identities. Your platform has also been continuously used to incite violence against religious minorities.

At the very least, the company should make clear the number of moderators assigned to deal with user generated reports around content in Sinhala, in which Facebook office or time zone they are located in, as well as their gender. There should also be a clear commitment to look into and resolve user generated reports within a specific time period, which during heightened violence, must be further reduced.

Our concern is tied to your platform’s inability and unwillingness to take down explicitly genocidal material and other content inciting hate, during violence over recent months that gripped the Gintota, Ampara and Kandy regions in Sri Lanka. For example, in March 2018, a post in Sinhala during riots in Kandy, the Central Province of Sri Lanka, remained on Facebook for six days after it was first reported. The post called for the ‘killing of all Muslims, without sparing even a child, because they are dogs’ – a polite translation of sentiments far more horribly expressed. Incredibly, Facebook responded to the user who reported this post saying it did not violate any guidelines. Again, this raises questions on the identity of the moderators, if any, who are reviewing content in Sinhala and who appear to either not be conversant with your platform’s Standards on Hate Speech, or worse, are sympathetic to the sentiments expressed in such posts!

Ethno-nationalism and incitement to violence online, coupled with the impunity enjoyed by those responsible, is not unique to Sri Lanka. These patterns of abuse almost directly mirror the situation in Myanmar, where the United Nations has explicitly named Facebook responsible for allowing the spread of hate speech. This leaves activists and journalists, many of whom are colleagues, friends and fellow activists, deeply concerned over the possible situation should these issues be allowed to escalate, if hate speech on social media platforms are not addressed by multiple stakeholders.

We wish to remind you that the Centre for Policy Alternatives has, over the last four years, published reports on hate speech in Sri Lanka, using the dangerous speech framework created by Prof. Susan Benesch that connects the speech to incitement of violence. Liking Violence, in the aftermath of the Aluthgama anti-Muslim riots, attempted to highlight the extent to which hate speech towards minorities was pervasive in Sri Lankan social media spheres. The violent discourse towards Muslims is a combination of accusatory rumours with no scientific basis and calls for violence against the community. It was the first report of its kind in South Asia, flagging even as far back as 2014 the role and relevance of Facebook as a primary vector in the production, spread and engagement with content inciting violence and hate. Saving Sunil looks at how a page created around a cause quickly becomes a vessel for hate speech. The report notes that hundreds of ‘similar groups will not doubt continue to mushroom on Sri Lanka’s social media fabric’, more so if those who spread hate speech enjoy impunity and are not held accountable for what they post online. Voting in Hate notes that Facebook groups created to conduct political discourse are appropriated to promote hate speech thinly veiled as political speech, targeting political parties and candidates based on their ethnicity, religion or gender. These reports have been translated into Sinhala and Tamil and presented to multiple representatives of Facebook by lead author and Senior Researcher Sanjana Hattotuwa on several instances, over several years.

Furthermore, these issues were raised directly and openly with Facebook representatives at the Global Voices Summit in December 2017 , at interactions with Facebook held at the Government Information Department, and at the Digital Disinformation Forum, held in June 2017, organised by National Democratic Institute for International Affairs with the Centre on Democracy, Development and the Rule of Law at Stanford University.

Not a single one of these submissions have merited a meaningful response to look into the problems captured with evidence and data.

Tellingly, Facebook chose to primarily respond to representatives from Government only after being blockedduring the recent riots in Kandy. Even after this, Facebook chose not to meaningfully engage with civil society actors who have been reporting abuse on your platform, for years. After the visit of senior Facebook representatives to Sri Lanka in March, the company committed to work with the Government to restrict hate speech on the platform. While appreciating this late interest in Sri Lanka and content in Sinhala, we remain deeply concerned these discussions took place behind closed doors without even a single civil society representative present or informed. Further, there has been no official statement from Facebook around what was discussed and agreed to, despite repeated requests. In light of what has been, and continues to be, a censorious approach by government that risks privacy and the freedom of expression over expedient and parochial measures taken address hate speech, we fear Facebook will be co-opted into officially sanctioned measures to stifle political dissent. Due to the lack of a consultative process, your best intentions may well lead to the worst outcomes.

These are not unfounded fears. Facebook chose Sri Lanka as one of just a few countries to trial the “Explore Feed” feature, pitched as an experiment to allow for more meaningful interaction with friends and family. The feature adversely impacted businesses and news organisations in many of the countries it was implemented in and ultimately failed, for reasons that are not yet fully clear. We do not know why our country was selected, what the metrics of success were, what Facebook learnt from the trial, and what if any enduring impact it had on the algorithms that power our news feeds.

This secrecy at Facebook disempowers users and commodifies them. Adding to the issues above, the six million monthly active users in Sri Lanka do not know to what degree they have been impacted by recent revelations around Cambridge Analytica using data gleaned from your platform. Our concern is heightened given the impact that the revelations have had in India, affecting over half a million users, and in the Philippines, affecting a little over a million users, and where your platform has been weaponised.

In addition to placing on record your contrition around the serious abuse of Facebook platforms, in your written testimony this week to the US Congress you noted that the company’s priority is “protecting our community” and that it “is more important than maximizing our profits”. We welcome these sentiments, but concrete action has to follow words.

For too long, we have only heard about personal commitments, promises or apologies. We hope that moving forward, your company will seriously, urgently and meaningfully commit to working with civil society to address the issues we have raised herein, and in fact have flagged for years.

Thank you for your consideration.