On (political) mad dogs and quicksands ahead – Kishali Pinto Jayawaradene 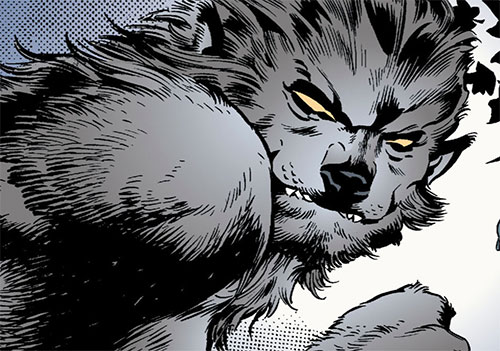 When mad dogs bark at the moon, the wise would probably advocate just a shrug and a sigh.

However in a country where those who have lost their senses to all intents and purposes capture the public space so belligerently, shrugging and sighing may not suffice. The tide of insanity is so high that we not only have a senior member of the Buddhist clergy calling for ‘even a Hitler’ to rule this country to bring it back ‘onto the right path’ (never mind the stupendously oxymoronic nature of that injunction) but also a northern state minister calling for a ‘revival of the LTTE’ if children and women of the North and East are to come home safely without being raped and hurt.

Perchance and by themselves, these voices are solitary signs of derangement. While the ‘even Hitler’ call marks the zenith of imbecility, the northern state minister and those who support her may be questioned as to how this new found emotion in regard to girls being raped in the North had been so lacking on her/their part in the past, as for example when schoolgirl Vithya Sivaloganathan was brutally abused and killed in a gang killing with links to the police and Northern political underworld.

Indeed in what can only be a despairing irony, the trial-at-bar at the Jaffna High Court at the time had found this same state minister responsible for taking steps to secure the release of the main accused in that case. So when the state minister laments about the breakdown of law and order in the North, is that (seemingly) distraught) outrage only to be evidenced when state officers are implicated in rapes and killings of girls and women?

But regardless of these hypocritically shrewd gambits to stay politically relevant, it is interesting that the national debate has been reduced to contortions and convulsions around these populist aberrations that would have been contemptuously dismissed at any other given time. Instead, these claims are elevated to a far graver symbolizing of the current political dynamic at play. This is what is truly worrying.

Is calling for dictatorships what the modern Sri Lankan mentality (Sinhala, Tamil, Muslim) all about in the final reckoning? Was the push for democratic reform in 2015 just a temporary quirk of that electoral day, brought about by intolerable Rajapaksa-excesses? Those of us immensely fortified by the democratic feat in disposing a family autocracy by the determined use of the ballot box are surely justified in questioning how one extreme can swing to the other in a veritably horrendous yo-yo game in a short space of three years.

True, the antics of the National Unity Government together with its uncritical cheerleaders in media and civil society played a large part in bringing about this sense of desolation on the part of the citizenry.

In one sense therefore, there is an uncanny resemblance in the national debate in the North and the South underlining the failure by the Government to secure the enforcement of the Rule of Law throughout the country. This is, in fact, the most striking commonality that helpless citizens from Devundara to Point Pedro face in their daily lives if only they could be brought to realize that simple fact and realize also that more commonalities in shared injustice bind them together rather than the (ethnic) differences that separate them. But instead of a sober and meticulous process of institutional reform that would have addressed the question of state impunity head on, what we had was bombastic rhetoric over transitional justice and constitutional reforms, both of which have dwindled to pale shadows of the grandeur of what was once promised.

In the first instance, these were not exercises undertaken with any genuineness in mind. Rather they were products of calculated political moves on a chess board where Sri Lankan citizens featured if at all, only as insignificant pawns to be sacrificed for the securing of political party up-manship. Let us be very clear on that point. If there was even a smidgen of honesty about that process, it would not have been manufactured in the way that it was, from the closeted corners of Colombo’s powerbrokers. While that by itself was unpardonable, the fact that no substantive course correction took place even in the second or indeed, when the Government faced a crushing reversal in its third year is unbelievable.

A dangerous turn in the political mood

But even conceding all these failures on the part of the political leadership, the dangerous turn that the political mood has taken is disquieting, to say the least. We are in a situation where Sinhala hawks now feel emboldened enough to call the Chairperson of the Human Rights Commission of Sri Lanka (HRCSL), a ‘spokesperson of terrorists’ and be published in that same vein in the purportedly mainstream media, as was evidenced recently to the incredulity of many.

This angst has apparently been occasioned over the role assigned to the HRCSL to vet members of the army being sent overseas as peacekeepers, in which arrangement, the Sri Lanka Army itself has expressed the highest confidence. But if allegations of this nature are made so blatantly and shamelessly, what does this portend? Who will commit to serving in independent oversight bodies with honour and dignity if to do so would result in calumnies leveled with such apparent impunity?

There was a time when to be labeled in this way meant immediate consequences, either in the form of physical harm including killings or by way of merciless character assassination. Is this the cheerless future towards which we are hurtling? If so, then there can be no return for Sri Lanka.

Halting a slide into the quicksands of bigotry

The time has come for voices of reason and moderation to speak out with force and conviction. Lest that call be misunderstood, I do not mean that an automatic alignment with the remnants of what is left of the rainbow ‘yahapalanaya’ coalition as it once was proudly referred to. Rather, what is needed is a powerful critical collective that will assert its will against the political establishment, untainted by association with one or the other political grouping holding forth on the national stage.

When human mad dogs appear to be steadily increasing, bringing back unpleasant recollections of a period where insanity was the order of the day, sharp and effective counter-rejoinders are called for. Otherwise our treacherous slide once again into the quicksand of bigotry and hatred will be unending