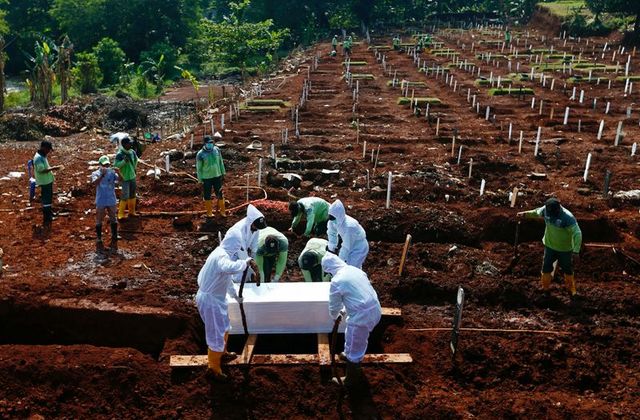 OIC-IPHRC expressed deep concerns over reports of forced cremation of bodies of Muslims who died due to Coronavirus by the Srilankan authorities as violative of the right to freedom of religion of its Muslim minority.

Jeddah, 04th November 2020:
The Independent Permanent Human Rights Commission (IPHRC) of the Organization of Islamic Cooperation (OIC) expressed its deep concerns over multiple reports indicating that Sri Lankan government is cremating all people who die due to Covid-19 Pandemic, effectively banning burials, a practice followed by many religious minorities including Muslims. The issue has been raised by many human rights organizations and the United Nations Special Rapporteur on freedom of religion and belief urging the Sri Lankan government to respect burial rights of its Muslim minority.

The International Human Rights Law, specifically Article 18 of International Covenant on Civil and Political Rights (ICCPR), protects the freedom of religion of all people, which includes manifesting their religion or belief in worship, observance and practice. Article 27 of ICCPR on the rights of minorities, further stresses that religious minorities shall not be denied the right, in community with the other members of their group, to enjoy their own culture as well as to profess and practice their own religion. Here it is pertinent to recall that the measure of forced cremation by the Srilankan authorities is not covered under any health advisory prescribed by World Health Organization to enhance governmental responses to the Covid-19 Pandemic. Hence, there is no reasonable justification to enforce cremation as an obligatory measure.

Accordingly, IPHRC urges the Sri Lankan government to fulfill its human rights obligations by protecting and respecting the right of its Muslim minority to practice their religion free from any discrimination, including the uncompromised right to honor the dignity of their dead in line with their religious beliefs and obligations.