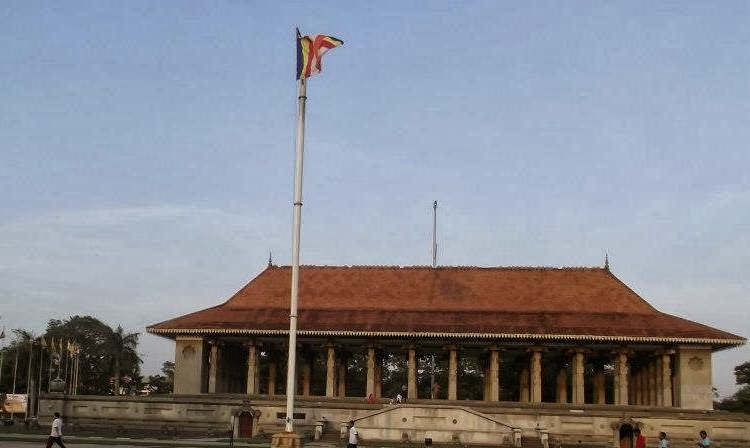 UN Human Rights Commission in Geneva states that although at a discussion about peace and reconciliation, UN High Commissioner for Human Rights Ms. Navi Pillay had raised questions regarding the Buddhist flag hoisted at the Independence Square, she had made no statement with regards to the statue of late PM D. S. Senanayake.

The media spokesman of the UN Human Rights Council Mr. Rupert Colville says that it can be said with confidence that Ms. Pillay did not make any comment with regards to the Senanayake statue during her official visit to Sri Lanka.

Mr. Colville has informed the media through E-mail that a proper statement regarding the matter will be issued during the course of the oncoming few days.

His statement reads that the High Commissioner had indeed questioned about the hoisting of the Buddhist flag at the Independence Square.

According to Mr. Colville, Ms. Navi Pillay had inquired about hoisting the flag of a particular religion at the Independence Square which is a national symbol common to all the citizens in Sri Lanka despite religion. The statement reads that she had pointed out that it could bring a sense of discrimination in the minds of followers of other regions.

Instead of the Buddhist flag, Mr. Colville says that the High Commissioner had suggested the Govt to hoist the National flag which is common to all the citizens in the country.
-BBC Sandeshaya-
SLM

Leader of the UNP Ranil Wickremesinghe yesterday (18th) accused the government of trying to distort its allegation that the United Nations Human Rights Commissioner (UNHRC) Chief Navaneethem Pillay, had wanted the D. S. Senanayake statue and the Buddhist flag removed from Independence Square.

Wickremesinghe, responding to questions by some Buddhist monks during a meeting held at Sedawatta Weheragoda Temple, said that Defence Secretary Gothabaya Rajapaksa had stated earlier this month, that Pillay during her recent meeting with President Mahinda Rajapaksa in Colombo, had objected to the presence of the statue of Sri Lanka’s first

The accusation was made about ten days after the UNHRC Chief had left the country, the UNP leader noted.

The UNP leader observed that at a meeting in Nathandiya last week, the President had confused the whole issue by attributing the allegation leveled by Gothabaya against the UNHRC Chief, to a foreigner who had come to Sri Lanka recently.

The conduct of the President and his brother appeared to be a move to justify uproot the D. S. Statue, he observed.

An attempt to remove the statue of the late Prime Minister S. W. R. D. Bandaranaike a few years back by selling the land on which it stood at Galle Face to a hotel had been abandoned due to public protests. Anything was possible with the Rajapaksa regime which would not hesitate to concoct any story to achieve its objectives,Wickremesinghe said, noting that due to the President contradicting his brother,i t had become difficult to obtain a written response from Pillay to the allegation levelled against her.

Commenting on the use of Kumaran Pathmanathan the LTTE’s former Chief arms procurer in the ongoing Northern Provincial Council Election campaign,Wickremesinghe said it would antagonise India since he was wanted in connection with the killing of its former Prime Minister Rajiv Gandhi.

K.P. was also a suspect in connection with the LTTE attack on the Dalada Maligawa, the UNP leader said, adding that if any other party had embraced a former Tiger leader the way the Rajapaksa regime had done they would have been branded as traitors
IS