(OFFICIAL) UAE, Bahrain make Pfizer/BioNTech shot available to those who got Sinopharm vaccine 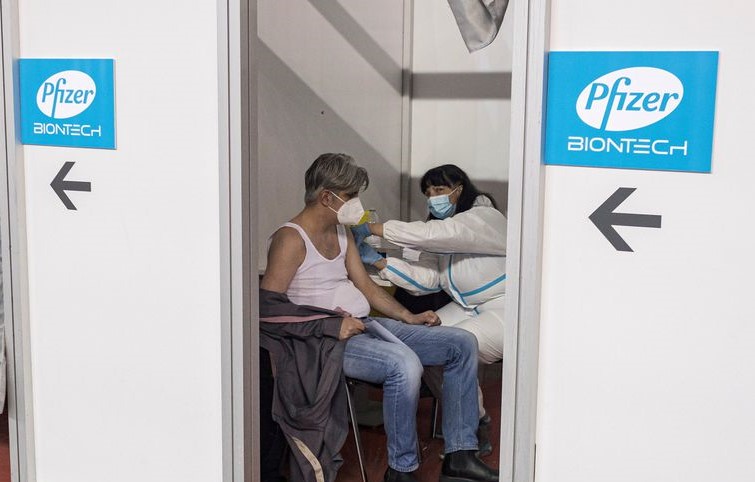 The United Arab Emirates and Bahrain have made the Pfizer/BioNTech (PFE.N), coronavirus vaccine available as a booster shot to those initially immunised with a vaccine developed by the China National Pharmaceutical Group (Sinopharm).

The Gulf states, which have vaccinated large portions of their populations, initially started inoculating residents and citizens with the Sinopharm COVID-19 shot before later introducing other vaccines.

Bahrain is currently fighting its biggest wave of infections, while the UAE is recording nearly twice as many COVID-19 cases as it was seven months ago.

In Abu Dhabi, the UAE capital, a booster shot is available six months after the second shot had been administered, said a representative of Mubadala Health, part of the state fund.

A different vaccine can be provided as a booster shot but it is at the recipient’s discretion and health professionals do not make recommendations, the representative said.

Abu Dhabi has offered the Sinopharm shot to the general public since December and started using the Pfizer/BioNTech vaccine in April. It has been offering third Sinopharm doses since at least last month after it was discovered the shot had not created enough antibodies for some recipients.

In Bahrain, a government representative similarly said those eligible could receive a booster dose of the Pfizer/BioNTech or Sinopharm vaccines regardless of which vaccine they had initially taken.

“The government is not recommending which booster shot is chosen,” they said.

Bahrain saw daily infections peak last month at around 3,000. The UAE is currently reporting around 2,000 cases a day, down from a February peak of 3,977 but about twice as many as it was reporting in early December.

There have been concerns about the efficacy of the Sinopharm vaccine, granted emergency approval by the World Health Organisation (WHO) in May, due to limited published clinical data being available.

The Chinese vaccine is 78.1% effective against symptomatic COVID-19, according to a study published last month in the JAMA medical journal.

However, researchers said the data from the study, conducted in countries including the UAE and Bahrain, was insufficient for the elderly and those with chronic diseases.

However, those in Bahrain who are older than 50, are obese or have chronic illnesses were being urged to take a Pfizer booster shot six months after receiving their second Sinopharm dose, he told the paper.

Above image: A man receives a second dose of the Pfizer-BioNTech vaccine against the coronavirus disease (COVID-19) at the hall three of the Belgrade Fair, in Belgrade, Serbia, April 13, 2021. REUTERS/Marko Djurica/File Photo