Northerners rise up against grabbing land for HSZ 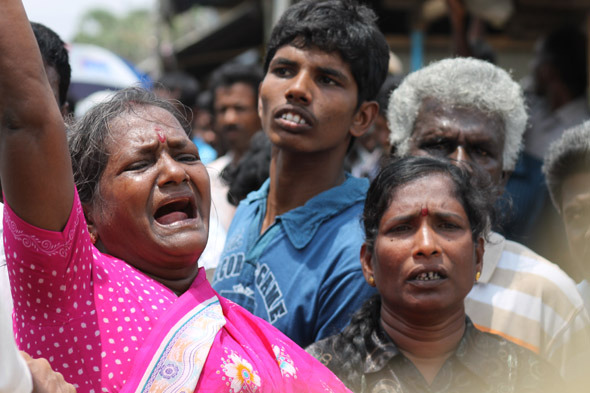 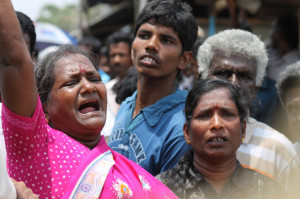 More than 1000 uprooted people gathered yesterday (29) morning in front of the Divisional Secretariat at Thellippazhai, situated near the entrance to the former High Security Zone (HSZ).
Despite the refusal by the SL Police to stage any protest march on the Kankasanthurai Road, the people who rallied peacefully from 8:30 to 11:30 in front of the DS office, started to block the entrance of the DS office and embarked upon a spontaneous march towards the entrance of the HSZ.
The riot control police commandos and the SL military men blocked them in front of the SL Police Station located on KKS Road.
As the police obstructed their way by putting barriers the aggravated protesters began cusring the government.
In the meantime, the SL military and its intelligence operatives were deployed in threatening the uprooted people not to attend the rally. The SLA was restricting the movement of uprooted people who are staying in so-called welfare camps. Private bus owners were warned not to provide their buses to the organizers of the protest.
The rally saw the participation of Tamil National Alliance, Tamil National Peoples’ Front, Democratic Peoples Front politicians, civil society activists and religious dignitaries.
Tamil National Alliance (TNA) MP Mavai Senathirajah, M.S Sumanthiran , Sritharan ,Tamil National People’s Front (TNPF) MP Selvaraj Gajendran,General Secretary of the Tamil United Liberation Front (TULF) Ananda Sangari also participated in the protest.
The appropriation of Tamil civilian lands at Jaffna HSZ in Valikaamam was declared by the Land Acquisition fficer of Jaffna district on April 22nd. 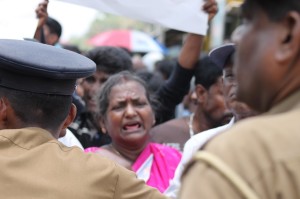 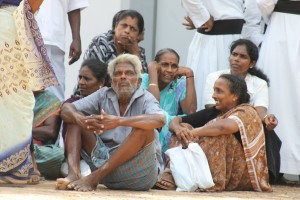 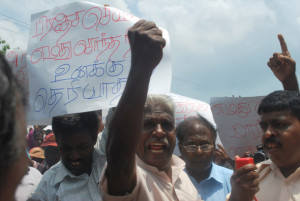 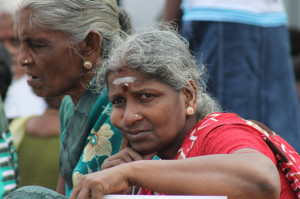