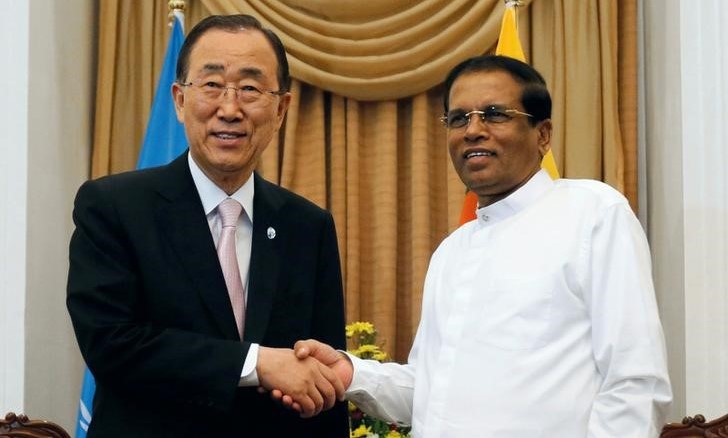 President Sirisena at a meeting with newspaper editors and media heads this morning pledged to resolve land in issues in the Northern Province within three months.

“We, as a government should understand the grievances of the people. They don’t need lands owned by the military. They ask for their own lands. We have achieved remarkable progress on resettlement. But, there are some problems that need to be resolved,” he said.

“At this point, we have informed all IDPS in writing about the status of their lands. We have to admit that there is a delay on the part of the Survey Department as they do not have sufficient human capital to fast track the process,” the President said.

He added however that land issues in the North would be resolved in three months, despite these practical difficulties.

Commenting further on the matter, the President said those who staged protests in the North, on the land issue, had vested interests:

“Some of their demands were fair. But, they do not support our attempts to resolve their problems. They prevent government officials from surveying their lands.”

“I identify this as a well-organised campaign to hamper any possible solution. It is quite clear that a certain group wants to keep IDPs in their camps forever.”

“They want to perpetuate this issue and capitalize on the grievances of the helpless,” he stressed.

“When the UN Secretary General announced his visit to Sri Lanka, I expected a series of large scale protests in the North. But, the situation turned out to be different. There were only several minor protests in some places.”

“However, we do not intend to claim that their demands are totally dismissible,” the President explained, at the meeting.
dailynews.lk