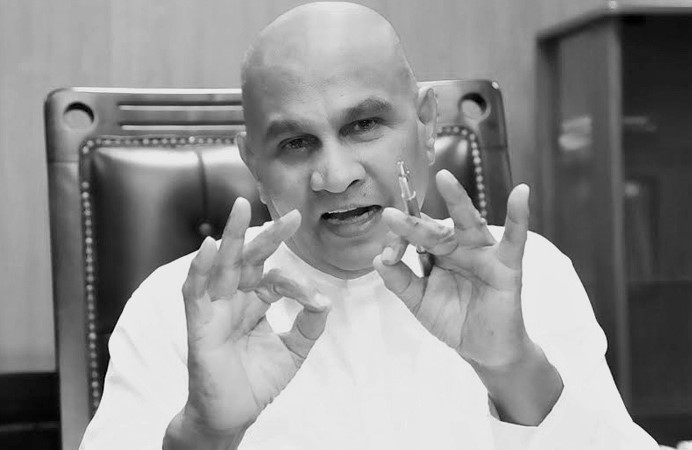 Governer has said that military  has nothing to do with AAVA Group.

The so called AAVA group has been in the  news for harassing people in the North of Sri Lanka for some time now.

The Governor has said as of the information he has received, it was clear the Army was not behind the AAVA Group while  responding to a question by a journalist at a press conference at his Office in Battaramulla.

When asked about the comment by Co-Cabinet Spokesman Minister Dr Rajitha Senaratne that AAGA group was formed with the assistance of former Defence Secretary Gotabhaya Rajapaksa and certain military officers, the Governor said the Minister before going public with that comment should have communicated any such information he has with relevant authorities.

Giving an indirect advice  Minister Senarathna  had reportedly said that “rather than saying it to the media, it is better if the minister had communicated it first to the Cabinet, State Defence Minister, Defence Secretary, President or the Prime Minister.”