North-East people’s protest for justice reached the goal of 100 days! 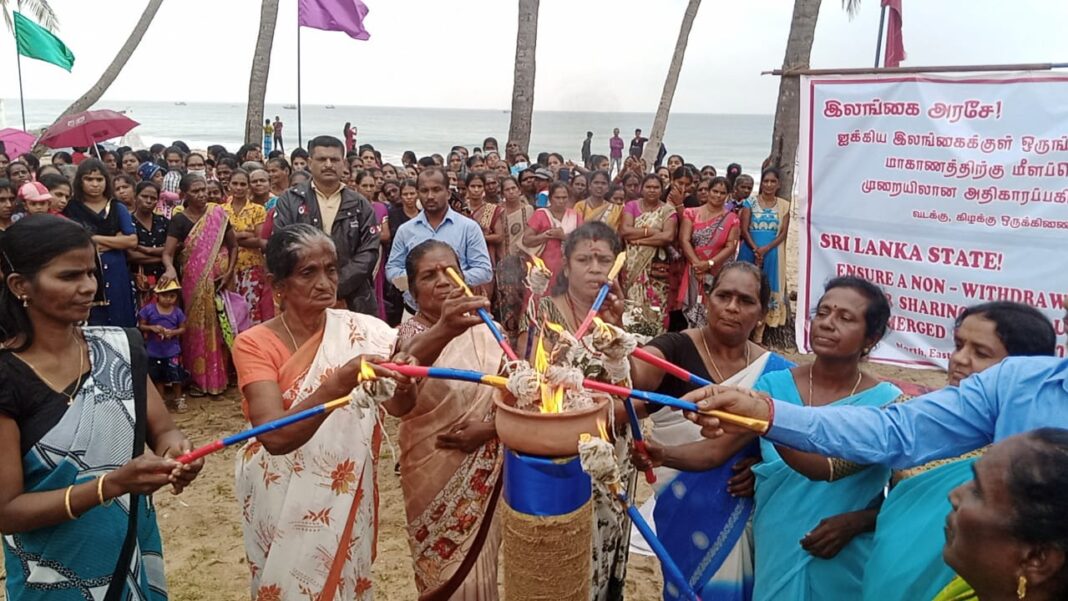 Image: protest in Ampara
8th November 2022,was the 100th day of the hundred days of activism which has been continuously launched by civil society organizations and community groups in North and East areas demanding a dignified and righteous political solution for the long-standing national question.  This is totally a people’s initiative without any political influence.
For 100 days the activism was taken place rotationally in all eight districts in different villages there by the activism reached 100 villages and local towns. First time in the history of the Tamil-speaking people, ordinary people themselves have taken the leadership to demand their political rights.
On this 100th day,  thousands of Tamil-speaking people from all eight districts of  Northern and Eastern provinces of Sri Lanka have come together and publicly read the People”s Declaration for a “Non-Withdrawable Federal Model Power Sharing for Merged North Eastern Province”.  Amidst the heavy raining people gathered to demand their rights. Alson with them Tamil politicians also joined in some of the districts.
The hundred days campaign was initiated by the North East Coordinating Committee (NECC).
Read: People’s Declaration – NECC – 08 Nov – 2022
Share
Facebook
Twitter
WhatsApp
Pinterest
Email