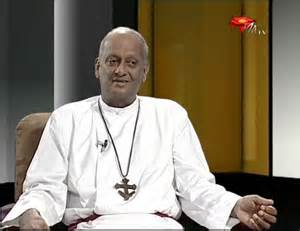 SRI LANKA: Inter-religious integration—Inclusion not intrusion
A Reflection by Bishop Duleep de Chickera
Over the past months Sri Lankans have been educated on two Arabic words: halal and haram (that which is permissible and not permissible). Unfortunately the circumstances of learning have been an unprecedented antagonism towards the Muslim community much deeper than the halal issue. This trend must be addressed without delay by the government and all religions before it spirals into a much wider conflict, which the country can ill afford.

The government’s responsibility is to do what all governments are mandated to do: ensure the prompt implementation of law and order without fear or favour to any. This should include steps to curb the provocation of religious animosity and ensure the security and dignity of the Muslim community; an intrinsic part of the nation from well before the Ninth Century.

That this has not happened is worrying since the government is more than capable of restoring order. It consequently suggests that there is an anticipation of political gain in the campaign against Muslims. If this is the case— and the weight of the foremost authority appointed to protect all is seemingly behind a divisive sectarian force—an afflicted minority has every right to feel betrayed. In this state of vulnerability they have an equal right to expect goodwill and solidarity from their neighbours of other religions in particular.

That this too has not been substantially demonstrated is an equally disturbing feature of today’s multi-religious society. More than anything else, it points to the failure of moderates of all religions, including Islam, to fulfil certain essential obligations that feed inter-religious integration.

These obligations are:
That moderates of all religions should sustain mutual relationships of friendship and trust in times of tension as well as in harmony.

That moderates should welcome the distinct presence of the other, gather the liberating resources that their respective religions offer and strive together to eliminate humankinds’ common life threatening enemies such as poverty, greed, violence, abuse, discrimination and so on. (We have done this with ease in the areas of food, dress and music. But it has to spread to include moral values and spiritual insights that impact on the socio-political quality of life as well).

That moderates should sustain a restraining dialogue with those within their own camps whose categorical views and behaviour are likely to hurt the religious sensitivities of others.

And that moderates should engage in self-scrutiny; keep an ear to the ground and an ever vigilant eye on any provocative or offensive message that the practice and behaviour of their respective communities may convey to others, no matter how sincere the intention may be.

It is precisely a disinterest and bankruptcy in the potential of these obligations that has polarised, paralysed and prevented the religions from anticipating the emergence of the current anti-Muslim campaign and arresting its escalation.

A conversation in the Bible between Jesus and a group of people addresses this type of stalemate. Jesus is informed of an act of political violence in which Pilate has massacred 30 persons from Galilee (the socially cosmopolitan and politically restless region in Palestine). He immediately vindicates those massacred leaving his listeners to guess who then was guilty, refers to another incident of violence to indicate a trend in sectarian violence and promptly calls his listeners, who imagined they were neutral and safe, to “repent” lest they also “perish”. (Luke 13.1-5)

The point is clear. None remains neutral when sectarian violence becomes a trend. All inevitably get sucked in as victims or violators whether active or passive. So all, including those who think they are neutral are to repent. They are to stop, take note of happenings, look within, examine their inner motives in relation to the highest values of their religion or ideology and re-emerge with a reconciliatory stance.

At the height of the anti-conversion tensions towards the middle of the previous decade, the Congress of Religions refused to remain neutral. As it engaged in intense reflection on the issue, the complex task at hand became clearer. This was to recognise the crisis, take responsibility for the insensitive behaviour of some within its respective religions, honour the teachings of its respective religions, safeguard the democratic freedom of choice and stay together through it all. The reconciliatory outcome was a proposal for a national inter-religious council as an alternative to legislation, with authority to address inter-religious tensions and much more, build inter-religious goodwill and trust.

On hindsight one wonders whether if this proposal had been implemented by the then government, the current anti-Muslim campaign would not have been sensed and dealt with in its early stages; at the table and not on the streets.

At a recent inter-religious conversation, a participant turned to the others and invited a critique of his own religious community in order that it may engage in self-correction. This type of question usually says more than is asked and has a lesson for all. Each is privileged to learn from the other about one’s own religious behaviour. But this can only happen when sufficient goodwill and trust has been built and the religious ‘other’ is invited with respect from the periphery into the middle of the discourse.

Living with integrity with other religions is never a betrayal of one’s own; rather it exposes the superfluous and sometimes harmful beliefs and practices that have accumulated within our respective religions over the years. From here the courage to discard these excesses ironically draws us back to the core of our own legitimate beliefs and practices and motivates us to welcome, live with and work with the ‘other’.

When this happens, the distinction between a world religion and a cult is clarified and the course of history also influenced by religious sensibility. If not, all religion, not just the ‘other one’, deserves to be judged by a world which will simply look elsewhere for light and life.

With Peace and Blessings to all