No, PM Rajapkasa didn’t say so; Yes, there are Montessori kids in Parliament – Ruling party spokeswoman 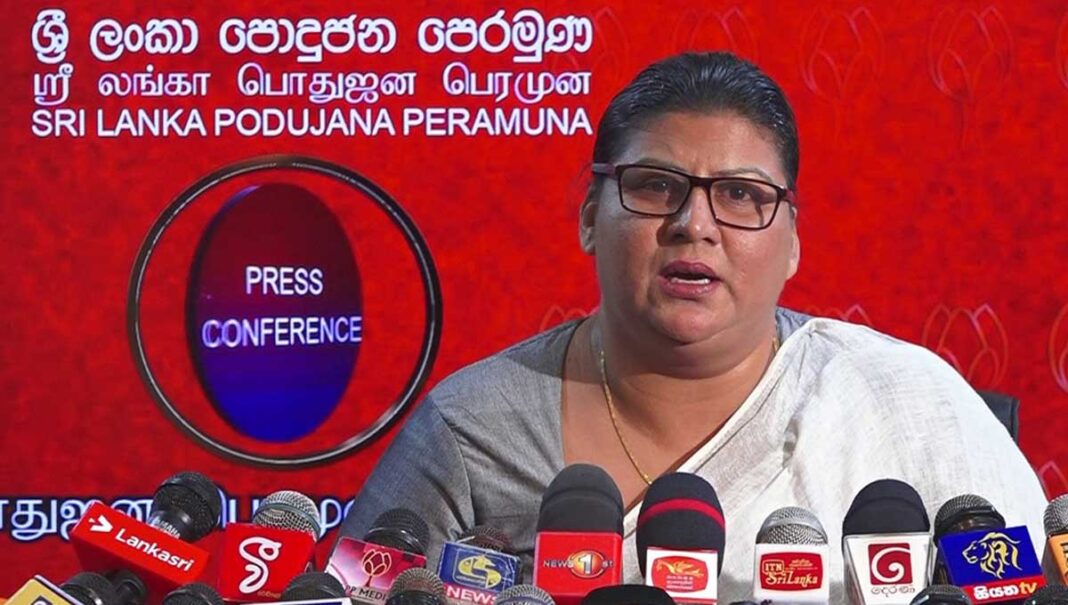 Prime Minister Mahinda Rajapaksa did not state that permission will be granted for the burial of the bodies of those who died of corona infection, says SLPP Parliamentarian Kokila Gunawardena. She was speaking at a media briefing held at the ruling party headquarters.

Here is a translation of the questions asked and answers that were given at the media briefing:

journalist(s): Didn’t the PM Hon Mahinda Rajapaksa say that those with Coronavirus could be buried?

SLPP Parliamentarian Kokila Gunawardena: What the PM very clearly said what not Coronavirus deaths, but about the possibility for burial after death, in response to question posed by MP Marikkar. He said it was ok to bury.

Journalists(s): But we always buried (people). No one was opposed to burials!

MP Kokila Gunawardena: Very clear, about this issue of burying Coronavirus victims, the President, the Prime Minister or Ministers can’t pass any judgement. There is an Expert Team for this.

Journalist(s): With the PM’s statement, the Pakistani PM Imran Khan has expressed his pleasure Muslims who died of Coronavirus will now be allowed to be buried, and that the Sri Lankan PM is supportive of this. Foreign media is reporting this, that the government of Sri Lanka accepts this. You Madam, as SLPP spox and part of a Govt media conference, now says the PM didn’t say anything of the sort!

MP Kokila Gunawardena: What the PM very clearly said is about burial after death. Not about the burial of Coronavirus victims.

Journalist(s): But to ask if it is ok to just bury, those in Parliament are not in a Montessori!

MP Kokila Gunawardena: Actually, there are Montessori kids in Parliament.

Earlier on 10th Feb. Colombo based media reported that PM Rajapaksa saying that “permission will be granted for the burial of the remains of COVID victims in Sri Lanka”. The Prime Minister made the announcement when questions were raised on the Government’s rejection of burials, which is practiced in other countries.

Sanjana Hattotuwa reacted to this unfolding situation with a sarcastic tweet:

Spent some time writing this comprehensive guidance for diplomats in #SriLanka who very enthusiastically, publicly & without a moment's hesitation welcome statements by pathological liars. You're welcome. pic.twitter.com/cOMVkxFLYo