No original Sinhala Settlements in Mullaitivu 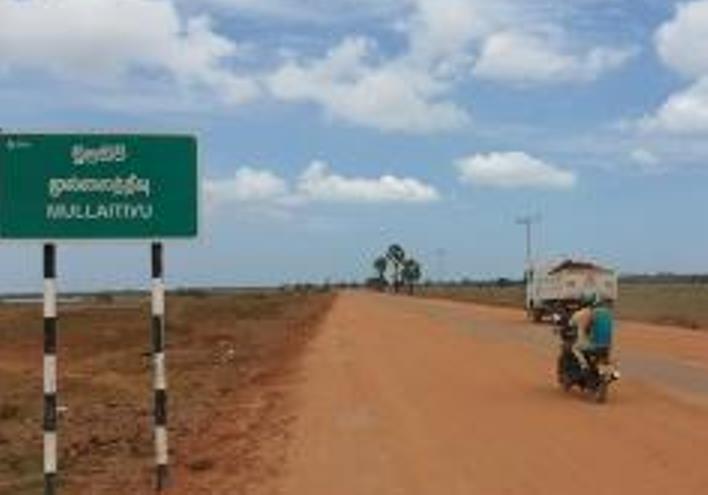 BY Mirudhula Thambiah.
Northern Provincial Council Member representing the Mullaitivu District Thurairaja Raviharan said during the war period Mullaitivu and Kilinochchi Districts were totally cut-off from government administration. But after the war the lands that had permits were converted to lands with deeds and new ownership was created during the Rajapaksa regime. However, the original ownership was ignored.

What exactly is the controversy regarding the Buddhist Temple in Kokkilai? There are allegations that you have threatened the Chief Incumbent of the temple, what is your justification?
A: I don’t have any necessity to cause threat to the Chief Incumbent of the temple. I have evidence that there were no Sinhala settlements in the Mullaitivu District; only after 1981, according to a gazette notification, were some people from the South settled in the area. Thus it is evident there were no Sinhala people in the Mullaitivu District and they have just made settlements in the 1980s. Even the gazette notification states that they were settled in Kokkilai.

Therefore, those who have built the Vihara in Kokkilai cannot argue that there was one before that in the area. I also have the deed of the land where the Buddhist Temple had been built in Kokkilai. The owner of the land is one Somasundaram Thirugnanasampanthar. Now he isn’t living anymore but it belongs to his son

Thirugnanasampanthar Manivannathas. After resettlement in 2010, he was not permitted to enter his own land; instead a Buddhist monk had illegally grabbed his land. This Buddhist monk had obtained the security of the Army at the Kokkilai camp.

There were fences around the land of Manivannathas, but that was removed and the land was illegally grabbed by the Chief Incumbent of the said Buddhist temple.

Therefore, in the initial stages when the construction activities of the Vihara was taking place I went to the area to speak to the Chief Incumbent but each time I was given excuses. I actually went there to explain the situation that the majority living in the Kokkilai area are Tamil families. They are either Hindus or Catholics. They are strictly against the building of the Vihara in this area. Will they allow building a Kovil or a Church in the Southern parts where there aren’t any Hindus or Christians? This is unfair by those who have been traditionally living in Kokkilai. The specific area where the Vihara is situated belongs to four owners and it is four acres in extent. Each acre belongs to each of them. One acre belongs to the Kokkilai Rural Hospital. However, the hospital authorities had been silent since 2011; but the private owners are very much worried and unhappy that their lands have been taken under control by the Vihara authorities. The private owners are living in alternative shelters and huts. They were not allowed to resettle in their lands since the later part of 2010.

There is no development in this issue. Even the State authorities who are aware of the land laws are keeping silent. It is their duty to intervene and help the innocent land owners who have been living in alternative places during the past years. The Vihara area does not have any Buddhist families living in the vicinity. There are some fisherman families who are living near the Kokkilai Lagoon; they have come from the South for livelihood. However, they are Catholics and it is quite puzzling as to why a Vihara should be built in this area?

I’m not talking racism, this is a burning issue. We must solve this issue for the people of the area who had been traditionally living there as they are unhappy that the Vihara is built in private lands. How could it be racism if I happen to speak of the actual situation?

Accordingly, the Weli Oya Division was created without any official announcement. Certain areas from Vavuniya North (mostly the Southern part of Vavuniya North Division) had been attached to the Weli Oya area. However, earlier these areas were part of the Anuradhapura District. In 1981 many land acquisition activities took place under the 1,000 acres project, Kent Farm project and Dollar Farm project. These acquisitioned lands were taken to create the Weli Oya Division. People from the South were brought to this area for settlement. Some 2,524 acres of paddy lands from Kokkilai, Kokkuthoduvai and Karunattankerni of 601 beneficiaries were given to the people settled in the newly created division of Weli Oya during former President Mahinda Rajapaksa’s regime in the post war period. Land deeds have been distributed to the people who were settled in Weli Oya with the signature of former President Rajapaksa. Not only Weli Oya, but there are, other areas too, in which some illegal settlements are taking place, but Weli Oya is the highlighted area.

?: You and your colleagues at the NPC have continuously made allegations against the southern fishermen who enter the Kokkilai Langoon area for livelihood. However, there are reports that these fishermen have been traditionally fishing in the area. What is justification for your allegation?

A: About 20 acres of land near the lagoon area belong to the Tamil families in the division. They are the owners of these private lands. The ‘Paadus'( huts) in the lagoon area to store fish, belongs to 11 Tamil fishermen in the area, according to the gazette published in 1965. Only one Paadu belonged to a fisherman from the South. He had been a businessman who had come to the area and he is quite influential. However, currently the southern fishermen are obtaining direct permission from the line Ministry to enter the lagoon. If so what is the use in having a Fisheries Department at district level and the Provincial Fisheries Ministry? Currently all Paadus are taken over by the fishermen from the South, and the Tamil fishermen families who have traditionally lived in the area are unable to carry on their livelihood activities.

The World Bank has announced that Mullaitivu is the poorest district in Sri Lanka. The reasons are that Mullaitivu is mainly based on fisheries, therefore there are many obstacles to the livelihood of Tamil fishermen; similarly there are illegal colonizations taking place and the resources are not utilized properly.

In the initial stages after the war these fishermen from the South were just involved in seasonal fishing but gradually they permanently settled in the area which has adversely affected the Tamil fishermen. Where will they go for livelihood?

They were initially working under the 11 owners who control the Paadus. In the current context around 200 fishermen families in Kokkilai have requested for lands and houses which had been illegally grabbed. Therefore, I would like to question if, the gazette issued in 1981 is just another piece of paper?

Why do you think Mullaitivu has the highest number of land issues?
A: During the past 30 years land issues have not been addressed properly. Most of the lands in the district only have permits. Proper documentation has been ignored and therefore those who want to grab lands are just making use of it and the security forces are providing security to the illegal land grabbers.

During the war period Mullaitivu and Kilinochchi Districts were totally cut-off from government administration. But after the war the lands that had permits were converted to land deeds and new ownership was created during the Rajapaksa regime under his signature. The original ownership was ignored. I vehemently condemn this action.

As I said earlier they have created the Weli Oya division in which the lands of Tamil farmers were grabbed. These farmers were carrying on agriculture as their livelihood. The creation of Weli Oya has created a lot of trouble for these farmers. Their lands have been grabbed for the new settlement during the previous regime.

Even the Mahaweli Development Scheme is another plan to make the Tamil people of Mullaitivu District a minority. The majority community will become the majority even in Mullativu.

The families in Weli Oya could have remained under the Anuradhapura District. Grabbing the lands of Mullaitivu paddy cultivators and settling the people of the South is illegal and why haven’t any of the current authorities understood the situation? Why haven’t they understood the grievances of the Mullaitivu people?

These colonization activities will not end here and it will even continue to occur for another five to ten years. We are aware that similar activities are now being carried out in the Nayaru area.

Tell us about the five-member medical committee appointed by the Northern Chief Minister to examine the chemical injection issue of former LTTE cadres?

A: It is a known fact that the LTTE cadres emphasized at the sittings of the Consultation Task Force on Reconciliation that they were injected chemicals during the rehabilitation process and about the complex health situations faced by them since recently and some have died due to mysterious diseases, which are still unknown. Some suspect it is cancer and others are clueless.

However, the NPC has appointed a five-member committee to conduct a medical survey with experts from the Northern Health Ministry, Jaffna Teaching Hospital and the Medical Faculty of the Jaffna University. I hope this committee will be able to solve the confusions faced by families of former LTTE cadres.