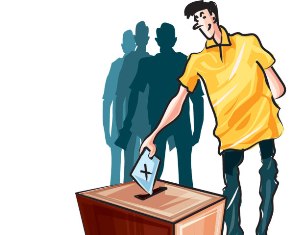 How fair are our elections?  .- Editorial Daily Miror
All Elections Commissioners, the incumbent and all his predecessors have assured the country on the eve of every election, local or national, that candidates would not be allowed to misuse state resources and official powers during the particular election. But it is a well-known fact that state resources and official powers vested in various people had been utilised freely and openly, mainly by the candidates of the party in power for their campaigns. Ridiculously though,  no  Commissioner so far had the decency to at least acknowledge, that he had failed to keep his assurance, leave alone repenting for his failure.

Elections Commissioner Mahinda Deshapriya, against this backdrop has to be commended for his prompt action in cancelling the recruitment of several officers made to the Jaffna University, after the announcement of elections to the three Provincial Councils – Central, North-Western and Northern. According to a news item published in the Daily Mirror on Friday, Mr. Deshapriya had taken this action following a complaint lodged by the People’s Action for Free and Fair Elections (PAFFREL), the longest-standing permanent local election monitoring body.

Elections are supposed to not only be free but also to be fair. The degree of freeness of an election is mostly visible unlike the fairness which is a complicated and tricky issue, to be implemented as well as to be monitored and measured. Fairness is so tricky that one may not distinguish the psychological bribe offered by politicians – mainly those in power – to the voter during elections from the obligatory service of people’s representatives. It is this ambiguity of fairness that is used by most ruling party politicians to hide behind, in order to bribe the voters at the expense of the state exchequer.

For instance, many governments of the past had opted to announce price reductions during or on the eve of elections, necessarily as a temporarily measure. With the announcement of elections sometimes the roads in a particular area are carpeted or paved with concrete, in most cases hastily and without due standards. There had been instances where electricity posts were brought to the areas that did not have power supply, only to be taken back after the elections. Sometime back, a politician in the south had been nicknamed “uludeiya” as he had distributed roofing tiles among poor people during elections. In some rural areas SLTB bus services were commenced or shamelessly recommenced before each election that covered the particular area and ceased after the election. These activities were talked about even at the wayside boutiques, though Elections Commissioners never heard of them.

Inauguration of development, rehabilitation or relief projects are timed in a manner that they coincide with election campaigns, sometimes extending into the last two days proscribed for campaigning and ceremonies are organised at the expense of public coffers, mostly with candidates being given prominence and sometimes with the participation of VVIPs. The hands of election authorities are well-known to have been tied in this regard.

In Sri Lanka, in most Presidential Elections one candidate is an Executive President who has the authority to mobilise the entire state machinery while the other candidates are just normal citizens. Hence the fairness in elections is confined to the book.

Also we have never had officials like the iconic former Indian Chief Elections Commissioner T.N. Seshan who once postponed a by-election in Tamil Nadu as the then Chief Minister Jayalalitha Jayaram announced a development programme in the particular constituency on the eve of the campaign, on the grounds that even announcing such a project was tantamount to psychological bribe. He had so many legal battles against the Indian Central Government as well. Sri Lanka too needs such powerful bodies.
DM