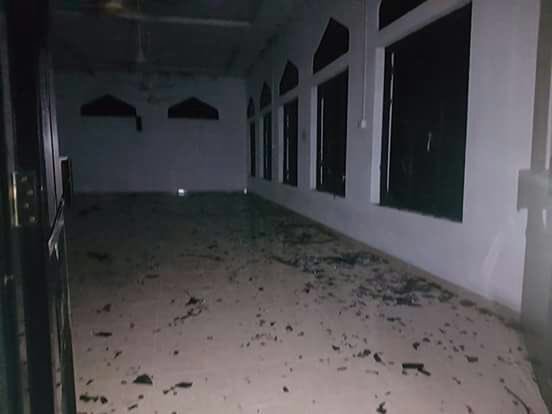 (Al Jazeera)At least five people were wounded and several shops and a mosque damaged in a clash between majority Sinhalese Buddhists and minority Muslims in eastern Sri Lanka, police said on Tuesday.

Renewed tension has been growing between the two communities since last year, with some hardline Buddhist groups accusing Muslims of forcing people to convert to Islam and vandalizing Buddhist archaeological sites.

Police had been deployed in the eastern town of Ampara to control the unrest after a Sinhalese mob attacked a mosque, four shops and several vehicles late on Monday, spokesman Ruwan Gunasekara said.

Gunasekara said no arrests had been made so far.

The Muslim Council of Sri Lanka (MCSL), an umbrella body that includes most Muslim organisations in the country, condemned the attack and requested the government conduct an impartial inquiry into it and arrest the perpetrators.

“The government has the sole responsibility to ensure the safety and security of all its citizens irrespective of religious belief, caste or ethnicity,” the Council said in a statement.

“This form of mob violence is continuing to grow and Muslim business establishments are targeted.”

Last year, diplomats condemned violence against Muslims and urged the government to uphold minority rights and freedom of religion after more than 20 attacks on Muslims, including arson at Muslim-owned businesses and mosques.

President Maithripala Sirisena and Prime Minister Ranil Wickremasinghe have promised to protect minorities, but attacks against Muslims have continued.

Muslims comprise around 9 percent of Sri Lanka’s population of 21 million. Buddhists make up about 70 percent and Hindus about 13 percent.

The government ended a full-blown 26-year civil war by defeating mostly Hindu Tamil Tiger rebels in 2009, with claims of atrocities on both sides.

The United Nations criticized Sri Lanka last year for slow progress in addressing war crimes and human rights abuses. The UN and rights activists have accused the Sri Lankan military of killing thousands of civilians, mostly Tamils, in the last weeks of the war.

( Images are from SLB)