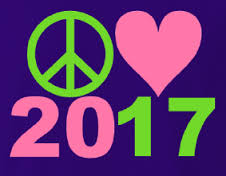 The need for the reform of state institutions to suit post-war conditions has become highlighted by a pattern of recent incidents. During the past year the rise of inter-religious tensions particularly in the North and East was marked, with an increase in hate speech, acts of physical violence and illegal constructions. Those who engaged in such acts did so as if they enjoy impunity which is not in the interest of national reconciliation and ethnic harmony. The responsibility of the government is to ensure that the Rule of Law is applied at all times whether it concerns those who occupy positions of religious or secular leadership. The police need to be trained to be pluralist and secular in their outlook and to take action whoever may break the law. The National Peace Council calls for all state institutions to be reformed to be in consonance with the requirements of a post-war multi ethnic and multi religious society.

There is also the need to wean the security foces away from the impunity associated with war time dealings with the civilian population.

The need for security sector reform was evident in the break-up of a strike by port workers. While he strike was costing the port, and the country, greatly in terms of their credibility as an economic hub, the manner the security forces dealt with the strike was not appropriate. The strikers were physically dispersed by the security forces, with the service commander himself leading the charge and striking out at journalists also. The National Peace Council believes that the security forces need to be provided with retraining so that they deal with civilians in a manner that is appropriate for peace time. This is especially the case when the North and East continue to remain areas with a high military presence.

Making the case for state reform more clear was the recent failure of legal proceedings to ascertain the identity of those who assassinated an opposition Tamil parliamentarian in 2006. This was a case of a jury trial before the courts in which the accused were members of the security forces all drawn from the Sinhalese community, the jury itself was all Sinhalese, while the victim was a member of the Tamil community. The security forces are today routinely described as war heroes by government leaders for having won the war. The all Sinhalese jury decided that the prosecution had failed to prove its case. The issue is whether the judicial system can ignore the factor of ethnicity. Therefore the National Peace Council reiterates that state institutions, including the judicial system, need to be reformed to ensure justice in the context of a multi ethnic and multi religious society. We trust that in the New Year the government will show the necessary leadership and take constructive actions that will meet the expectations of all the people who have rallied around it in the hope that it will improve life in the country for all.