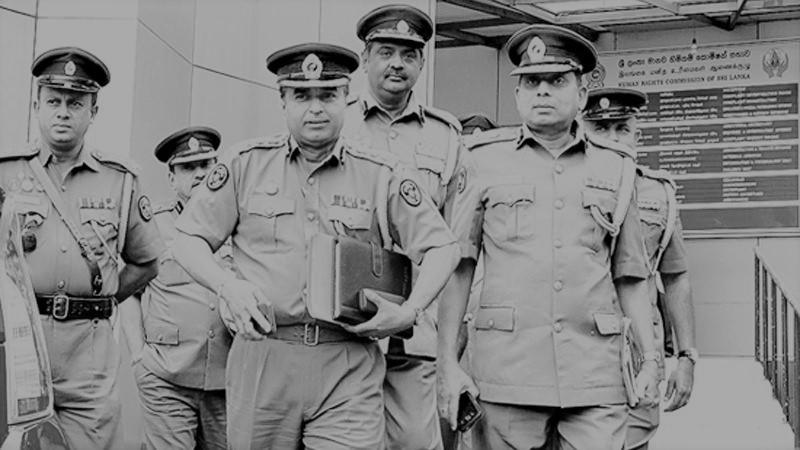 The Commissioner made these comments in response to news reports that IGP Pujith Jayasundara has failed to thus far implement several recommendations made by the NPC, particularly with regard to promotions.

According to the Chairman, the failure to follow through was brought to the IGP’s notice during last week’s NPC sitting. “Contrary to media reports we did not request him to provide an explanation in writing,” Manatunga said, adding that the NPC only noted that the necessary steps had not been taken as yet.

According to Manatunga, the NPC cannot take any further action to ensure the implementation of the recommendations if Jayasundara continuously fails to execute the proposals as it does not have the powers to do so.

“Perhaps this is a situation not foreseen by those who drafted the 19th Amendment to the Constitution,” he said. Manatunga said those aggrieved will have to seek redress through the Supreme Court by way of a Fundamental Rights petition as the NPC has completed its part and is unable to assist further. For example, while the NPC had recommended the Police promote SSP Palitha Siriwardena to the position of Deputy Inspector General of Police, the IGP has failed to do so. Siriwardena has now filed an FR petition to obtain the promotion.

Former President Mahinda Rajapaksa earlier this month raised the issue in Parliament during a debate on revising the emoluments and allowances of chairpersons and members of nine independent commissions pointing out that decisions taken by the Police Commission are being halted by the police chief.

“If the decisions of the Police Commission could be changed by the IGP or higher officials of the Police Department, what is the use of such a commission,” Rajapaksa had asked, adding that independent commissions take decisions based on some facts and that their decisions should be respected.