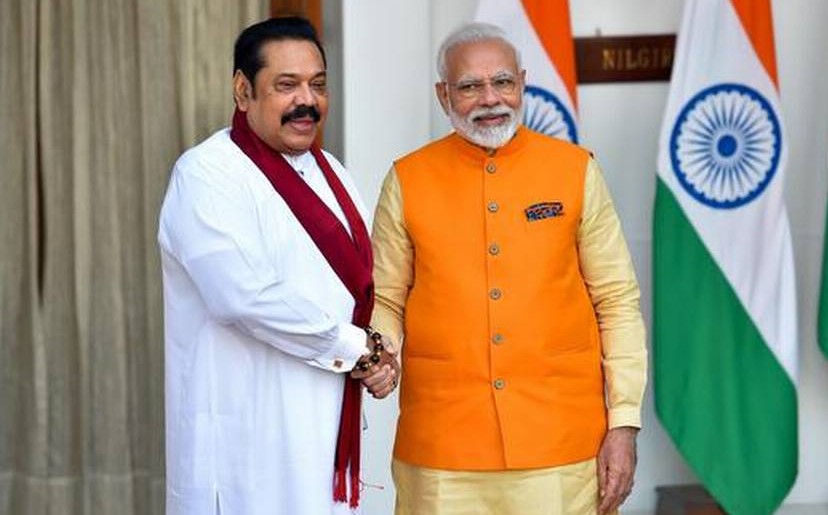 Sri Lanka wants India to allow debt repayments by Colombo to be deferred for three years, visiting Prime Minister Mahinda Rajapaksa said in order to help the country deal with its massive debt burden. The issue was at the top of the agenda when Mr. Rajapaksa met Prime Minister Narendra Modi in Delhi on Saturday and discussed plans to utilise a $400 million Line of Credit extended by India.

“If the Indian government takes this step, then other governments might agree to do the same thing, including China. The previous government took so many loans, they beggared the economy, and it is a mess. It all [now] depends on the stand India takes,” Mr. Rajapaksa told The Hindu in an interview, when asked about plans to service the approximately $60 billion total foreign and domestic debt his government faces, with about $4.8 billion to be paid this year.

Mr. Rajapaksa said he had also requested further financing from India for his government’s nationwide housing project, and discussed other Indian investments planned, including an LNG port, and a joint Indo-Japanese bid for building an oil terminal in Colombo’s Eastern port. However, he made it clear that his government would not carry forward the oil projects in the eastern Trincomalee port that had been agreed to in an MoU signed by his predecessor Ranil Wickremsinghe in April 2017, or an Indian government plan to develop Mattala airport in the south, saying that those had already been “rejected”.

Speaking to the media after their bilateral talks at Hyderabad House, Mr. Modi said he had raised the issue of post-LTTE war reconciliation with Sri Lanka’s Tamil population.

“I am confident that the Government of Sri Lanka will realise the expectations of the Tamil people for equality, justice, peace, and respect within a united Sri Lanka. For this, it will be necessary to carry forward the process of reconciliation with the implementation of the Thirteenth Amendment to the Constitution of Sri Lanka,” Mr. Modi said.

However, in an exclusive interview to The Hindu, Mr. Rajapaksa gave no firm commitment on the way forward for the 13th amendment, which prescribes the devolution of powers to the Tamil minority north and eastern provinces, and ruled out any resolution that was not acceptable to the “majority community” of Sri Lanka. Once parliamentary elections are completed in April this year, which his party is expected to win, the government plans to hold provincial elections, and engage with whomever the Tamil population chooses, he added.

“We want to go forward, but we need to have someone to discuss, who can take responsibility for the [Tamil] areas. So the best thing is to hold elections, and then ask for their representatives to come and discuss the future with us,” Mr. Rajapaksa said. told The Hindu.

India and Sri Lanka discussed enhanced security cooperation and intelligence sharing, especially after the ISIS-inspired Easter Sunday terror attacks last year. According to Mr. Rajapaksa, the two leaders agreed to hold a meeting with the Maldives leadership “as soon as possible” to re-operationalise a security cooperation trilateral arrangement amongst them.

(With inputs from Meera Srinivasan in Colombo)