My Last Dreams by Sarath Fernando 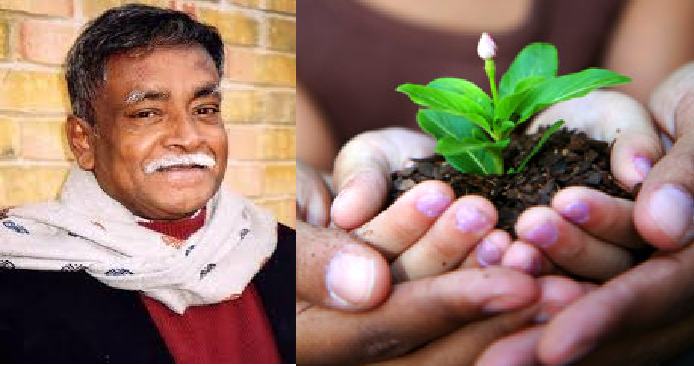 Sarath Fernando, a thinker, a revolutionary, an organiser, an activist, a social justice worker, an anti-war activist, a friend, a brother and a husband and a father, passed away on late evening on 7th September after a short illness. A prolific writer, Sarath has penned hundreds of articles on verity of social justice issues. In March this year he finished a short auto-biography. What follows is the last paragraph of his ‘My Life Story’.

I am now reaching the last days of my life. My life in this physical self will end in a few more years or it may come sooner. Therefore, it is now time to write my last dreams.

Susan George said a few years ago that two thirds of the world population is now excluded from society, since the globalized market does not need them. They are expected to disappear. But, they will not accept to disappear quietly. They are bound to create a world where they can survive. This world would certainly be a better world. The World Social Forum is organized with the slogan “ A Better World is Possible”. This is my dream a world that restores the ability of Nature to regenerate itself. We in our countries call nature “The Mother Earth, this is because nature looks after us the way a mother looks after the babies. It is now time that we look after Nature the way a mother looks after her babies. If we look after nature with love and care, nature will look after us with the same love and care. The world has to stop exploiting nature imagining it as a limitless resource. We have to do our best to remedy the damage that has already been done. This is by changing our ways to allow nature to restore its regenerative capacity.

The world is being pushed in two opposite directions by two groups. One group tries to continue the destructive process of profit making and profit accumulation at the cost of the rest of humanity and at the cost of nature. The other group tries to push the world in the opposite direction, towards restoration, to bring rationality and justice to human society, to end hunger and poverty, and to bring true community among human beings. I believe in the second option. That it can be done. This can only be done by that group who genuinely wants it and not by those who obstructs it. The group that genuinely wants this change is much bigger in numbers, although the other group that opposes it is more powerful financially and politically. This battle will go on, but it will be won by justice and rationality, because human being is a rational animal.

When the Copenhagen Summit on climate change failed to bring results there was an alternative summit convened in Bolivia. This summit discussed the rights of the mother earth. It was participated by a very large number of people from a large number of countries. They approved a charter titled Charter of the Mother Earth. It talks of the need to give recognition in law to the rights of the Mother Earth, to make it illegal to violate these rights. This battle will go on. It will be won by those who want the world to survive.

I have had many failures in my life, but also some remarkable successes. The failures have generally paved the way for successes. So, I am happy. As Marx said there would be a day when human beings would follow the teachings of Marxism that Human beings would adopt the principle “From each according to one’s ability and to each according to once needs” This he said would be the principle adopted by humans in a communist society
The day I completed writing this I received an invitation from my batch mates in the faculty of engineering. They were going to celebrate the forty fifth anniversary. They wanted to make a donation to the faculty of engineering worth a few millions. I said that I do not have the money to make such a donation. They said OK. Instead they said that they want to support a project of low cost ecological agriculture in the North, among people who lost everything in the war. They wanted me to identify some such villages and design a project. They could contribute up to three million rupees to it. So, I am very happy about these outcomes.

When Karl Marx said that religion is the opium of man he said other things explaining why and how religion becomes opium. His full statement was that

“Religion was the cry of the suffering, hope of hopeless situation, the sigh of the oppressed people and (therefore) it was the opium of man”.
So, religion becomes opium when it dopes people away from thinking of the reasons and finding solution, solutions outside this world and life. Hoping for solutions after death in another life. But religious teachings can be utilized in other ways, as explained already. Buddha taught about understanding realities, Christ preached about fighting for liberation and building communion and so on. They should guide people to thinking and action. Mahathma Gandhi, a very strong Hindu initially believed that God was Truth, but later he said Truth was God.

Also I do not think that there is a great need for separate identities for religions. People were looking for solutions of many puzzles they had. Hinduism evolved at one point in history and provided sufficient solutions then, when they ascribed divinity to many forces that they did not understand or could not defeat. Buddhism provided solutions to the problems that the Buddha saw. Christianity was borne at the time of slavery, therefore the message of salvation was central, Marxism was borne at a time when science had discovered many truths about reality, and class conflict was very visible. Therefore class conflict was central to his analysis and he saw how the world was moving towards a classless society. So, what is necessary today is to look at today’s realities and find solutions to problems and puzzles facing us today. Religions have become institutions and therefore identities are maintained for the purpose of building institutions. They need to say that only they possess the whole truth and other religions are false.

My language has changed. Now I talk more about ecology and agriculture. I say my goal is to assist in the process of recovery of nature to regain its ability of regeneration. This does not sound political. It is not easy to show its political linkage. Many people do not have the patience to understand how ecological recovery needs political recovery. Many political activists would say that I have diluted my thinking. Some even say that I have gone mad saying that planting trees would solve all the problems. In fact it is true that tree planting would solve many of the problems. But tree planting of that scale requires much political action, it is necessary to see how tree planting links with land ownership, it deals with methods of agriculture and how you find your food. It requires political change to eradicate hunger in the world. Sometimes one gets frustrated trying to explain the linkage es. But one does not need to be frustrated, one needs patience and the world will understand this since it has to survive
This is the last paragraph of a longer essay – ‘My Life Story’- by Sarath Fernando
© Sarath Fernando, March, 2014