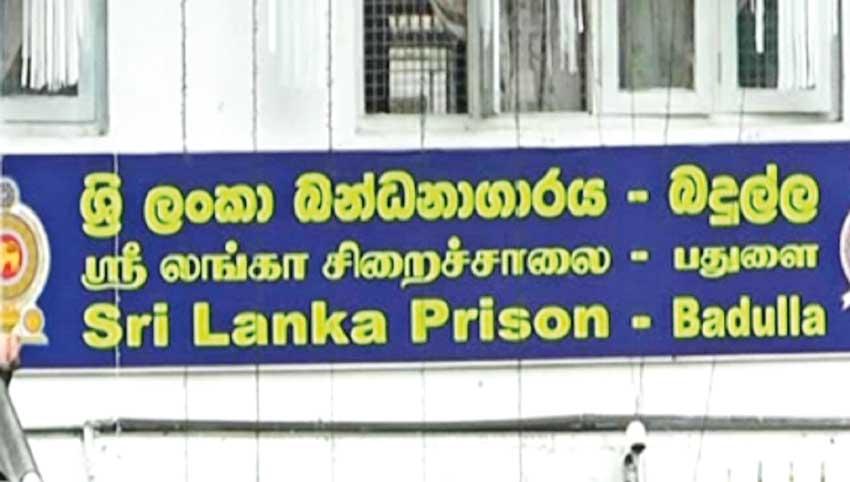 The inmates of the Badulla prison last Friday allegedly attacked the Muslim suspects who have been arrested in connection with the Easter Sunday massacre. Four of the suspects had suffered severe injuries and were admitted to the hospital. The detainees had been attacked by other prisoners claiming they were ISIS terrorists.

According to family members, three of the injured have returned to prison after receiving treatment and one is still under treatment for serious injuries. His family has complained to the Human Rights Commission (HRC) about the incident. The family members urged that the suspects be transferred to a safer prison. The complaints state that one suspect’s jaw bones were damaged. The Prisons Department and the Badulla Police are investigating.

Mohommad Nawsath, the brother of the suspect Rafeek Risvan said, “My brother in the prison is already suffering from cancer. He is weak and pale. Some inmates had tried to beat him but because of his weak physique he had collapsed suddenly and had suffered injuries. We urge the relevant authorities to ensure that the suspects are safe.”

Mohommad Rizwan is another victim who had been brutally beaten. Speaking to the Daily Mirror, Rizwan’s wife Fathima Assrin said, “One of his hands was badly injured. He is discharged from the hospital now. We have written to the HRC and International Committee of the Red Cross (ICRC). We hope justice would be done.”

Speaking to the Daily Mirror one suspect’s brother-in-law said, “This time four of the detainees were assaulted by other detainees who had called them ISIS terrorists. The wounded detainees were hospitalized. We have already written to the HRC and urged they be transferred to a safer prison.” He said from time to time they have been harassed. There were instances where these detainees had been shifted to separate cells to prevent any harm from those calling these Muslims as ISIS terrorists. 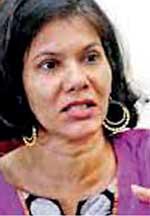 In Badulla prison, there are nine Muslim detainees who have been arrested under the Prevention of Terrorism Act after the Easter Sunday attacks. Four of them have been severely beaten up by other prisoners who had called them ISIS terrorists  – Shreen Saroor Human Rights Activist

Shreen Saroor, a human rights activist speaking to the Daily Mirror said, “In Badulla prison, there are nine Muslim detainees who have been arrested under the Prevention of Terrorism Act after the Easter Sunday attacks. Four of them have been severely beaten up by other prisoners who had called them ISIS terrorists.  On Sunday, I called the Badulla HRC office and they said three of the suspects have been discharged from hospital.  On Monday some of the victims’ family members had gone to the Badulla prison and found that three of the injured suspects had been discharged from hospital. They suffered severe head and jaw injuries.

Ms. Saroor said one person had not been discharged from the hospital yet. “Although the family members requested the prison to provide information about him, they were not informed of his condition.” She said the detainees had been in the prison for more than 30 months.

Saroor said the suspects who were arrested over the Easter Sunday carnage were being transferred from one prison to another. “Sometimes the families do not know where they are.  There is only a limited interaction with the family. These families are very poor. When these suspects are taken to faraway places, it is difficult for them to visit their relatives. There is no much communication. Even when they visit, they are allowed only for about five minutes. The intimidation in the prison itself is pathetic. Even when the Muslim women visit the prison they are called ISIS terrorists. It is about 33 months since they were taken into custody and no charges have still been filed against them.”

Referring to the incident Prisons Spokesman, Chandana Ekanayake said all the injured suspects had been discharged from hospital and two of the suspects had been transferred to another prison while investigations were being conducted.

Nine Muslim prisoners who were transferred from Batticaloa to Badulla prison in 2019, have been brutally assaulted inside the premises of the prison earlier this month, leaving many requiring hospitalisation.

Attacked by fellow prisoners, one Musim prisoner had his jaw broken and another suffered a heavy blow on his head which required at least 13 stitches. Seven other inmates also have been gravely injured as a result of the attack.

Families of these prisoners telephoned the prison and made a complaint with the Human Rights Commission in Batticaloa, in a desperate attempt to assist the men. “They are not even willing to reveal who carried out these and are in terrible fear and traumatised,” said a letter penned by their relatives.

However, the Sri Lankan prison authorities denied that such an attack had taken place, a stance reiterated by the Human Rights Commission. The families visited the Badulla prison last Wednesday in order to confirm the claim of the authorities, but found their relatives severely injured.

Following this visit, the families went to the Human Rights Commission office in Batticaloa where officials told them that they only passed on the information they were given by the branch in Badulla.

The families then filed a written complaint with the Human Rights Commissioner demanding that the cases against their relatives be expedited and those found not guilty be released.

They also requested in their complaint that the attacked prisoners be transferred to a different prison and that legal action be taken against fellow prisoners who perpetrated the “terrorising and life-threatening attacks” against them.

The Muslim prisoners who were attacked all come from Kattankudy, a town in Batticaloa. They were arrested in 2019 following the Easter Sunday bombings in the island. Those who were arrested on suspicions of involvement in the bombings have been detained for over 30 months. One of them died last year and three others are stricken with cancer.

“We humbly appeal to you to take steps to expedite the case against these prisoners and release those found innocent, until then to transfer these prisoners to another prison, to ensure their safety and to take legal action against the other prisoners who carried out these terrorising and life-threatening attacks,” said the relatives in their plea to the Human Rights Commission.

Read the full complaint of the families in English below.  ​

English translation of the complaint made to the Human Rights Commission – Batticaloa dated 16-12-2021.

A complaint in respect of the violence perpetrated at the Badulla Prison.

Nine persons from those arrested in respect of the past April 21st attacks and detained were transferred from Batticaloa prison to Badulla prison on 07-12-2019. They have been in remand custody for over 30 months. On 10-12-2021, at the time of distribution of dinner, due to the sudden brutal attacks by fellow prisoners, 4 prisoners sustained severe injuries and had been admitted to hospital and were treated for 5 days. As soon as we heard of this, we complained to the Human Rights Commission but were told no violence as such had taken place and that all are in good health. Further, when we telephoned to Badulla prison and inquired we were told there was nothing of that sort and they all are keeping fine. However, yesterday, Wednesday when we visited and saw them, we were shocked and became sad. Out of those 4 injured one’s jaw had been broken and he had undergone surgery. Another had been in the Emergency Unit due to the heavy blow received on his head that needed 13 stitches to be treated. The tissues in the hands had been torn and received severe blows in the stomachs of the other two prisoners. When the others had scampered due to the surprise attacks a prisoner who suffers from cancer had fainted and fallen down and injured his knee and had been admitted to the hospital and received treatment for two days. The other three had narrowly escaped being attacked having run and hidden themselves. They are not even willing to reveal who carried out these and are in terrible fear and traumatised.

Therefore, we humbly appeal to you to take steps to expedite the case against these prisoners and release those found innocent, until then to transfer these prisoners to another prison, to ensure their safety and to take legal action against the other prisoners who carried out these terrorising and life-threatening attacks,

Relatives of the affected prisoners.