Mullikulam: The continuing occupation of a school by the Sri Lankan Navy 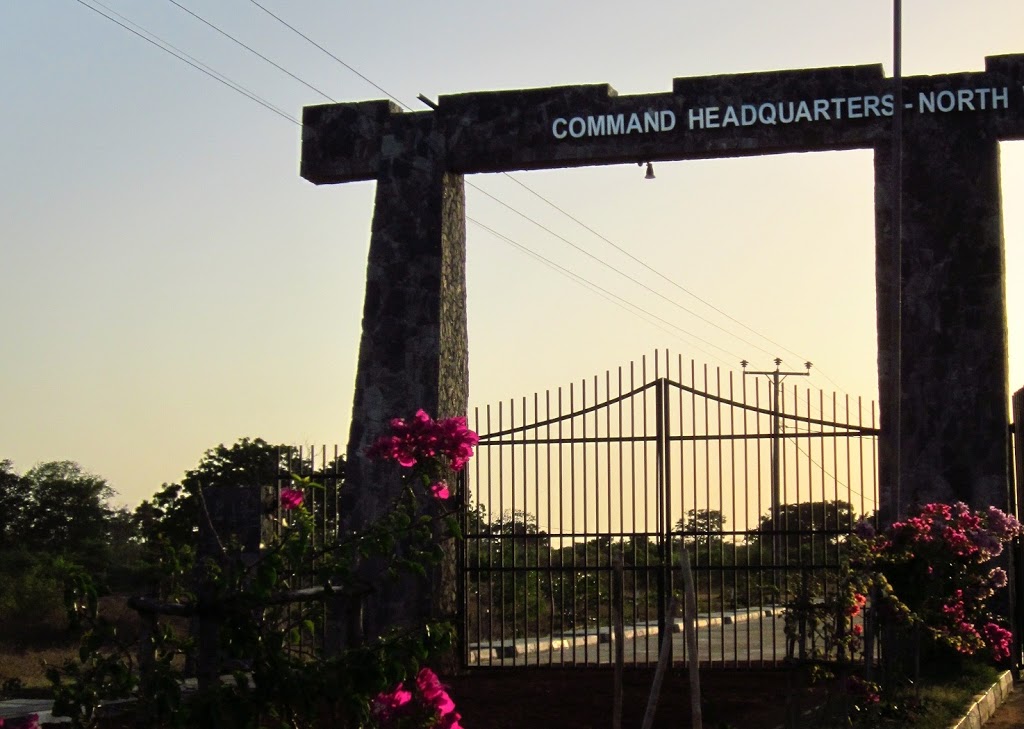 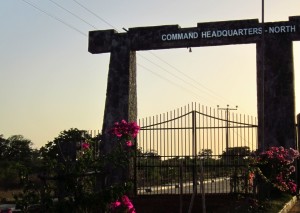 “This is my home, this is my sister’s home, this is my neighbour’s home…and now we’re not even permitted to enter our own land,” says *Rajan, a villager living at the Malankaadu temporary resettlement camp, pointing to their homes, where Navy families currently reside. Since their eviction by the Sri Lanka Navy (SLN) in 2007, people like Rajan have been made into “strangers” looking at their beloved homes and farmlands from afar. “We don’t want anything else from the Government, we just want to go back home,” is the recurring lament[1] of the Mullikulam people from June, 2012, when they were resettled just outside their village, which is currently home to the SLN’s sprawling North Western Command Headquarters.

When the Navy first occupied the village, following the eviction of its villagers by the Army in September 2007, the school and the church were also occupied. Due to determined efforts by the villagers and church leaders, the villagers have regained partial access to the Church of Our Lady of Assumption since May 2012, but even after they resettled in an adjoining village, the school continued to be occupied by the Navy. The school originally known as The MN/Mullikulam Roman Catholic Tamil Mixed School, has now been named the ‘Civil Engineering School – SLNS Barana’.

Marking yet another small victory in their efforts to regain the occupied village, the school re-opened on the 3rd of September, 2012, for the first time since the people’s return in June this year. The SLN had instructed the village elders to start school within the church premises (in which compound the school too is situated), on Monday, the 3rd morning, until they received official permission from their Area Commander to re-start school activities. As the school is within the premises of the Navy HQ, the children have to travel to and fro from their temporary resettlement camp each day.

On the 3rd, as there was nobody at both the church and the school buildings when the children arrived at the church at 7am on the first day of school, the 21 children (aged 5-13) and three teachers had started classes as normal within their school classroom. However, as there was no furniture inside the classroom, the children had to make do with the plastic chairs from the church that were remaining after a recently held church feast. Classes which started at 7.30am that day were interrupted at 11.30am (half an hour before school broke for the day) when the SLN called a village elder and asked for the children to be moved to the church premises until they were given the okay from their Area Commander who was arriving at the Base later that day. The Navy had told the villagers that they would be notified of his decision by 5pm that evening. The fence that cordoned off the church from the school, which was there when the people resettled earlier this year, had been removed on the 15th of August, 2012.

The evening meeting chaired by the North Western Naval Commander – Rear Admiral Rohana Perera, was attended by the Vicar General of the Catholic Diocese of Mannar, the Assistant Government Agent, the Assistant District Secretary, Robert Peiris – the Mannar Project Officer for the Northern Reawakening Project, the Parish Priest of Mullikulam , the Secretary and Coordinator of the Malankaadu temporary resettlement camp and six other Naval officers, was held at the Mullikulam (Thammannawa) Navy Camp. It was decided at the meeting that school would recommence at the school premises from the following day onward. However, those present were also told by the Commander, that of the two school buildings there, only one could be used by the children, as the other building was required to continue conducting Civil Engineering classes for the Navy.

Another meeting held with the Dep. Area Commander, Director of Education, the School Principal and the Mullikulam Parish Priest, at the church/school premises concluded that the school would be officially inaugurated on the 12th of September, 2012, as the villagers had to transport and set up all the school furniture and material from Vaalkaipettankandal (which is located approx. 50kms from Mullikulam), where they had stored everything during their displacement.

Of the about 200 families (equating 750 persons) registered, about 153 families (400 individuals) currently live under gruelling conditions at the resettlement camp where there are only two toilets, and where they must walk daily to the nearby tank to bathe. There is only one bus that leaves the village daily to Mannar at 7am, which returns at 6.30pm. “If you miss the bus, then you can’t go into town that day. Most of us work as day labourers, and so travel to Mannar or the neighbouring towns whenever we can find work. The priests provide us with rations and the Navy delivers water to us daily, which fills up our three 1000 litre plastic water tanks which is the entire camp’s supply for the day. The remaining families are those either working or having their children studying in Mannar. However, “if we are permitted to return to our lands, they too will return,” the village elders tell us.
The villagers and Church leaders are determined to continue their dialogues and appeals to the Government and the Navy regarding the plight of the Mullikulam people, and submit their requests to at least regain access to their paddy lands, hospital, church, school and of course their homes.

Having been given the glorified title “(the) Golden fence around the country”, it doesn’t seem likely that the Navy plans to leave these lands any time soon. What then is to become of the people of Mullikulam whose one desire is to return home?

*Names have been changed to ensure the personal security of the interviewees.