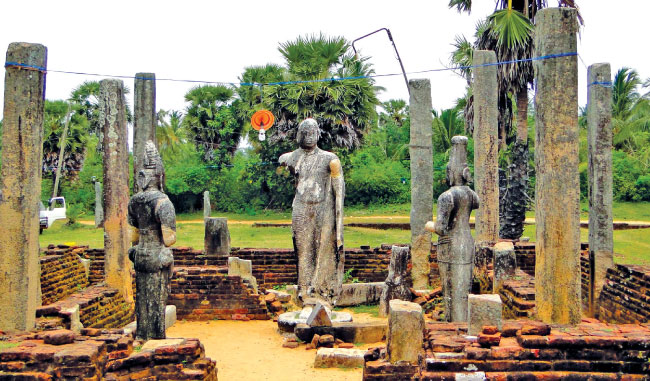 The People’s Alliance for Right to Land (PARL) is deeply disturbed by the military intervention in civilian land administration in the Pottuvil Muhudu Maha Viharaya area in Ampara, and the reported moves to attempt legal acquisition of these lands as an archaeological site without adhering to transparent procedures, providing scientific justification of archaeological claims, and consulting with affected communities. Any developments must also take account of the fact that land issues in this area have a complex history, and its people have long standing grievances that require sensitive and meaningful solutions.

According to a recent media report, President Rajapaksa instructed a delegation of high-level military personnel to visit the Pottuvil Muhudu Maha Viharaya on 14th May, 2020, to ‘take stock’ of the ‘situation’.1 The delegation included the Defence Secretary, Commanders of the Army and Navy and the Acting IGP. The visit was purportedly in response to recent mainstream and social media news reports alleging “widespread and unprecedented encroachments and vandalism of several archaeological and historical sites in the country”. Following their visit, the Secretary to the Ministry of Defence, Maj. Gen. (Retd) Gunaratne, has instructed the establishment of a naval sub-unit to “maintain the security” in and around the Muhudu Maha Viharaya. This media report also states that the military delegation visited the Deeghavaapi area and the Norochcholai housing scheme.

It was reported in another media item that in 1971, Prof. Senarath Paranavithana (the then Commissioner of the Archaeology Department), worked to gazette 72 acres as an archaeological site in the Pottuvil Muhudu Maha Viharaya area. The report also draws attention to complaints of “extremist groups” “encroaching” into this site and “vandalising artefacts”. The report then links this background to the Minister of Lands recently instructing that 61 acres of land in this area be gazetted as an archaeological site. It is stated that the Chief Prelate of the Pottuvil Muhudu Maha Viharaya, Ven. Warakapola Indratissa Thero has also insisted that 72 acres be “reacquired”.2

The Ampara district was a part of the Batticaloa district until 1961, and its identity has thereafter been linked to the civilisational significance of Digamadulla. No mention is made of the Tamils and Muslims who have resided in the area for several centuries.3 Land colonisation and land dispossession in Ampara has a long and bitter post-independence history, and is associated with the Gal Oya irrigation scheme, the 1956 riots, the war and post-war developments, and the tsunami. All these events resulted in significant changes in population demographics. Currently, Muslim and Tamil populations densely occupy the coastal belt, whilst the Sinhala population is largely concentrated inland. The composition of administrative institutional structures is highly ethnicised.

Political patronage impacts resource allocation, which is consequently also ethnicised. There has been continuous fuelling of deep distrust between communities in this area.4 The Deeghvaapi ‘sacred lands’, Pottuvil land and archaeology based dispossession, and Norochcholai Tsunami housing, are clear examples of land disputes in the Ampara area steeped in complaints of discrimination, use of force, and division along ethnic lines. The demarcations relating to the area surrounding the Pottuvil Muhudu Maha Vihara as an archaeological site has lacked clarity, public communication, and is rife with grievances of dispossession.

PARL is concerned that the government is continuing the practice of establishing military camps in areas prior to State acquisition or occupation of lands. This is particularly prevalent in the North and East.5 PARL has documented the trend of using the Departments of Archaeology, Wildlife and Forests, to acquire lands with vague or little justification. These arbitrary land acquisitions have caused the
dispossession of established communities, and created land disputes that disproportionately affect ethnic minorities. The political relevance of ethnicised support, and deploying an image of ‘protector of Buddhism’ during an election year, is also noteworthy.

PARL has continuously highlighted land struggles in the Ampara District, and sees this recent move as having the potential to exacerbate grievances among all people in the area. It will also increase threat to the personal security and lives of residents, regardless of ethnicity, and fuel further insecurity, distrust and tensions. Militarised intervention is viewed as politically motivated and partisan, and will compound the challenges to reaching a long overdue resolution for all people in this area.

1. PARL calls on the President to take all of the above into consideration, and to instruct the Ministry of Defence to withdraw the establishment of a Naval unit in the Pottuvil area without any delay. We fear that military involvement in what is essentially a civil administration issue will only make this issue more intractable and polarise people. Any law and order issue in this regard should be under the purview of the Police.

2. PARL calls on the Minister of Land to recall instructions to acquire by gazette land surrounding the Pottuvil Muhudu Maha Viharaya, until a proper civilian led process is administered, ensuring that all available information is made public, affected parties are consulted and heard, and just and equitable solutions reached.

3. PARL calls on the Minister of Land to ensure that available laws and procedures are administered both in terms of the letter and spirit of such laws and that the designation and acquisition of land for archaeological conservation or any other purpose is transparent, based on clear justification and that individuals and communities affected are engaged throughout the process.

4. PARL calls on all parties involved, and particularly the media, to refrain from using provocative terms until all facts are established and verified. These terms include: ‘encroachers’, ‘vandalism’ and ‘extremists’. Facts must be presented responsibly, respecting media ethics, and should not fuel prejudices in an already polarised environment.

5. PARL invites and offers its fullest support to all political parties and social movements, both at national and local levels, to work towards strengthening civilian administration in all parts of Sri Lanka. In our vision for a truly pluralistic and democratic Sri Lanka, there is no place for a militarised approach to social, political and economic activity.