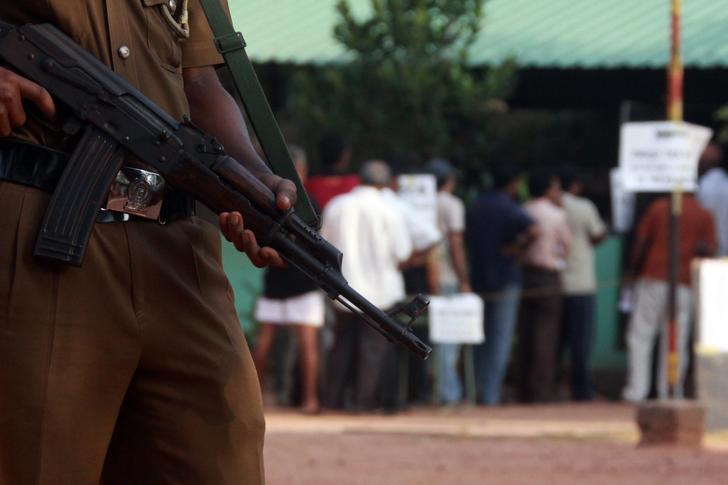 The Jaffna Security Forces Commander Major General Mahinda Hathurusinghe says he is contemplating making a request for more troops and military camps in the North. He says this need has arisen as there are fears the election campaign of the Tamil National Alliance (TNA) may incite some 4000 former LTTE cadres who have not been rehabilitated and are believed to be mingling with civilians.

When asked by The Sunday Leader if a strong troop presence was still required in the North he said, “There is no question about that, and yes the army is still needed here.

Taking today’s activities into account, and according to the feedback that I have received TNA candidate Mr. Wigneswaran, during the last few days at various political campaigns, has said that Prabhakaran is the greatest leader ever seen and that they would start where he stopped. He has also said that because of Prabhakaran the Tamil people have gained so much value.

Hathurusinghe says the LTTE ideology is still very much alive and they believe that an arms struggle is the only way to win the rights of the Tamil people.

“For the past 25 years we have not had a Provincial Council election and when given the opportunity this is what they are trying to do. The TNA and Wigneswaran are pointing fingers at the army and trying to portray us as the villains, but what I would like to know is what has he (Wigneswaran) done in his entire career for the benefit of the Tamil people? In fact the families of the remanded ex LTTE cadres were so petrified during their trials that their cases would be heard by him because he was known to dish out the maximum punishment to them with no compassion whatsoever. Now these are the very people who are trying to claim that they are the saviours of the Tamil people,” he said.
SL