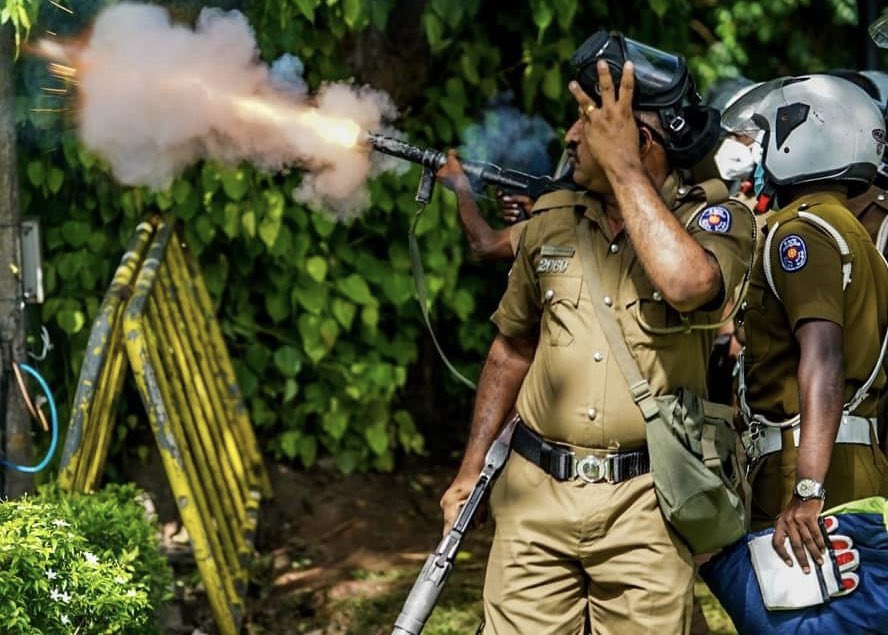 More than 1200 people have been arrested in connection with the unrest that erupted in the country following attacks on peaceful protesters outside Temple Trees and at Galle Face on May 9, the Police said yesterday.

A total of 1220 people had been arrested in connection with 827 complaints received from May 9 onwards, Police Spokesman Nihal Thalduwa told the Sunday Times. Courts have remanded 570 suspects, while 540 others have been released on bail.

The CID is conducting two separate probes – one on the attack at Galle Face and the other regarding the murders of Polonnaruwa District Sri Lanka Podujana Peramuna (SLPP) Parliamentarian Amarakeerthi Athukorala and his security officer in Nittambuwa.

Fifteen suspects, including two SLPP MPs, had so far been arrested over the attacks at Galle Face, with 13 being remanded. Eight suspects had been taken into custody over the Nittambuwa murders.

On Friday, the CID arrested a chief suspect in relation to the murders of the MP and his security officer. The 29-year-old suspect is a bus driver and a Nittambuwa resident.

Meanwhile, the Computer Crimes Investigation Division had begun investigations into around 100 Facebook pages that allegedly promoted violence. They had also arrested three suspects who had allegedly administered some of these Facebook groups. One suspect was identified as a 22-year-old resident of Dickwella who managed his own garage. The suspect was accused of instigating people to attack the residences of Police and security forces personnel.

A 21-year-old employee of a private firm was also arrested at Gangodawila in Nugegoda. He was accused of sharing information aimed at promoting violence and creating public unrest.

The Police also arrested a 39-year-old female TV presenter from Narahenpita. She was also accused of promoting violence on social media.

All three suspects would be charged under the Computer Crime Act, the Police said. It was confirmed that nine people died as a result of the violence. Hospital sources put the injured at around 300 people.

According to Police statistics, 47 Police vehicles were damaged or destroyed during the unrest and more than 25 Police officers suffered injuries. This included a Senior Police Deputy Inspector General, a Deputy Inspector General and a Senior Superintendent. The DIG and SSP were pulled out of their vehicles and assaulted in separate incidents, before their vehicles were set alight. They remain in hospital.

The Police had received around 73 video clips, 484 photographs and 38 audio clips related to the violence since they appealed for public assistance to identify perpetrators. Around 32 complaints and 600 pieces of information including tip-offs were received via the “Tell IGP” facility provided by the Police. Related information can also be provided via email ([email protected]) and hotline numbers 1997 and 118.

Police units of each SSP Division had been instructed to use the evidence available to arrest suspects allegedly involved in violent acts in their areas. The Police had also launched investigations to trace items that had been looted during the unrest. Some had already been traced while others were being returned.

SSP Thalduwa said the Police expected to arrest many more suspects involved in the unrest over the next two weeks.