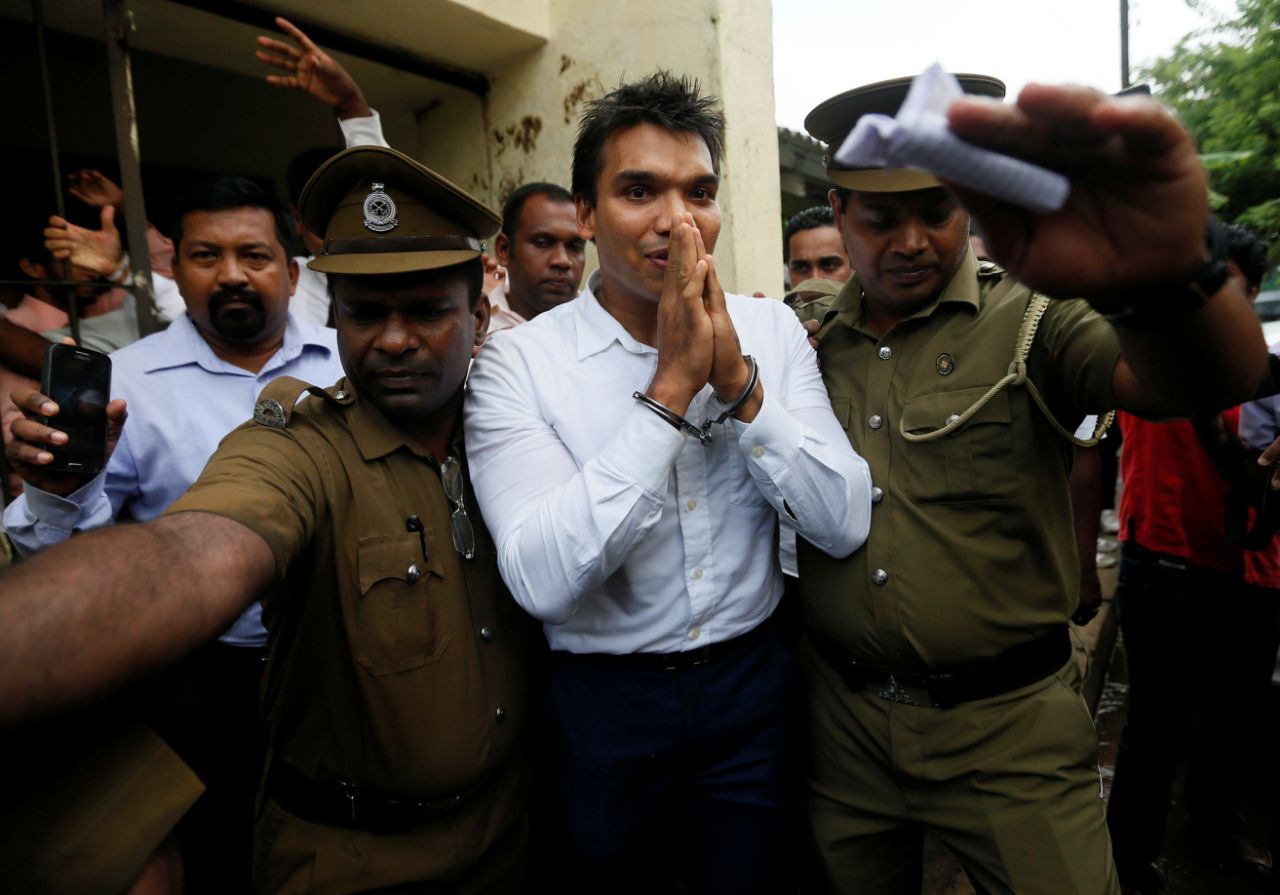 When the two connected cases filed under money laundering charges came up before Colombo Additional Magistrate J. Trotsky, the FCID said that they have sought the AG’s advice regarding the two cases. Further magisterial inquiry into the incident was fixed for June 22.

They are currently out on bail. Meanwhile, the Additional Magistrate issued open warrants through Interpol for the arrest of two suspects Indika Prabhath Karunajeewa and Iresha Silva who had evaded police investigations since the inception.

The Additional Magistrate further ordered to relax the bail conditions in respect of four suspects including Namal Rajapaksa, enabling them to appear before FCID once in two months instead of the last Sunday of each month.

The FCID informed Court that investigations revealed that MP Rajpaksa had been allegedly involved in money laundering to the tune of Rs.15 million at NR Consultation Pvt. Ltd and another Rs.30 million in Gowers Corporation Pvt Ltd, in 2012.

Police alleged that money laundering transactions had taken place through a company named Boston Capital, allegedly owned by Rohan Iriyagolla and he has revealed everything in this regard.

In this case, MP Namal Rajapaksa, Indika Prabhath Karunajeewa, Pavithra Sujani Bogollagama, Senani Samaranayake, Sudarshana Bandara Ganegoda and Iresha Silva were named as the suspects by the FCID, following the instructions of the Attorney General.

It was reported that Gowers Corporate Services (Pvt) Limited of Colombo 5, is providing coordinating services to Sri Lankan Airlines.

The FCID had initiated investigations into this matter following a complaint made by Voice Against Corruption Convener Wasantha Samarasinghe.

Samarasinghe alleged that MP Namal Rajapaksa had bought shares of a company named Hello Corp and set up a company called Gowers Corporate Services (Pvt) Limited while being a MP, from the Rs.125 million he earned through illegal means.