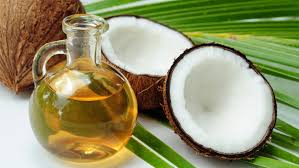 Before 1970, coconut oil was freely used in USA and in Europe for baking and frying food without any health complaints. However, starting in the 1970s, some very powerful groups in the U.S., including the American Soybean Association (ASA), the Corn Products Company (CPC International), and the Center for Science in the Public Interest (CSPI) began to categorically condemn all saturated oils used for food preparation on the grounds that they are not safe for human health. Unsubstantiated stories were used to convince the public that all saturated fats were unhealthy, when in fact saturated fats rich in medium-chain fatty acids like Lauric acid have been scientifically proven to be exceptionally healthy. Such baseless propaganda was carried out with the intention of undermining the salient position held by coconut oil in the edible oil market and in the minds of the people around the world. Learning blindly from them, even doctors in Asia who were not aware of the real benefits of coconut oil restricted people from consuming coconut oil on health grounds.

The result was that most people switched to soya oil and sunflower oil for foodpreparation ratherthan coconut oil which contains Lauric acid, and as a result the main source of Lauric acid from tropical oils in the European and American diet was lost. However, wrongly accused of being the factor responsible for increasing harmful cholesterol and health disorders by the Westin 1990s, coconut oil is now revered, held in high esteem, and is in fact used by doctors in the treatment of a variety of disorders. Clinical studies have shown that coconut oil has anti-microbial and anti-viral properties, and is now even used in treating AIDS patients. There are companies in Europe and USA that sell coconut oil for medical applications such as incorporating into antibiotics given intra venous. However, they never call it “Physically Refined Coconut Oil’/ virgin coconut oil containing a high Medium Chain Triglyceride (MCT) value, and instead call it “MCT” and sell it for pharmaceutical applications at very high prices.

Contrary to their earlier theory that coconut oil contains ‘cholesterol’, now, the TNT spray given as a first aid to heart patients to improve oxygen supply to the heart, produced in UK and marketed at a very high price under the trade name JPN spray, contains coconut oil as the solvent. The reason for that too is the dilation effect caused by MCT in the coconut oil by relaxing muscles; which promotes free flow of blood.

US medical journal writer,Dr. Bruce Fife, a naturopathic doctor and the author of the book “The Healing Miracles of Coconut Oil” says that Coconut oil is the healthiest edible oil on earth. Modern scientific research backs this bold statement.”More than 50 percent of the fatty acids in coconut fat is Lauric acid, which is a medium chain fatty acid. It has the additional beneficial function of being converted into monolaurin in the human or animal body. Monolaurin is the antiviral, antibacterial, and antiprotozoal monoglyceride used by the human or animal body to destroy lipid coated viruses such as HIV, herpes, influenza and various other pathogenic bacteria. Some studies have also shown the antimicrobial effects of free lauric acid.

In nineteen seventies, unsubstantiated stories were used to convince the public that All Saturated Fats were unhealthy, when in fact saturated fats rich in medium-chain fatty acids like lauric acid were scientifically proven to be exceptionally healthy. US scientistsagree that unhealthy Low Density Lipids (LDL) are not found in coconut oil. Instead, coconut oil has health safe HDL (High Density Lipids).HDL removes cholesterol and carries it back to the liver, which flushes it from the body. HDL is known as “good” cholesterol because having high levels of itcan reduce the risk ofheart diseases and stroke.

If coconut oil actually helps reduce cholesterol and if it’s healthy, how can we get the health benefits of coconut oil?

Most of the coconut oil producers in Sri Lanka do not follow quality and food safety procedures. Even the specifications given in the SLS standards are not defined to identify the “Chemically refined” or “Physically refined” process. What should the SLSI talk about or specify in their standards? They should set standards in such a way that those brands which carry SLSI logo should be free of toxins, polyaromatic hydrocarbons and high peroxide values, which are the main causes of health problems attributed to coconut oil usage.

A clinical and laboratory survey carried out by a group of eminent scientists and doctors in Sri Lanka found that of branded and non-branded coconut oils commonly sold in super markets in Colombo, only physically extracted coconut oilhad peroxide levels and chemical residue levels within the accepted health safe limits. Rest of the branded oils, some of them even with the SLS mark, had those parameters at the high risk level. The paper was published at the annual sessions of the Institute of Chemistry in 2013. The report is also available in the Medical Journal of Sri Lanka. Subsequent to this study, the Coconut Development Authority (CDA) too has been keen on revising the SLS standards including the above parameters which are useful to the consumer in selecting an oil for food applications. Taking a step forward, CDA also carried out a study. The results showed that even some of the brands which carry the SLS mark contained harmful D1-Toxin in them. Now the standards for coconut oil which is commonly used by the general public are under review. Subsequently,the CDA recommended SLSI to do necessary changes in standards and it was also communicated to the Health Ministry. Even though SLSI (Sri Lanka Standard Institute) accepted the proposal to revise the standards, it still hasn’t been done.

Hence, it is high time that we set proper standards for coconut oil and execute them in the market as many of parties are manipulating within the current legal framework in place. Historically, we have been a healthy nation and it’s time to set proper standards to make sure that the consumers are protected when buying coconut oil. Coconut is gaining confidence and acceptance around the world and as a result the same countries that undermined coconut oil are today embracing it back as they have realized the true value of coconut.
http://www.island.lk/index.php?page_cat=article-details&page=article-details&code_title=136960