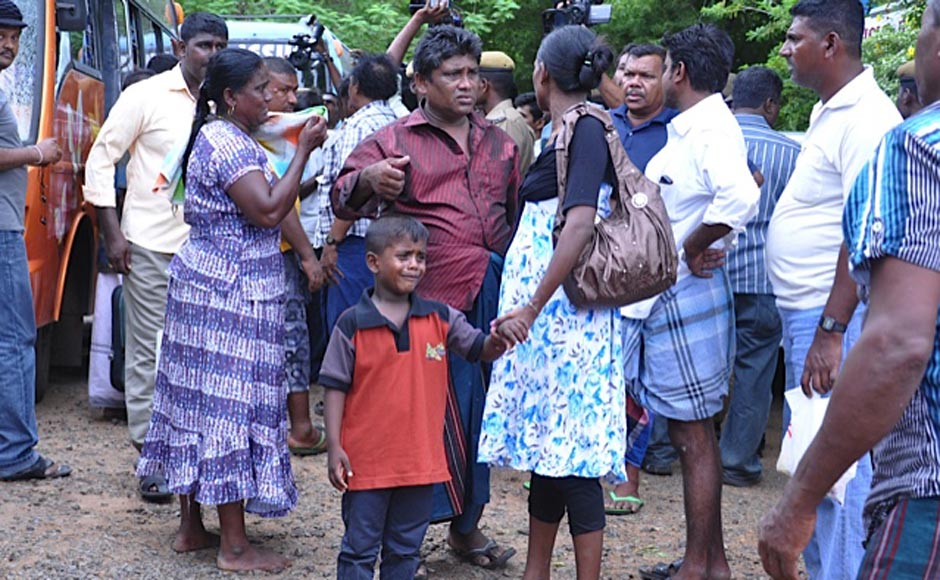 The attack on Sri Lankan pilgrims in Tamil Nadu is the awful fallout of competitive grandstanding on the ‘Tamil cause’ by politicians in the state. Historically, the Tamil issue in Sri Lanka has been cynically used by virtually every political outfit in Tamil Nadu as populist rhetoric in the race to score brownie points.
Thus, not to be outdone by the DMK, which held a conference in support of Tamil rights, the ruling AIADMK pitched in with anti-Lanka rhetoric, be it against some Lankan armed forces personnel training in India or the absurd obstruction of a Sri Lankan school team’s football match with a Chennai school. Other political outfits then lowered the bar further with assaults on pilgrims (ironically reported to be Tamil-speaking civilians).

Colombo has responded with a diplomatic riposte in the form of an advisory to its citizens on travel in south India. These events in no way help the rightful cause of the Tamils in Sri Lanka. In fact, they could further harden Sinhala majoritarianism. That, of course, is as much a part of the problem as the LTTE was.

Given that this murderous outfit had already wiped out any possible internal Tamil opposition, its military defeat meant a veritable catastrophe for the Tamil minority in Sri Lanka. The Rajapaksa regime, in turn, behaved — and continues to behave — as if that military triumph meant the end of the Tamil issue. Tamil Nadu political outfits, in turn, still seem to be making the mistake of linking Tamil rights to the fate of the LTTE.

Thus, mere rhetoric from parties in the state takes the place of what would be politically fruitful: sustained pressure on New Delhi to firmly hold the course in making Colombo comprehend that only the devolution of political powers to the minorities would constitute a feasible measure towards ending the decades-long ethnic conflict in the island nation.

Diatribes against, or attacks on, Lankan citizens, and any strain on Indo-Lankan ties would, inversely, make the task of ensuring the distribution of political power in Lanka more difficult. Which might be just what the Rajapaksa regime wants.
For more photos click here
ETI