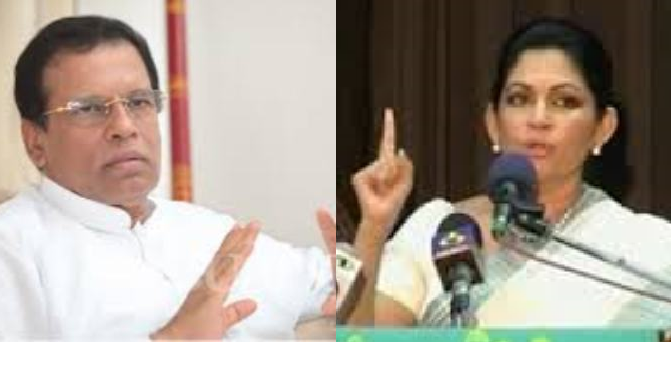 Minister Sirisena in his address to the Polonnaruwa SLFP Women’s Federation meeting on July 27 at the Mahaweli Prathibha Hall in Manampitiya said that he hoped that all women would be reborn as men.

Senanayake said that it had been a shocking statement made by him.

He had perhaps forgotten that the women of this country contributed immensely towards the enhancement of its economy. They were the ones who were mostly involved in the agriculture, garment trade and foreign employment. A large number of them also contributed towards health care.

MP Senanayake said she thought it was a sexist remark. “I am surprised that women activist groups have not taken it up. The Minister has disregarded the fact that over 50 percent of voters are women. He has also overlooked the role of women in the reproductive cycle. “Men won’t be there if it were not for women,” the UNP Parliamentarian said in a lighter vein.

It sounded like an excuse for the way in which women were treated and showed a lack of gender sensitivity, Senanayake added.