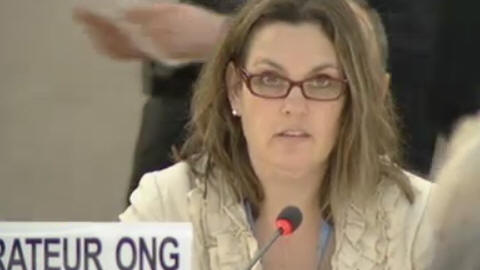 The LLRC’s recommendations were themselves already severely limited in scope. The UN Human Rights Council noted with concern that the LLRC report “does not adequately address serious allegations of violations of international law.” Human Rights Watch criticized the LLRC report because it disregards the worst abuses by government forces, rehashes longstanding and unfulfilled recommendations, and fails to advance accountability for victims of abuses during Sri Lanka’s civil armed conflict. By restricting its focus to the National Action Plan on the LLRC, the Sri Lankan government indicated that it is even unwilling to accept and implement recommendations by its own body.

In addition, as further evidence of its lack of commitment on accountability, the government turned down basic recommendations focusing on the need to end impunity and investigate serious allegations of human rights violations. For instance, the government rejected a call from the US to “end impunity for human rights violations and fulfill legal obligations regarding accountability.” It also rejected Thailand’s recommendation to strengthen relevant legislative and administrative measures to ensure transparency and non-impunity in the judicial process on all alleged enforced disappearance cases including investigation, prosecution and reparation, which would help contribute towards its national reconciliation.

In his presentation Minister Samarasinghe forgot to mention that on February 15, the Army Court of Inquiry set up to look into allegations of war crimes during the war exonerated the army of any liability for civilian casualties. This puts to rest any hope that the domestic process will adequately respond to such allegations.

In many instances, the Sri Lankan government rejected the recommendations by arguing that it had already implemented them. However, that assertion is fundamentally untrue.  For example, the government stated that it had established a database where families of those forcibly disappeared can search the whereabouts of their loved ones, despite a complete absence of evidence that victims have had access to such a database. Notably, the government of Sri Lanka rejected all the recommendations that were made during the UPR regarding the need to protect human rights defenders and their work. Sri Lanka has a dismal track record on this issue. Since the March 2012 resolution was passed, civil society and media in Sri Lanka who are critical of the government or support accountability have come under attack.

Finally, the Sri Lankan government, both during the UPR and this Council session, repeatedly stated that it has cooperated fully with the United Nations. Yet among the recommendations rejected by the government were those requesting its full cooperation with the UN Special Procedures, including responding to pending request to visit the country.