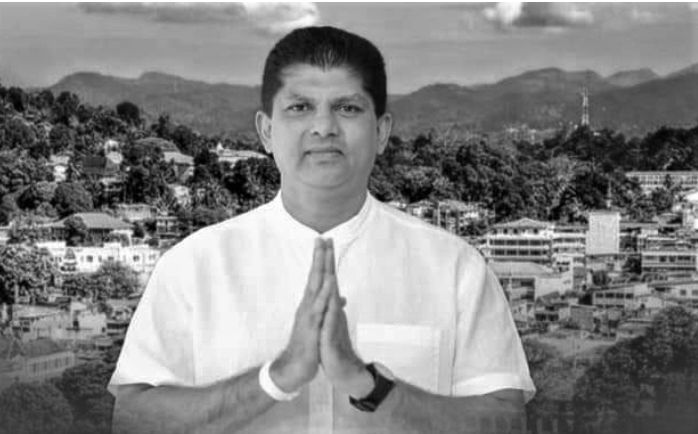 Three months after the Anuradhapura prison incident involving State Minister Lohan Ratwatte and two Tamil political prisoners detained under the Prevention of Terrorism Act (PTA), the outcome of the multiple investigations has not been disclosed.

At present, Police investigations regarding the incident are underway. The State Minister is alleged to have pointed a gun at the head of the two prisoners and threatened to kill them.

The Committee for Protecting Rights of Prisoners (CPRP) had filed a complaint said it’s chairman and lawyer Senaka Perera.

“However, we have not been informed yet of developments in regard to the complaint we lodged,” he said.

“It is important to investigate the matter as it is time-sensitive. Both prisoners and officials can be transferred and evidence lost. Failure to act means there will be repeated incidents in future,” he warned.

Mr Upuldeniya confirmed he had received it, saying the final report has not been completed as they are awaiting input from the Police and the retired High Court Judge Kusala Sarojini Weerawardena. The Justice Ministry appointed Justice Weerawardena to look into allegations against State Minister Lohan Ratwatte. Some inmates had disclosed facts only to the Police as they had no trust in the Prisons Department probe.

They wanted to be shifted to Jaffna and Vavuniya. However, it was not up to him because there were security and intelligence issues, he said. Some prisoners had asked in writing to be transferred to Colombo and Kandy and were moved out. But those who opted to stay in Anuradhapura remained there.

The Minister said he had received Justice Weerawardena’s final report. It was with the President and would also be submitted to the Cabinet at its next meeting, but details could not be disclosed to the people unless the Cabinet approved the report.

“We have always ensured that prisoners’ rights are protected,” Mr Upuldeniya said, when asked about the security of prisoners. He said the incident that took place was unexpected and relevant officials had been told to behave in a way that did not harm the reputation of the Prisons Department. The Commissioner General highlighted that necessary action would be taken against those involved once the final report was published.

“We have given strict instructions that no one should be permitted inside the prisons and they are being monitored. The Human Rights Commission has also been given unimpeded access to ensure such an incident does not take place in the future,” Minister Sabry said.

But prisoners are afraid of speaking out against injustices and torture they face within the system as the officials engaged in such behaviour work in the same jails.

“They are brainwashed into not speaking and are asked to withdraw complaints. This system facilitates behaviour that allows officials to abuse power. It has taken a mental toll on prisoners and their relatives because of constant safety fears,” the CPRP Chairman said.

“If an individual, minister or any other person is able to go and engage in the action that is alleged, it means that the State can not provide protection for people in custody,” former Human Rights Commissioner Ambika Satkunanathan said.

“Failure to take action entrenches impunity and shows that people who engage in such violations can continue to do so without accountability. The constitutional right enshrined in Article 11 and the Convention Against Torture Act criminalises torture. In reality, however, it is not so,” she said.

The Human Rights Commission has also completed an independent investigation. The court case is still underway.