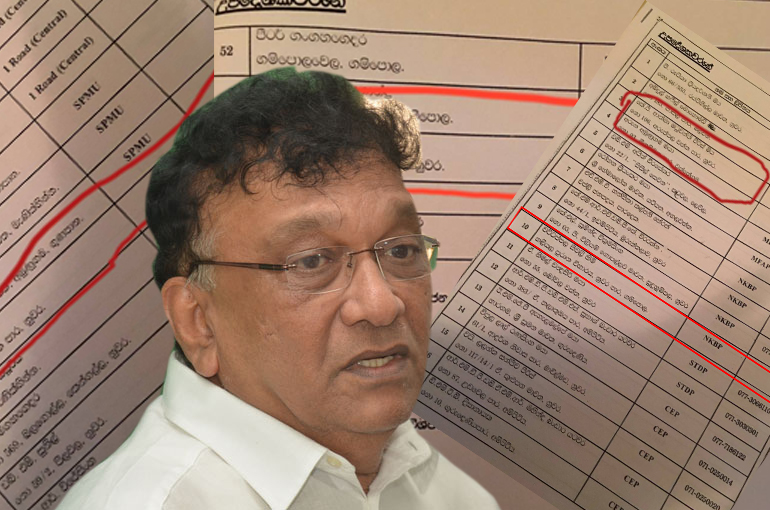 Minister of Higher Education and Highways Lakshman Kiriella denied in Parliament yesterday (21st) the information forwarded by JVP Parliamentarian Dr. Nalinda Jayathissa that three members of Minister’s Media Secretary’s family had been given three posts of consultants in the Ministry of Highways. The Minister also denied that a Buddhist priest had been appointed as a consultant for the Ministry.

However, we have received the document which states the brother, sister and father of the Media Secretary have been appointed as consultants for the Ministry.

In addition to the allowance received by the Media Secretary it is revealed that each of his family members receive a sum of Rs. 65,000 making a total of Rs.195000.

Also, the relevant document includes the name of Wattappala Seevali Thero as a consultant a fact which Minister Kiriella denied in Parliament yesterday.

As such, Minister of Higher Education and Highways Lakshman Kiriella who is also the Leader of the House of the Maithri – Ranil Parliament has hoodwinked the Parliament as well as the people in the country. 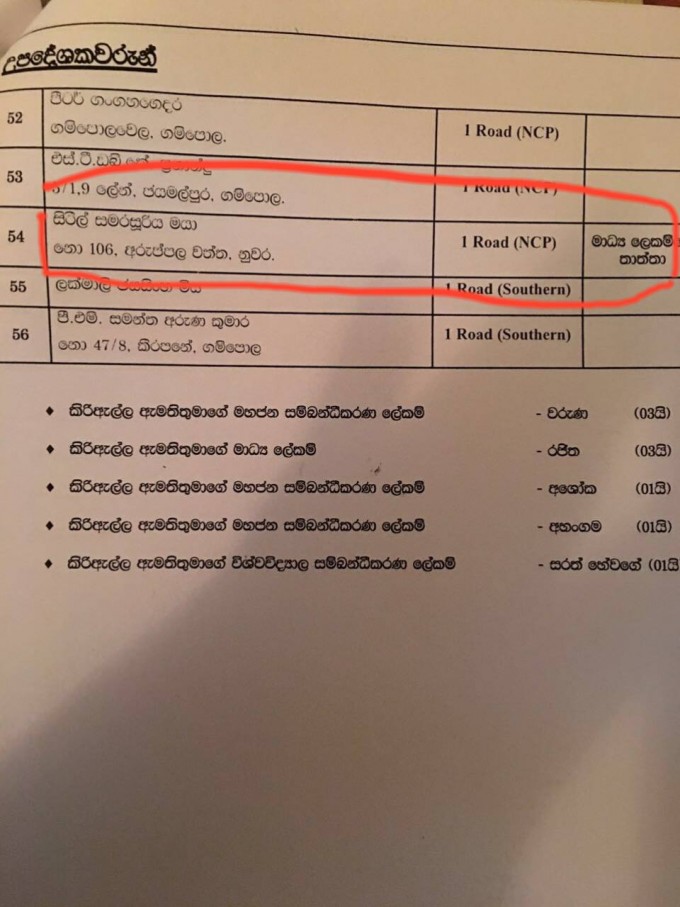 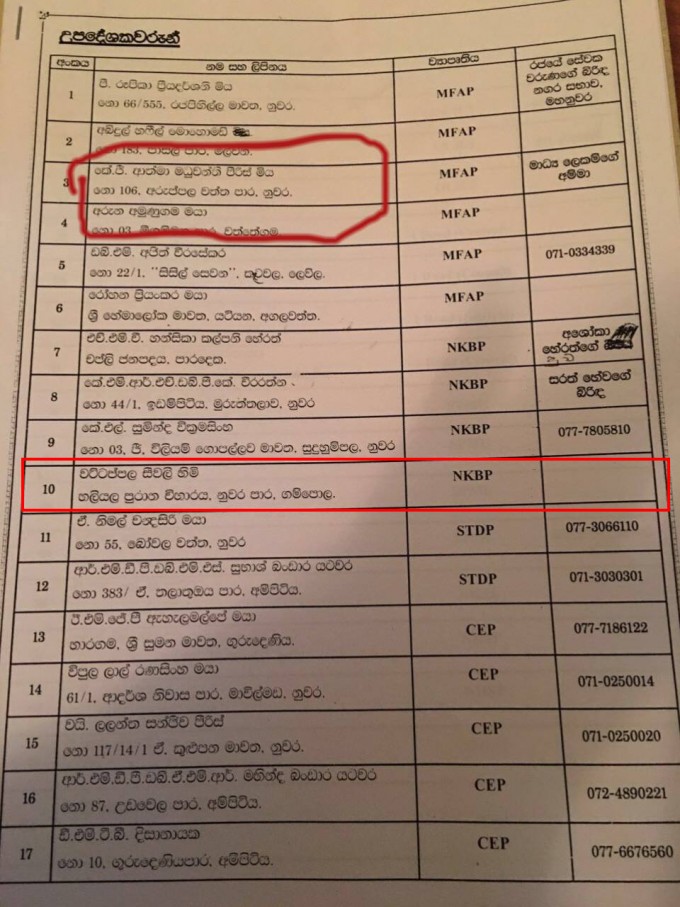 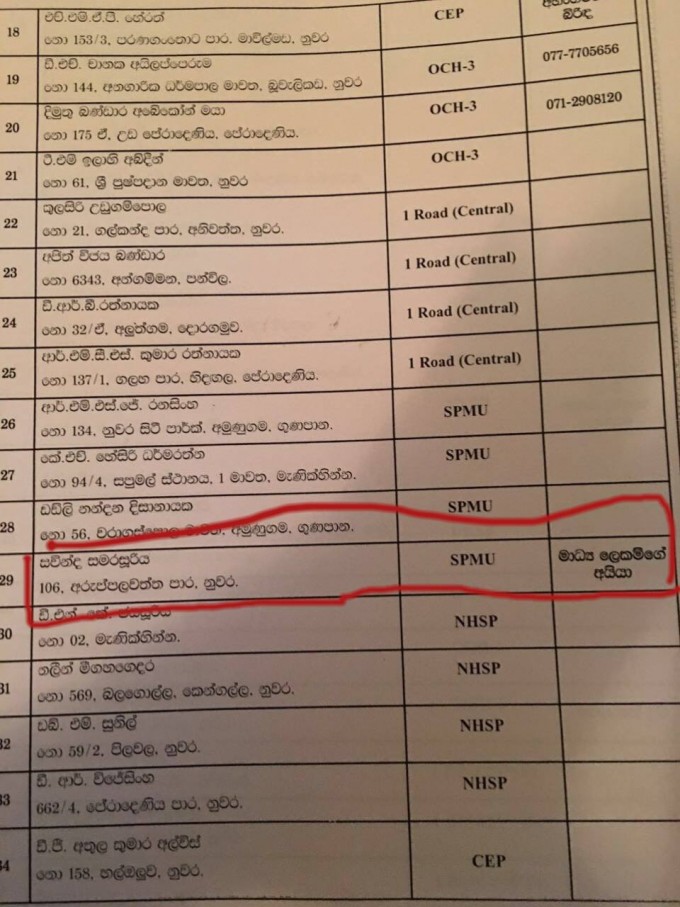