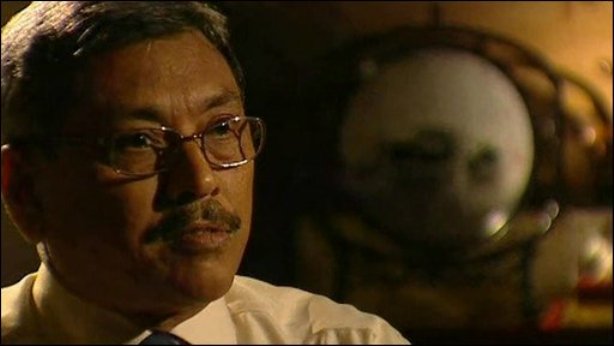 The million dollar question: Was Gotabhaya’s son involved or not?

The Financial Crimes Investigation Division (FCID) has started a probe on how a Sri Lanka Consul General’s office in Los Angeles received Government funds running into millions of rupees when it was not staffed for more than two years. The probe comes on a directive from Police Chief Pujith Jayasundera to FCID Chief Senior DIG Ravi Waidyalankara. This follows a written complaint to the Police Chief from Foreign Minister Mangala Samaraweera.

Earlier, speaking on the votes of the Foreign Ministry during the Committee Stage of the budget, Mr. Samaraweera alleged that the office in question had been used by the son of the former Defence Secretary, Gotabaya Rajapaksa. Mr. Rajapaksa strongly denied the accusation. However, the Foreign Minister’s written complaint makes no mention of the former Defence Secretary’s son.

FCID detectives have questioned several senior officials in the Foreign Ministry. Foreign Secretary Esala Ruwan Weerakoon, FCID sources said, had in a statement stated that a Sri Lanka Consul General’s Office had functioned from 2012 to 2015. He has said that a house was taken on lease as the residence of the Consul General in 2013 at a monthly rental of US$ 8300. He has said that two Army soldiers, who had earlier served in the Presidential Guard, had been posted to the residence and their emoluments paid in foreign exchange.

Mr. Weerakoon has added that he is now Secretary to the Ministry of Foreign Affairs having served a stint in 2011 as Sri Lanka’s Deputy Ambassador to the United States. He has said that Dr. Hector Weerasinghe had served as Sri Lanka Consul General. When he ended his tenure, Malraj de Silva, a former Army officer, it was claimed, succeeded him. However, it was his understanding that Mr. de Silva had not accepted the appointment, Mr Weerakoon has pointed out.

Aparekha Liyanagamage Ratnapala, Director of Overseas Administration at the Foreign Ministry, had told detectives in a statement that the working of Consulate offices came within his purview. It was on a written request by the then Consul General Weerasinghe for an official residence that permission was granted to obtain a house on lease. In July 2013, Dr. Weerasinghe had finished his duties. From that period until March 11, 2015 the rent for the residence, telephone charges, gas bills, satellite television bills, water bills and other expenses had been met by the Ministry of Foreign Affairs when G. L. Peiris was Minister.

He has said that Malraj de Silva had not officially accepted an appointment. There was documentation to confirm this, he has said. Kaludeva Aravinda Priyadarshi de Silva, the Chief Auditor, has also made a statement. In addition, Galhenage Arunakeerthi Senaratne, Chief Internal Auditor in the Foreign Ministry, has confirmed that so far Rs. 23 million has been paid for the upkeep of the Consul General’s office in Los Angeles. A further US$ 10 million has been placed as a deposit together with Rs. 6 million.

FCID detectives said they may obtain the help of US investigative agencies to question those linked to transactions in Los Angeles. What an utter waste of foreign exchange by the then Foreign Ministry!
SundayTimes.lk