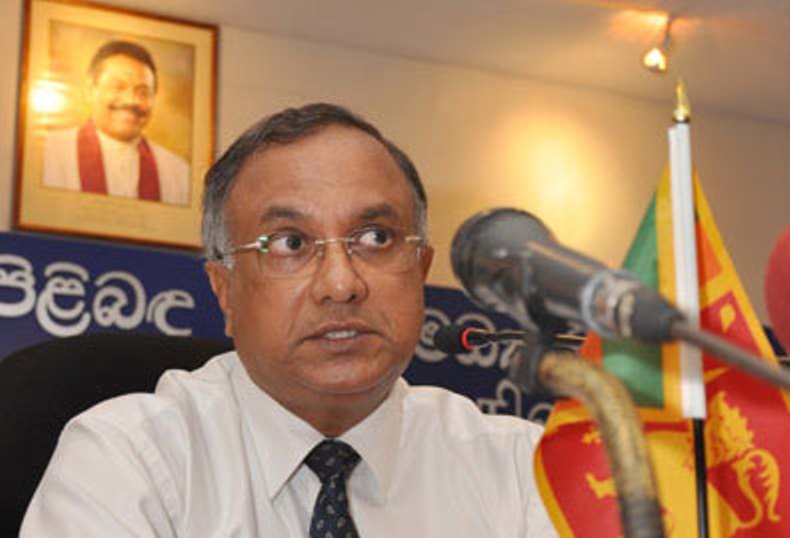 Retired Maj. Gen. Kapila Hendawitharana, national intelligence chief when Gotabhaya Rajapaksa was the defence secretary, has had Rs. 3.2 million credited to his Bank of Ceylon current account from across the country, a FCID investigation has revealed.

‘Ravaya’ reports that notable among them is one S.S. Kuhandan, who ran ASK cable TV in northern and eastern provinces having credited Rs. one million to Hendawitharana’s account.

Hendawitharana and certain others, identified as I.M.G. Kumara, Paragoda Gamage Wasantha Dias and Vajira Liyanage had withdrawn the money on several occasions.

Investigations also revealed that the Presidential Secretariat had paid Rs. 153 million, at the rate of 15,000 per month, to ASK TV to transmit Tamil news and programmes of state TV channels to France through satellite technology.

For that, owner Kuhandan had met with the then secretary to the president Lalith Weeratunga through Army intelligence member Suresh Sally.

Payments had been made, but it has not been established as to whether the programmes had been transmitted to France.

ASK TV aired state TV programmes in the northern and eastern provinces without making any payments to the state as well.

Kuhandan operated a TV channel in France too, by the name DAN TV

The FCID commenced investigations on Kuhanathan after it was alleged that the Dan TV head has been depositing funds of Hendawitharana and several of his associates at financial institutions in Luxembourg from 2009.

The Additional Magistrate also ordered FCID to investigate the incident in-depth and to report the progress on 2 July.