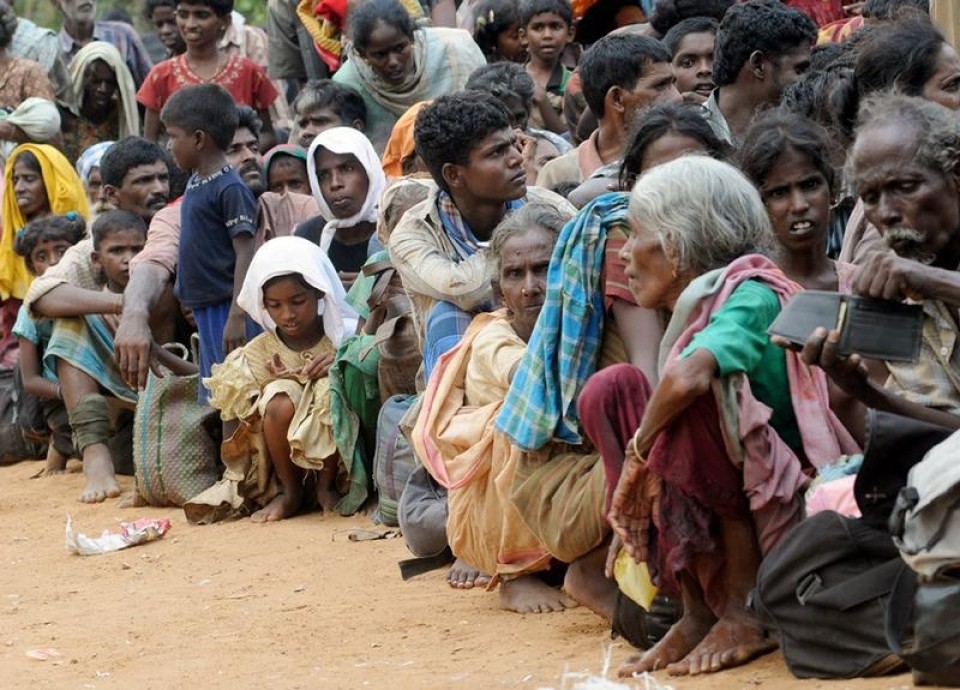 [IDPs in Vanni; file photo: REUTERS/Stringer]
Sri Lankan military intimidation has for the second time led to prayers that were going to be held for the displaced people of Valikamam North being cancelled, reports Uthayan.

Military intelligence once again threatened the organisers with “consequences” if the prayers, organised for those displaced in Valikaamam North, went ahead.

Joint prayers were due to be held at the Sabapathipillai Welfare centre today and preparations were already underway, when military intelligence came to the centre and warned the organisers to remove the hut that was being erected for the occasion.
Tamil Guardian

Prayers organised for those displaced in Valikaamam North were called off this week after organisers received threats from military personnel, warning them there would be “consequences” if they went ahead with the prayers, Uthayan reports.

The prayers had been organised by the Poonthalir Women’s Forum at the Sunnaakam Sabapathipillai Welfare Centre to pray for the resettlement of those displaced in the region.

Attempts to explain that the event was simply a religious event only increased the threats, organisers said.

Organisers had planned to hand in a petition to the local officer, calling for the rapid resettlement of the displaced.
Tamil Guardian