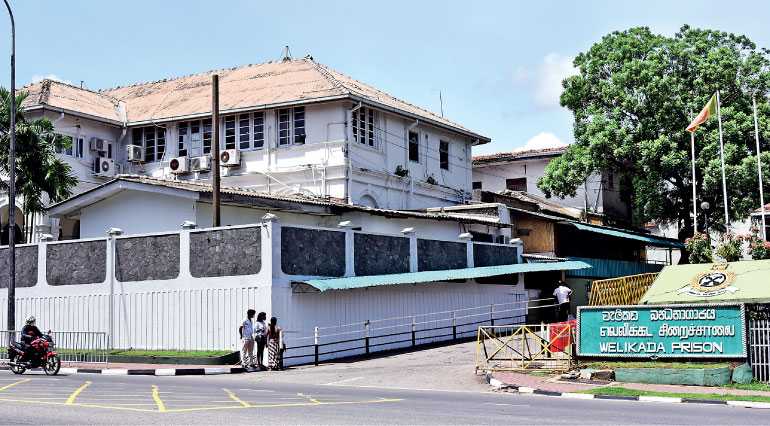 President Gotabaya Rajapaksa placed ‘prison reform’ on the government’s public policy agenda following an unannounced visit to the Welikada prison complex in February 2020. While this might appear progressive, particularly given the dysfunctional prison system in Sri Lanka, the government’s understanding of prison ‘reform’ and the strategies the government proposes cause deep concern.

The concern stems from the government’s failure to take note of the root causes of the dysfunctional prison system. Instead, the symptoms of structural and systemic problems are presented as causes, and simplistic and rather regressive strategies are proposed as solutions.

The flaw in the government’s approach is that it blames individuals for the dysfunctional state of prisons, and absolves the state from responsibility for creating the conditions that caused the dysfunctionality. The proposed solutions are quick fixes that will not lead to any fundamental changes to state structures or processes because they will not dismantle the bases and sources of arbitrary power, violence and corruption. Hence, the result will be the appearance of temporary, superficial change. The dysfunctionality will remain.

Central to the government’s ‘reform’ strategy is the construction of a simplistic narrative with clearly identifiable enemies/bad guys’, i.e. drug dealers and corrupt prison officers, who are viewed as the sole cause of the dysfunctional prison system. It is expected that dealing with these groups will result in a ‘clean and untainted prison system’[1] in Sri Lanka.

The construction of the narrative began on 10 February 2020 when President Gotabaya Rajapaksa visited the Welikada Prison complex unannounced and met with prisoners and prison officials. It was reported that the prisoners informed him of their intolerable living conditions, in particular overcrowding, as well as delays in legal proceedings and other problems related to the criminal justice process. Thereafter, the President held a meeting on 1 June 2020 with prison officials, military personnel and police officers, which set the foundation for and tone of what was to follow.

At this meeting the President stated that the drug mafia and organised crime operating from within prisons must be eradicated and that the efficient functioning of the prison system was imperative for the maintenance of law and order. Corrupt prison officials were highlighted as one of the key causes of the dysfunctional prison system.[2]

At the same meeting the Secretary, Ministry of Defence, Maj. Gen. (Retd.) Kamal Gunaratne warned prison officers who assist prisoners who are involved in criminal activities within prison that they would be investigated, and urged them to refrain from such activities.[3] The third key state official to identify drug dealers and corrupt prison officers as the reason for the dysfunctional prison system is Attorney General Dappula de Livera. When De Livera visited the Department of Prisons Centre for Research and Training on 19 June 2020 he stated that prisons have become a breeding ground for criminal activity and strict action would be taken against complicit inmates and officers.[4]

The dominant theme of the narrative

The dominant theme of the narrative that is being constructed is that the main problem with the prison system in Sri Lanka is prisoners engaging in illegal activities, mainly drug offences, while being in prison, with the assistance of corrupt prison officers. This is captured in Secretary Defence Kamal Gunaratne’s statement that, ‘It’s no secret that prisons in this country had become sanctuaries for drug lords and underworld criminals over the years’.[5]

‘Cleaning up’ prisons and ‘nabbing’ corrupt officers, through quick fixes, such as the installation of phone jammers, body scanners and arresting corrupt officers, are proposed as solutions. Although there has been some mention of overcrowding and the lack of an effective rehabilitation process, the government’s response has largely failed to address the root causes.

What ails the prison system in Sri Lanka?

From January 2018 to March 2020 I led the first ever national study of prisons at the Human Rights Commission of Sri Lanka, which entailed visiting and inspecting prisons, interviewing hundreds of prisoners and prison officers, noting their complaints and listening to their stories. During this period I was able to gain an understanding of the systemic and structural problems that exist, and the ways in which they impact prisoners, prison officers and society at large. The purpose of sharing what I learnt and witnessed is to illustrate the fundamental problems that afflict the penal system, and initiate a discussion about solutions that will address not only the symptoms but also the causes of the dysfunctional penal system.

Below the  basic humane living standards

In the existing prison system, the living conditions of prisoners are well below the threshold of what would be considered basic, humane living standards. The buildings in which they are housed are in many instances dilapidated, with poor light and ventilation and unfit for habitation. Many are also infested with pests, such as rodents, bed bugs and mosquitos. Prison overcrowding results in persons not even having the space to lie down, due to which they take turns sleeping or sleep in the washrooms.

Access to critical services such as healthcare is also limited due to the lack of resources to address the needs of all prisoners. For instance, medical infrastructure and specialised medicine inside prison hospitals is in short supply, thereby limiting the options for treatment available inside prisons, which require prisoners to be transferred to the general hospital for diagnosis and treatment. Yet transferring prisoners to public hospitals is a challenge due to the shortage of transportation facilities as well as prison officers, because officers have to also perform court duty and transfers to other prisons.

During the prison study the Commission received a large number of complaints, in every prison, from prisoners whose medical appointments and operations had been delayed for months, and sometimes even for years.

Although imprisonment can trigger and cause psychological distress and worsen existing psychological conditions, especially in the living conditions described above, the prison healthcare system is not equipped to provide mental health care. Regular psychiatric clinics are conducted in certain prisons, which are visited periodically by psychiatric consultants. Prisons having trained in-house counselling officers is however almost unheard of. Prison officers are not trained to deal with mentally ill persons, and in the event a person exhibits violent behaviour the only options prison officers have is to isolate or restrain the prisoner, which could result in violence being used. The same fate would befall persons suffering drug withdrawal symptoms.

Communicating with families during imprisonment is difficult since only Welikada Closed Prison has monitored phone facilities. In every other prison, families must either visit the prison in person or communicate through letters. Many families cannot afford to travel long distances to visit, and even those that visit are most often able to see the prisoner for only a few minutes due to the large number of visiting families that have to be accommodated in a day. Visit rooms are small, overcrowded, have poor ventilation and don’t afford any privacy. In many instances, due to the large number of persons in a visit room at any given time, it is not even possible to hear what is being said and persons have to resort to shouting to be heard.

The lack of modes of communication

The lack of modes of communication also prevents prisoners from communicating with their lawyers, which hampers their ability to mount a vigorous defence. The majority of detainees cannot afford the extra cost of requesting the lawyer to visit them in prison and are forced to consult with their lawyers only in court for a few minutes prior to the proceedings. The absence of legitimate means of communication provided by the prison is a contributory factor to the creation of a market for phones that are smuggled into prison.

Opportunities for rehabilitation, which is one of the core purposes according to the penal system, are limited, ad-hoc and not holistic. Individualised rehabilitation programs based on a skills assessment of each prisoner do not exist, and the most common programs in prisons are masonry, brick-making, cultivation and welding. This points to the need to diversify skills training to enable persons to seek employment in varied fields so that they are not restricted to low paying jobs upon release.

There is also a severe shortage of staff resulting in officers being overworked and experiencing stress and mental distress. The cadre of officers has not been increased commensurate to the increase in the number of prisoners, resulting in a high ratio of officers to inmates. According to publicly available statistics of the Department of Prisons, as of 31 December 2018, only 3,774 guards were employed despite the total number of prison guards in the cadre being 5,041.

The total number of uniform staff decreased from 5,746 in 2016 to 5,296 in 2019. Due to this, an officer has to perform multiple functions, work long hours and undertake multiple and consecutive shifts. This adversely affects the efficient administration of the prison and causes procedural delays, such as in the transfer of prisoners to hospitals.

The salaries, allowances and benefits prison officers receive do not reflect the dangerous nature of their work and the constant threat to their lives. A study that was conducted in 2018 by the Ministry of Health with 1,803 prison officers, including Rehabilitation Officers and prison guards across 33 prisons found that as a result of these factors, officers experience loss of job satisfaction and high levels of burn out which is the compounded result of stressful working conditions, long shifts and insufficient pay.[6]

The background of the prisoners who enter these facilities is pertinent to an analysis of the current state of prisons, because it illustrates the need to address broader socio-economic issues to reduce crime and prevent harm. Prison statistics show that most prisoners are from disadvantaged and marginalised socio-economic backgrounds. The life stories of these persons illustrate that their socio-economic status in many instances also led to their gradual criminalisation and ultimate imprisonment.

It also impacts their ability to retain legal representation and mount a vigorous defence, which in turn could lead to their extended imprisonment. The imprisonment of men in particular, who were the primary income earners in their families, pushed their families further into poverty and destitution. This not only caused much anguish to the prisoner, but also created conditions for the cycle of poverty, marginalisation, destitution and criminality to continue within that family.

The [dis] functioning of the criminal justice process

The dysfunctional state of prisons is linked to the shortcomings in the functioning of the criminal justice process, which has been highlighted in the UN Standard Minimum Rules for the Treatment of Prisoners (Mandela Rules). For instance, bail being an exception rather than the norm results in extended pre-trial detention, which in turn contributes to prison overcrowding.

Similarly, when the person has been refused bail, trials that take years not only result in overcrowding but also lead to the extended incarceration of unconvicted persons. For instance, a person who is ultimately acquitted would have spent years criminalised, in remand, being away from their family, not earning an income and not engaged in any productive activity.

The person’s imprisonment would have also resulted in stigmatisation of their family, due to which they would have suffered adverse socio-economic and emotional repercussions. In such cases imprisonment is not only a burden on the taxpayer but also results in diminishing returns because these persons do not leave prison prepared to reintegrate into society and live as productive citizens.

(The writer is an Open Society Fellow. She was a Commissioner of the Human Rights Commission of Sri Lanka from Oct. 2015 to March 2020.)

5 ‘Sri Lanka will be a just and safe country for all communities to live, Defence Secretary assures’, ColomboPage, 16 June 2020.