Militarisation in Sri Lanka : Deputy Inspector General of Police appointed as a Ombudsman under president Rajapaksa. 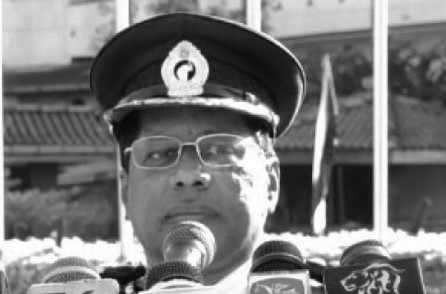 President Gotabaya Rajapaksa has established an office of the Ombudsman at the presidential secretariat and has appointed Retired Senior Deputy Inspector General of Police S. M. Wickremasinghe as his Ombudsman.

The Office of the Parliamentary Commissioner for Administration (Ombudsman)  is an office established under Article 45 of the 19th Amendment to the  Constitution of the Democratic Socialist Republic of Sri Lanka. In terms of Article 41 (C) of the 19th Amendment to the Constitution, His Excellency the President shall appoint a suitable person to the said position, pursuant to the approval of the Constitutional Council upon the recommendations made to the Council by the President. The Ombudsman can be removed from the office only after adopting a resolution in Parliament.

Constitutionally appointed the Ombudsman’s role is functions are described  in the official web site :

“By virtue of powers vested by the Act, No.17 of 1981 as amended by the Act, No.26 of 1994, main function of the Parliamentary Commissioner for Administration (Ombudsman) is to make fair recommendations, having conducted inquiries upon receiving complaints of violation of fundamental rights or other similar injustices which have been or is being or likely to be caused imminently, by the acts of a public officer, an officer in Provincial Councils or an officer of Public Corporations or another similar institution. The Office of the Parliamentary Commissioner for Administration (Ombudsman) could be considered as a key institution through which any person can seek relief when his/her fundamental rights are violated or other similar injustice is caused by administrative decisions taken by the officials of the State or Public Corporations, Local Government Institutions or other similar institutions in order to avoid such injustices.”

“The objective of setting up an Ombudsman Office is to provide solutions to any inconvenience or distress caused to the public as a result of negligence of public officers or acting beyond their limit while exercising their administrative powers.” Further presidential media unit says that complain can be made  about large scale drug trafficking which causes disruption to the civilian life, damages to the environment and any other illegal activity to the Rajapaksa appointed Ombudsman.