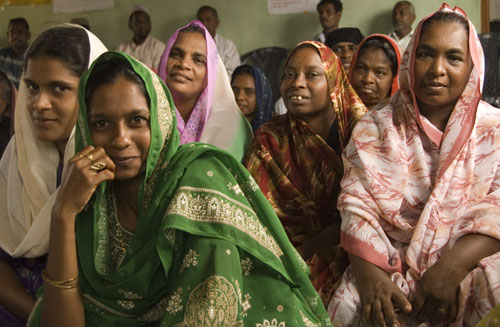 The government has been responsive to public pressure in multifold ways. It amended the budget in 16 different areas due to protests by trade unions and affected groups even though the budget deficit grew by more billions. It is investigating a case of abduction by one of its members. It has been responsive to concerns expressed by civil society about the absence of participation in both the constitutional reform and transitional justice processes. Prime Minister, Ranil Wickremesinghe has appointed a 24-member committee from political and civil society to obtain views on constitutional reforms from the public. This Committee will seek oral and written submissions from the public and a report will handed to a Cabinet Sub Committee on Constitutional Reforms. In addition Foreign Minister Mangala Samaraweera has appointed an 11-member committee to discuss and provide input on issues pertaining to the Geneva process.

It is important in a democracy that the people believe their government is prepared to both listen to them and change its decisions accordingly. On the other hand, the government has to balance the national interest as against the interests of specific groups, and to look at short term in relation to long term interests both for itself and the country. Embedded in both the constitutional reform process and the transitional justice process are potentially explosive issues which can be exploited by extreme nationalists and opposition parties for political gain. Even at present the issues highlighted in the resolution of the UN Human Rights Council that Sri Lanka co-sponsored in Geneva, which relate also to truth seeking, reparations and institutional reforms, are being distorted as being solely about war crimes and taking war heroes to The Hague for trial by international tribunals.

The issue of equitable sharing of power between the main ethnic and religious communities who live in the country is another controversial issue that has a long history of conflict. The positions on the sharing of power that each community has is unacceptable to the others. A compromise is necessary. However, in the past the representatives of these communities would sit across the table and attempt to negotiate. This was most notably the case between successive governments and the various representatives of the Tamil people. At the present time, the fact that the government is a national unity government, and has the two main parties within it, and enjoying the support of all the ethnic minority parties, provides an unprecedented opportunity for consensual decision making. Instead of sitting across the table and bargaining with each other, this time there is an opportunity to sit on the same side of the table and address common problems together. 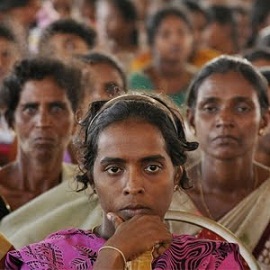 However, there is a gap between what is happening at the decision making levels of society and at the community level that needs to be noted. In the last days of 2015, I was in Anuradhapura to discuss issues of reconciliation with community leaders drawn from diverse backgrounds, including religious clergy, school teachers and local government officials. Looming large in any discussion in Colombo on the topic of reconciliation would be the issue of the resolution of the UN Human Rights Council, which the Sri Lankan government decided to co-sponsor, and the issue of inter-ethnic power sharing when it comes to constitutional reform. Accordingly the key components for the government to take on would be the establishment of a truth seeking mechanism, judicial mechanism to ensure accountability for past crimes, compensation for victims and institutional reforms to ensure that there will be no repeat of the past practices that led to conflict.

However, at the Anuradhapura discussion it became clear that the interest of the participants was not confined to the UN resolution and on whether the judicial mechanism should be hybrid or not, and whether confessing the truth is part of the Sri Lankan cultural heritage or not. Even before there could be a discussion on the Geneva process and its implications, a Buddhist monk from the audience interrupted to ask whether not giving school children their school uniforms, and instead giving their parents a voucher to purchase their own school uniform, was a practice of good governance. This comment was followed by an observation by a school teacher present at the discussion who said that it was an inefficient use of the school principal’s time, as he had to certify the receipts that the parents had brought to prove their purchase of the school uniform—there being thousands of such claims to be certified.

Another issue that was of particular interest to the participants was of the fertilizer subsidy, which was one of the 16 instances of reversals in the government budget, though evidently not to the satisfaction of the farming community. The government decided to convert the fertiliser subsidy in to an allowance of Rs. 25,000 for farmers who cultivate less than 2 hectares of land. Even though the overuse of low grade fertilizer provided at highly subsidized rates in the past is believed to be responsible for the kidney disease prevalent in the Anuradhapura area, it was clear that the reduction of the fertilizer subsidy was able to generate considerable emotion. It was such tangible issues, close to the lives of the people, that the participants at the discussion on reconciliation wished to discuss more fully. This preference will have to be taken into consideration in any mass educational campaign that is intended to build the support base for reconciliation in the country.

The message from Anuradhapura was that issues of constitutional reform and transitional justice, important though they are for national reconciliation, for the ethnic minorities and for the international community, are of less immediate consequence to the lives of the majority of people who are not national level decision makers or seek to influence them. What are of more consequence to them are matters of economic resources that impact on their lives on a daily basis. School uniforms, fertilizer subsidy, kidney disease and viable livelihoods are priority concerns that also need attention and responsiveness if the government is to obtain the political support of the people regardless of successes in constitutional reform and transitional justice.

Unfortunately, the perception amongst the people at the grassroots level is that the government is favoring the rich over the poor. The lifting of the tax exempt income from Rs. 500,000 to Rs. 2 million a year was an entirely unexpected bonanza to those who are relatively well off in Sri Lankan terms. On the other hand, the increase in tax from Rs. 2 million to Rs. 10 million on collection centres for toddy will have a negative impact on the earnings of toddy tappers, who are amongst the low income earners and who are spread throughout the country.

There is a need for the government to follow the model it is adopting with regard to obtaining the views of the people on constitutional reform and transitional justice and utilize the services of civil society organizations that are in close contact with the economic life of the people such as the Sarvodaya Movement. They can be a part of government mandated committees, as in the case of the civil society committees appointed to ensure people’s participation in the constitutional reform and transitional justice processes. There is also a need to ensure greater public and academic discussion on issues of the economy and on ensuring an improved environment for economic investments to be made. At the present time the discussion is more on issues of crooked deals and corruption rather than on creating an investment-friendly environment that could contribute to the economy. Progress on reconciliation will be easier if the economy is also growing and contributing to the betterment of the lives of all people irrespective of their ethnicity.