Media reforms in Sri Lanka: the present and beyond” – M.J.R.David 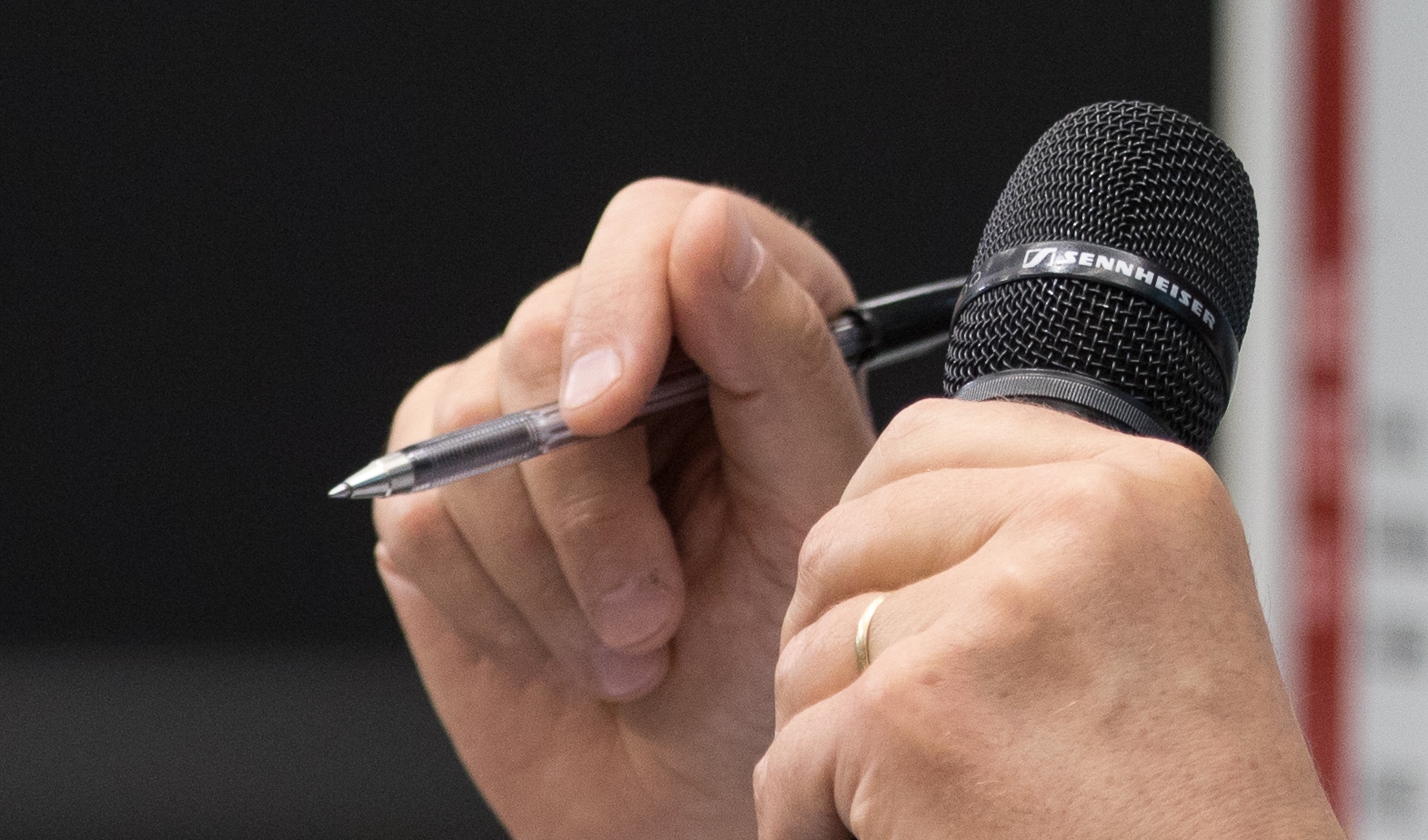 The efforts take to develop media reform proposals are massive and the output of reports is volumes yet the output is seriously limited.

1.0 It may not be unreasonable to conclude that this frustrating scenario is certainly among many other factors that have contributed towards a loss of direction and has resulted in a pathological condition within the media land scape of Sri lanka.

Broken promises and lost opportunities are the hall mark of the media reform agenda of Sri Lanka.

This presentation will examine the current scenario and propose a few initial thoughts on how to move forward, the proposal is very much debatable as it is very subjective.

1.1 Media reform on the political agenda

Media reform has always ranked high on the political agenda at election times.
A reflection of the recent past revels that free media and reform has been a key pledge across the board all political brands.
I t may be useful to briefly take a look at the different initiatives taken towards media reform before we discuss moves beyond the current scenario. However it needs to be noted that this this summarization is very much less than complete.

1963:Press Commission Report  – Proposals to control the Press and subsequently the establishment of the Press council.

1989: All party conference on youth unrest – Recommendations for youth participation in media

1994: Election Manifesto of the Peoples Alliance -A pledge for sweeping media reform including repealing counterproductive legislation and development of new structures

1994: Sidath Sri Nandalochana Report on Lake house – Broadcasting the organization and democratization of the institution

1996: RKW Goonasekara Report on Legal Reform – 52 recommendations on media reform were presented and this remains a comprehensive legislation on the legal aspect of media reform

1998: Colombo Declaration – A Document of understanding signed by the free media movement,editiors guild ,newspaper publishers association and later working journalist associatio; A broad agreement and vision on how to manage,condct and regulate media

2005: Tholangamuwa Declaration – Proposals for a public service media from A collective of media organizations

2006: Gender and Media Charter – A broad understanding among journalist on how to report gender issues

2006: Waligma Declaration – A Broad set of principles on how to report ethnic issues and reconciliation

2007: National Media Policy prepared by the ministry of media and information – A guideline for journalist on how to report and recommendations on policy matters

2010: Kelaniya Declaration – Department of Mass Communication – Recommendation from University academics to the government on media reform an media training and development

2016: A Report on Restructuring media compiled by the National Secretariat for media reform – A study evaluating the Sri Lankan media context against UNESCO indicators

Many of the proposed reforms are recommendations that p0 are yet to become a reality and there could not be much debate on that the project of ‘reforming media “has badly failed.

At this point it should be noted that even pledges to refrain from certain actions have been considered as pledges to safeguard the media.
In 2015 a key pledge to the media has been that journalist would not be harmed.

It is sad that the promise not to ‘Kill and harm ‘media workers and journalist becomes the top line of a presidential candidate.

At the time of the presidential election campaign in 2015 at least journalist and media workers killed threatened.
Since the election of the new government the number of attacks on journalist have decreased although not satisfactorily eliminated.

A number of those who are responsible for silencing the media by e killings and abducting journalist and media workers are yet be held accountable for their acts.

On the front of legislation enacting the act of right to information act certainly deserves praise and understandably moves to regulate the electronic media in a consultative manner are underway. Other that than that legislative reform has not made progress. Media education and training is very much below acceptable standards.

In a context where a society has not been able to get its basics correct is there any use of lamenting that reforms of a higher order not been carried out?
On the other hand there is a popular belief that our political mangers of post independent Sri Lanka have failed miserably in delivery of pledges.

• The Media reform is not considered continues process but rather a sporadic intervention that is driven by external forces or artificially generated interest such as election pledges.
• There is no problem analysis carried out collectively by respective stake holders or systematic advocacey.it is more a random intervention by interest parties
• Media reform is more a reaction to identified issues rather than a proactive process.
• The current media reform proposals are out dated. The changes of the media landscape such as emergence of social media and convergence need to be taken to account.
• There is no enabling environment to support progressive legislation ie lack of professionalism
• Media is not a business in the real sense and the capital is not clean such media operations are not sensitive towards reform.
• The electronic media operators have obtained licenses with very vague conditions that are beneficial to them and they may feel restricted by reform and thus they may reject a reformist agenda.
• Regulating electronic media by legislation is an outdated exercise, the focus should be on next generation media and content rather than conventional media delivery forms. This calls for a paradigm shift directed towards to the consumer not producer. This needs to be done thru a media literacy advocacy intervention.
• A Media reform mapping exercise needs to be carried out to identify priority areas and develop a road map for change.
• The stake holders need to be given due recognition and mutual respect the government needs to be convinced and civil society needs to be respected. The interaction between stake holders need to be worked out and this has not happened sufficiently.
• The integrity of certain media reform activist is in question
• There is a lack of media literacy of the wider population and this is constrain in developing a enable agenda.
• Lack of professionalism among the journalist community that has led to an anti-reform or a less interested mentality towards media reform.

This just a bit of what I heard of the reasons for the failure of the media reform agenda.

Do we abandon the media reform and allow the market forces, social forces and the industry to operate on an auto pilot mode?
Are we to push harder for the reformist agenda to succeed? Or
Are we to allow technological innovation to dictate the media agenda?
These are certainly questions to answer but in this instance a change of approach is suggested.
At this risk of simplification the change of approach could be suggested as a change from a liner approach to approach of complexity.
A liner approach could be defined as an approach that pushes in a given direction in a strategic manner with the ultimate objective of achieving an end goal.
A approach of complexity takes in to account diverse situations, scenarios and there is no fixed answer or end goal.

The complexity approach recognizes that outcomes are less than predictable and that diverse out comes emerge as the process evolves. There are expected out come as well as unexpected out comes.

The media is not one single entity but a collective of multiple universes. It’s not many voices -one world but its many voices and many worlds. There is not one question but its many questions any many answers while some questions have no answers. It’s a scenario of multiple realties that sometimes act in concert and some act independently or indifferent each other. In this context a serious rethinking of the media reform agenda is proposed.

At least five elements of a media reform ecology could be identified to be integrated within a complexity approach.

(1) The legislative and constructional frame work
(2) Media literacy frame work in the context of the public sphere
(3) The technological complex framework
(4) Action and reaction of the media industry
(5) The complex whole created by the interaction of the above elements and any other factors.

A complexity approach should be able to manage tensions that emerge within the interaction of these elements in a manner that would fulfill at least some of the needs and aspirations of the stake holders.

These differences need to be treated as a ‘disruptive space that would contribute towards an enabling environment and something that is negative by itself.

The complexity approach for change in the media land scape will need to management tensions among stake holders in manner that would not be counterproductive or at least diffuse tensions by crating spaces for each other.

Compared to a linear media reform approach the complexity approach is challenging and dynamic.

Is the sri Lankan society ready for such approach or at least those who are disappointed with the lack of success of the media reform agenda willing to take up this dynamic challenge?