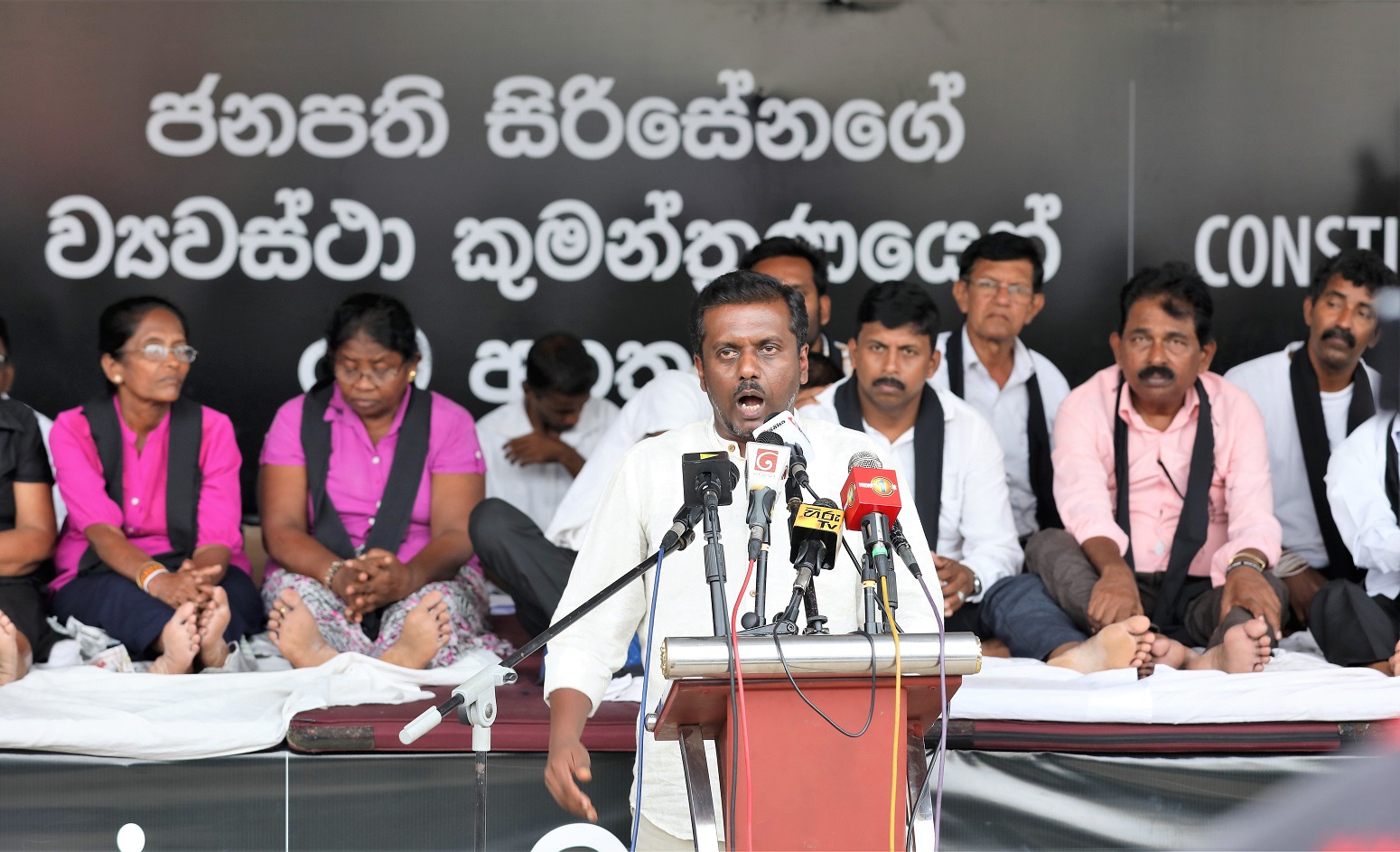 Sri Lanka media organisations so far failed to defend the freedom of expression rights of three prominent rights activists who are being investigated by the police for speaking up against the constitutional coup staged by president Sirisena on 26th October 2018. The coup has now been defeated by the majority vote in the parliament, two Supreme Court decisions and vibrant civil society groups.

A news report on the incident follows:

The Police Special Investigation Unit (SIU) today recorded statements from three members of the ‘Purawesi Balaya’ organization in connection with a statement made by its representative Saman Ratnapriya recently.

Police said Saman Ratnapriya, Gamini Wiyangoda and Prof. Sarath Wijesuriya were questioned for nearly three hours following a complaint lodged by Pivithuru Hela Urumaya General Secretary Upul Nishantha saying that Mr. Ratnapriya had made a statement at a media briefing which was liable to cause a clash and a threat to national security.

The investigations were launched under the directions of IGP Pujith Jayasundara.

The three members of the ‘Purawesi Balaya’ were summoned for further investigations on December 17.