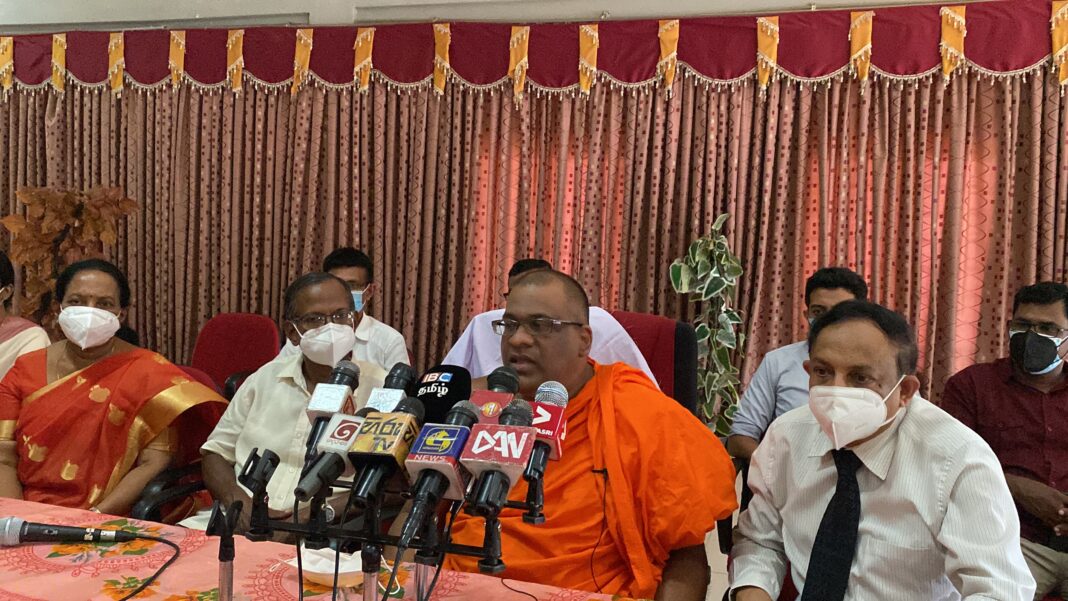 The third meeting of the “One Country, One Law” Presidential Task Force had its third meeting in the  Northern Province today at the Mullaitivu Puthukkudiyiruppu Divisional Secretariat Conference Hall.

The meeting was held with the participation of a working group headed by Galagodaaththe Gnanasara, an extremist Buddhist monk with a history of incendiary statements and incitement to violence, who serves as the chairman of the of the One Country, One Law Task Force.

Only the community level members who have already been invited were asked for their views and suggestions on the same country, the same law.

Mullaitivu journalists who went to cover the incident were denied permission to enter the meeting. Gnanasara spoke to the media following the end of the session.

It was observed that Gnanasara Thera, who travelled to Mullaitivu with special police protection, was making decisions regarding who would be allowed inside the hall where the meeting was held.

At least one officer stood behind every journalist and a Buddhist monk photographed a reporter who asked questions to Gnanasara.

After the journalists were allowed into the hall, a Buddhist monk demanded that a reporter who videotaped a part of the proceedings delete the footage.