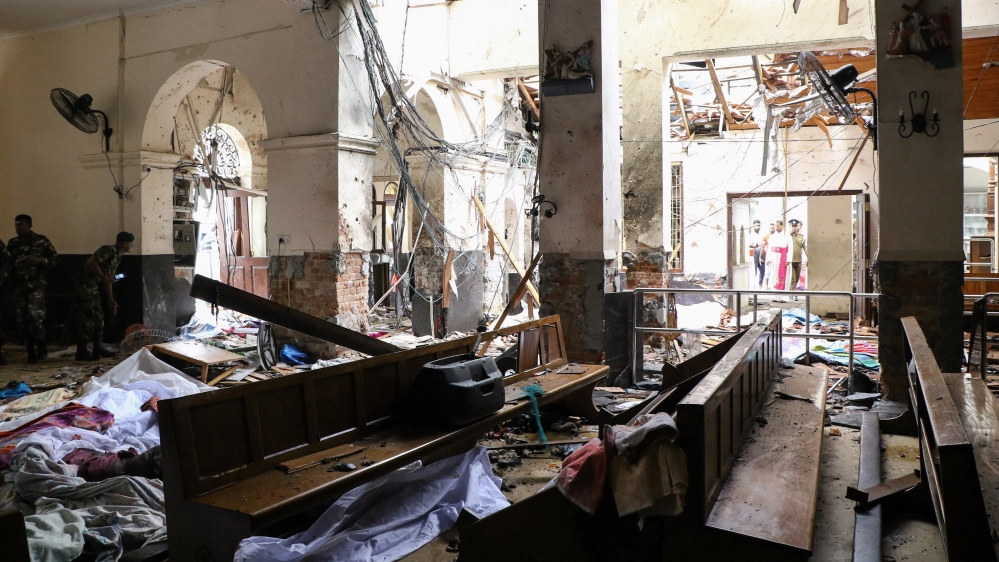 During attacks by organised groups on mainly Muslim religious centres, shops and houses in the North Western province and some other areas, on Monday, one person was killed and ten others were seriously injured.

Police said around 500 buildings including some religious centres had been destroyed in the attacks.

According to police 60 persons were taken into custody in connection with the attacks and 33 of them were remanded, while a number of attackers had been identified.

M. M. S.Ameer (43) a father of two of Kottaramulla was killed in the attacks.

Acting on a tip-off, the police recovered a consignment of swords, knives and mobile phones hidden in the Hamilton Canal behind the Tummodera Mosque.

There were four swords, 19 knives and eight mobile phones. Following the recovery of those items, the irate residents of Tummodera, Nattandiya and adjoining areas stoned shops owned by Muslims and damaged the Mosque in Tummodera.

Although a police curfew was declared, the attackers disregarded the presence of the police and army personnel and continued to throw stones at some of the shops and buildings resulting in five soldiers receiving injuries and being admitted to the Marawila hospital.

The police said in a tense situation, Muslims living in Kottarammulla and Tummodera stormed Morkele village a predominantly Sinhala area and damaged a few houses. In the attack a former STF commando was seriously injured.

The victim was admitted to the national hospital and the hospital sources said his condition was serious. In retaliation, residents of Morakele had entered the Kottarammulla village and killed a Muslim and damaged some houses. The situation was brought under control by the army and the STF.

The attackers set ablaze an oil mill and damaged 23 houses in Wariyapola, while 70 houses and 40 shops were damaged in Hettipola. In Bingiriya, three religious centres and shops were damaged. A mob of 2,000 stormed the Minuwangoda town and set ablaze about 60 shops. As the police were unable to bring the situation under control, the STF had to be called in. Thirteen suspects taken into custody were remanded till April 29 by the Minuwangoda Magistrate.

By Hemantha Randunu/ The Island