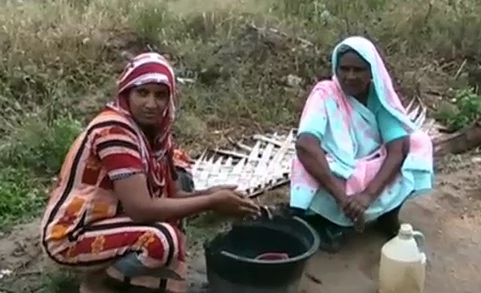 Wilpattu dispute: Presidential Task Force allocated lands for Muslims – Mannar DS
* Sinhalese (2.6 percent) given 378 acres after clearing scrub jungle
Mannar Divisional Secretary S. Keetheswaran, refuting allegations by the Bodu Bala Sena (BBS) that Muslim families driven out of the Musali Pradeshiya Sabha Division by the LTTE in 1990, had recently encroached on the Wilpattu National Park, said that it was a Presidential Task Force (PTF) Committee established in terms of the Lessons Learnt and Reconciliation Commission (LLRC) that had identified the location for their resettlement.
Unnecessary tension and conflict could have been avoided, if an attempt had been made to examine the Survey Department Plans and the decisions taken by the PTF Committee headed by the Secretary to the Ministry of Resettlement, to identify land for Internally Displaced Persons, in terms of the LLRC’s recommendations, Keetheswaran said, pointing out that the Committee’s deliberations had been endorsed by representatives of the Land Commission, the Forest Department, the Wildlife Department, Survey Department, the Army, the Navy, the Central Environmental Authority, the Agriculture and Land Ministry, the Government Agent and the respective Divisional Secretaries. “We had several rounds of discussions and undertook two field visits prior to recommending on January 2, 2013 that the Muslims who were evicted from the Musali Pradeshiya Division in Mannar by the LTTE be allocated land on the following basis – Marichchikkatti (100 acres), Palaikuli (100 acres) and Karadikkuli (80 acres).”
The Divisional Secretary said that the population in Musali Division in 1990 comprised Muslims (84 percent) Tamils (13.4 percent) and Sinhalese (2.6 percent). When state lands were alienated in 1995 the original Muslim inhabitants evicted in 1990 were living temporarily in various parts of the country including in camps in Puttalam.
In Mullikulam around 700 acres of land were taken over by the Navy for security purposes. Those who lived in Mullikulam were relocated in Kayakkuli village. In order to resettle the Sinhalese comprising 2.6 percent of the total number evicted in 1984 and their natural increase, 378 acres had been allocated after clearing the scrub forest that had grown, he observed.
However, 73 families from Marikkarthevu Marichchikkatti who were not accommodated had put up temporary huts about one kilometre away from the Wilpattu National Park border, Keetheswaran pointed out. “We, visited them on April 4, 2014 and assured alternative land. I can certify that no part of the Wilpattu National Park has been used for any resettlement scheme including the Jasmine City Housing Project which is in fact situated in the Marichchikatti Grama Niladari Division.”