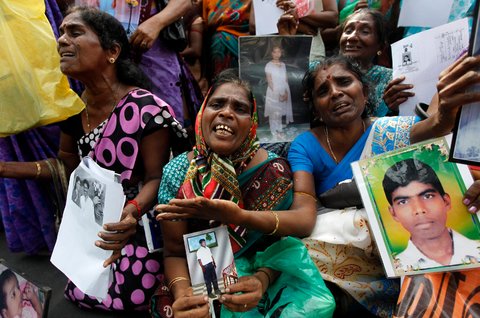 On Nov. 15, the presidents and the prime ministers of an array of countries once ruled by the British Empire will assemble in Colombo, the Sri Lankan capital, for the annual meeting of the Commonwealth Heads of Government Meeting.


Four years after the brutal and controversial end to the Tamil insurgency, Sri Lanka is hoping to use the event to attract foreign investment and find greater acceptance in the international community. The Sri Lankan government has come under intense criticism for its abuse of the minority Tamil citizens even after the end of the insurgency. Given the volatile political context, the high-profile event was bound to become an occasion for contesting arguments and narratives on the state of political and human rights in Sri Lanka.

India’s Tamils have age-old strong bonds with the Tamil minority in Sri Lanka, and in the past week a battery of Tamil politicians in India have demanded that Prime Minister Manmohan Singh boycott the summit meeting in Colombo to express India’s concern over the treatment of Tamils in the island nation.

Some of the most powerful ministers in Mr. Singh’s government are among those opposing Mr. Singh’s visit to Colombo, including P. Chidambaram, India’s influential finance minister; Jayanthi Natarajan, the federal minister for environment and forests; V. Narayanasamy, the junior minister attached to the prime minister’s office; and G.K. Vasan, the junior minister for shipping and industry. All four federal ministers opposing the visit are from the southern state of Tamil Nadu, which maintains very close civilizational links with the Sri Lankan Tamils, who form a majority in Sri Lanka’s northern and eastern provinces.

Prime Minister Stephen Harper of Canada has already said he would boycott the meeting, citing the Sri Lankan government’s violations of human rights. Douglas Alexander, a top British leader of opposition, has urged Prime Minister David Cameron to abstain from the Colombo summit because of Sri Lanka’s human rights record. However, Mr. Cameron is expected to visit.

India’s Ministry of External Affairs is pushing Mr. Singh to attend the meeting, saying that India must reassert its right to frame India’s foreign policy, especially in the very important space around India’s neighbourhood. Officials argue that if Mr. Singh does not go to Colombo, it would cause the Sri Lankan president, Mahinda Rajapaksa, to lose face and perhaps even push him closer into the arms of China and Pakistan, both traditional rivals of India.

But in an age of competitive electoral politics, foreign policy is not immune to domestic political concerns. Tamil Nadu’s main political parties, the Dravida Munnetra Kazhagam, or D.M.K., and the All India Anna Dravida Munnetra Kazhagam have made it clear that they are opposed to Mr. Singh’s visit to Colombo because it would be seen to be supporting Mr. Rajapaksa’s policies against his own Tamil citizens.

The Tamil Nadu parties have a strong case. Despite allowing elections to be held in Sri Lanka’s Northern Provincial Council in September, in which the Tamil Nationalist Alliance swept the polls, Mr. Rajapaksa has refused to cede land and police powers to the provincial government. Moreover, the provincial governor remains a hand-picked man of Colombo, which means that he will be expected to do Mr. Rajapaksa’s bidding rather than defer to the elected representatives of the Tamil Nationalist Alliance government.

However, Indian diplomats argue that the Bangladesh debacle in September 2011 should serve as a reminder to the Ministry of External Affairs to never let foreign policy be subservient to domestic politics. At that time, India caved into pressure by Mamata Banerjee, the West Bengal chief minister and Trinamool Congress leader, not to sign the Teesta waters agreement with Dhaka.

Diplomats argue that Mr. Singh severely lost face in front of Bangladesh’s prime minister, Sheikh Hasina. Ms. Hasina had expended considerable political capital in persuading her own government that in return for sharing the Teesta waters as well as the Indian ratification of an updated Land Boundary Agreement with India, Bangladesh would provide transit rights to Indian goods and people for access to India’s northeastern states as well as access to the geostrategically located Chittagong port in the Bay of Bengal. 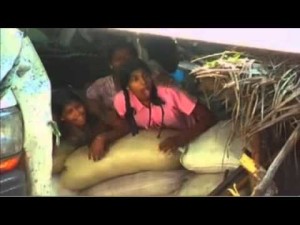 But Tamil Nadu’s political parties point out that Sri Lanka is not Bangladesh and that it would be a mistake to mix up the two countries. Leaders of the D.M.K., a former ally of the Congress-led United Progressive Alliance that has run the country for the last 10 years, are calling for an international war crimes tribunal to bring the perpetrators of alleged human rights violations against the Tamils to book. Privately, leaders from both Tamil Nadu parties say that even if Mr. Singh visits Colombo, he must publicly raise the issues of the Tamil minorities when he meets Mr. Rajapaksa, including land and police powers that were promised when the Indo-Sri Lanka pact was signed as long ago as 1987 with former Indian Prime Minister Rajiv Gandhi.

“The Sri Lankan government has made several promises to its Tamil citizens in the past but never lived up to them. Keeping in mind the human rights excesses and the war crimes that have taken place in the war against the LTTE, the prime minister of India should not go to Colombo unless an independent inquiry into these violations is held. Such an international inquiry must bring the perpetrators of these crimes to justice,” said M. Karunanidhi, the president of D.M.K. in a recent statement.

D.M.K. politicians especially point to allegations of brutality committed by the Sri Lankan army against the Liberation Tigers of Tamil Eelam, especially in the last weeks and months of the 26-year-long civil war, in which the 12-year-old son of Tamil rebel leader V. Prabhakaran was allegedly shot in cold blood by Sri Lankan soldiers. While Mr. Rajapaksa’s government has vehemently denied the allegations, privately Sri Lankan officials concede that some “collateral damage” must have taken place, pointing out that they will never condone these human rights abuses and that the guilty will be punished.
Some analysts also argue that India, which has refused to address several of its own human rights violations, including in Jammu and Kashmir, cannot afford to take the high moral ground in Sri Lanka. Others point to the growing proximity between Mr. Rajapaksa and the leadership in China and Pakistan, leading Colombo to play India off against these Asian powers in the battle for influence in South Asia.
Indian diplomats point out that India bailed out Mr. Rajapaksa several times during the civil war against the Tamil rebels, not only because the rebels had killed a former Indian prime minister, Rajiv Gandhi, but also because it did not want Western powers like the United States to gain influence in the Indian Ocean. They point out that the United States and several Scandinavian countries wanted to help Mr. Prabhakaran to escape from Jaffna, but India helped Mr. Rajapaksa’s government in not letting that happen.

One way to resolve Mr. Singh’s Colombo dilemma might be for him to also visit Jaffna, the capital of the Tamil-majority Northern Province and have talks with its recently elected Tamil chief minister, C.V. Wigneeshwaran. The second would be for him to hold Sri Lanka’s president to his own promise to implement the Lessons Learnt & Reconciliation Commission, in which the government has vowed to made amends to its Tamil minority.

Jyoti Malhotra is a political analyst based in New Delhi.
NYT