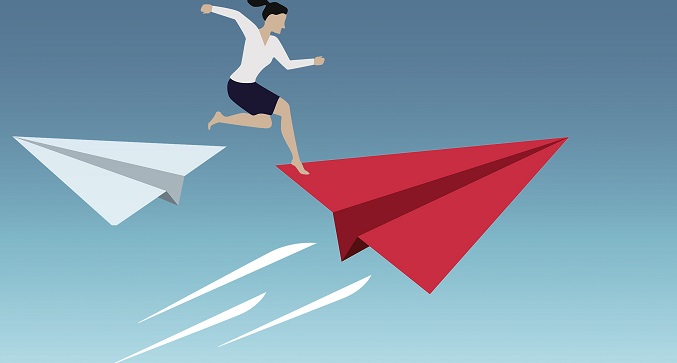 Sri Lanka today is facing an unprecedented political, economic and social crisis; as a nation we are gazing into the abyss at the edge of a precipice.

This is truly an existentialist moment for all Sri Lankans; each individual must make meaningful choices and the choices they make will define Sri Lanka’s future for generations to come.

Are we to define a future for our country based on our fears and prejudices? Or are we to define a new future based on our hopes and aspirations for a better Sri Lanka for all? Are we going to allow a handful of religious and racial megalomaniacs and other fundamentalist zealots who monopolise the sensationalist media to define our future while we silently wonder if moderation and tolerance are becoming bygone values of a distant and more civilised era?

The loud and violent sounds of extremism make better news than the democratic pronouncements of the silent majority. The silence of the majority in the face of extremism, intolerance, hatred and the pseudo patriotism of the vociferous few since independence has finally culminated in the massive crisis we face today as a nation.The root causes of the crisis we are facing are economic, religious or socio political in nature and an educational system which has totally failed to provide the knowledge, experiences, critical and analytical thinking as well as values needed to meet the challenges of a developing country like Sri Lanka.

A renewal of the consensual democracy that looks beyond the adversarial politics of the left and the right is an urgent necessity. Aristotle in his treatise “Politics” of 350B.C. writes about the ‘middling element’ as the substance that bridged the chasm between the rich and the poor echoing Siddhartha Gautama from a century before. Today, as Sri Lanka stumbles from one crisis to the other the middling element may prove to be our only alternative.

A vigorous reiteration of liberal values is the need of the hour; a radical center.The center should be home to a radical commitment to liberalism and centrist values. The need now is to create a new political culture based on reviving the value systems drawn from Lord Buddha’s middle path to Mahatma Gandhi’s path of non violence, from Nehru to Martin Luther King, from Nelson Mandela to Barak Obama.

The middle path or ‘Radical Center’ is based on the principles of democracy, freedom, equality and justice as the four pillared foundation for a just, caring and prosperous society. Although many may say that a radical center is a contradiction in terms, a radical recommitment to liberal democratic principles is an urgent necessity along with the courage of ones convictions even to wage a non violent struggle if and when necessary to protect and achieve these values. The Radical Center is a platform of moderation providing the silent majority to oppose and fight authoritarianism, racism and all other forms of extremism actively and vigorously.

The ‘Radical Center’ entails the creation of a centrist middle way where dissenting voices and opinions from every part of the political spectrum would have a place within a democratic framework of decentralised governance . It is a system where diversity in all it’s manifestations is celebrated ; the years of deep mistrust between the different communities must lose its sting within a non violent, democratic framework where pluralism and secularism flourish. The radical center should show the intolerant that those they hate are in fact, quite similar to themselves and have the same dreams and aspirations as well as the same fears and concerns as human beings. The radical center should be the point where all Sri Lankans can discover their common humanity going beyond the boundaries of race, creed and caste.

All right thinking people across Sri Lanka must break their silence and unite to protect democracy. The tyranny of the few can only be defeated if the silent majority – the true patriots – wakes up from their somnambulist stupor to say ‘enough is enough.’ True to the saying by Samuel Johnson, patriotism in Sri Lanka has now become the ‘last refuge of the scoundrel’; patriotism as encouraged today is thinly veiled racism and over zealous chauvinism which has been the main cause of our downhill journey since independence.

Patriotism needs to be redefined to reflect the goals and aspirations of a modern Sri Lanka rejecting the feudal/tribal attitudes and ‘big frog in a small well’ mindset of the post ’56 era. While celebrating the diversity and glory of our respective ancient cultures and religions, the new patriots of Sri Lanka – nationalistic and cosmopolitan – must unite to march hand in hand with the rest of the world towards freedom, happiness and prosperity.

Democracy, despite all its shortcomings remains the best system of governance as we move towards the second quarter of the 21st century. An urgent recommitment to democracy has become the need of the hour as Sri Lanka hurls towards an autocracy with the rapid convergence of the executive, the military and the clergy; the legislature and the judiciary are being turned into mere rubber seals of the executive President.

Reconciliation and equality amongst the different races and religions which make the Sri Lankan polity is sine qua non for Sri Lanka to harness its full potential. Sri Lankans must be able to celebrate its ethnic, cultural and religious diversity if we are to achieve happiness and prosperity as a united country.

Racism, hate speech and ethnic/religious extremism along with disrespectful and discriminatory behaviour have become a cancer eating into the very fabric of our society. Racism and all other forms of extremism must be unreservedly condemned and vehemently opposed.

Freedom of speech, freedom of expression and freedom of assembly and protest are integral aspects of a functioning democracy.

The human rights of all our citizens must be protected and maintained.Sri Lanka must also honour the core international treaties its signatory to as the beneficiary of upholding such commitments is Sri Lanka and all Sri Lankans and not the international community.

The rule of law is an essential prerequisite for a civilised society where no one – king, priest or soldier – is above the law. Law enforcement agencies should be empowered, strengthened and be absolutely independent, totally free from political interference.

An independent judiciary without any encroachment from the executive or the legislature is a cornerstone of democracy.

Despite been one of the first countries to embrace the market economy in 1977, Sri Lanka still is, essentially a command economy bogged down by archaic legislation and a moribund bureaucracy.Commitment to far reaching economic reforms is urgently needed to make Sri Lanka into a dynamic and competitive player in the region.The crony capitalist economy must be replaced by a strong and dynamic market economy with a rules-based level playing field for all investors and other economic players.

Along with racism and corruption, narcotics has become one of the three scourges tearing apart our society. Many of the big time drug barons have the highest political patronage and drug money is being laundered into the mainstream, formal economy through casinos, stock market, media institutions etc. In the fight against drug abuse, only addicts and low level dealers are brought to book. Stringent new legislation is needed urgently to curb this menace. A three pronged war against extremism, and drug abuse is the need of the hour while special rehabilitation programmes must be introduced to treat the addicted youth.

Sri Lanka must create a meritocracy and the era of political patronage must be brought to an end. Equality of opportunities is an essential prerequisite for a Sri Lankan meritocracy.

A strong social safety net is a must in a modern market economy to protect the poor, the weak and the less fortunate.

Sri Lanka has been blessed with a strategic geographical location and we must have a vibrant policy to attract FDIs to the country. We must get away from the ‘tribalistic’ attitude towards land and foreign investment.

Widening disparities with inequality and inequity is the norm in the education system today. The education system has totally failed to meet the needs of the country especially to help Sri Lanka solve key problems like lack of inclusivity and respect for diversity and to be able to innovate, be self reliant and lead globally. The education system needs to be totally revamped by gearing students towards 21st century learning with emphasis on Science, IT, Maths and technology; The quality of Sri Lankan universities should be elevated to be on par with Asian and global giants in tertiary education. All forms of violence, sexual harassment and ragging must be eliminated from universities. English must be made the medium of instruction for all those who wish to do so.

Sri Lanka’s free health service needs to be strengthened and modernised with new technology and therapeutics, to meet new emerging diseases of middle income countries as well as the challenges of the post corona society. Very serious health concerns due to dangerous drugs, tobacco and alcohol abuse should be addressed with urgency.

Sri Lanka was ranked second among countries most affected by extreme weather events in 2017 and is expected according to the World Bank to see a 1.2% annual GDP loss by 2050 due to climate change. Sustainable development is considered as the best adaptation strategy as it is associated with improved infrastructure, market oriented reforms, enhanced human capabilities and stronger institutional capacity to respond to the increasing threat of climate change and natural disasters .

Despite being the first country in Asia to grant the universal franchise in 1931, the role of women in Sri Lanka , especially in the fields of politics and business/commerce is less than satisfactory. Many retrograde legislation inimical to the respect, dignity and respect of women are still in place.Correcting such inequalities must be given urgent priority for Sri Lanka to move forward as a modern developing nation.

The LGBTQ movement must be supported and encouraged in their struggle to do away with archaic Victorian laws governing same sex relationships between consenting adults.. All human beings – irrespective of sexual orientation, gender, ethnicity, caste or religion should be treated as equal and diversity must be celebrated in all its manifestations.

Child labour and sexual harassment of children remain a deep rooted problem. In certain groups and communities children are seen as the property of the parents to do as they please; hence the ordinance of young children as monks in poorer sections of the Buddhist community and child marriages in the Muslim community. Abused children who face violence in childhood, become perpetrators when adults; ragging and sexual harassment are manifestations of such situations.

Sri Lanka’s cruelty to Animals Ordinance of 1907 is an inadequate deterrent against cruelty to animals. There is an urgent need to repeal this law and enact new legislation governing animal welfare advocating empathy and compassion towards all beings.