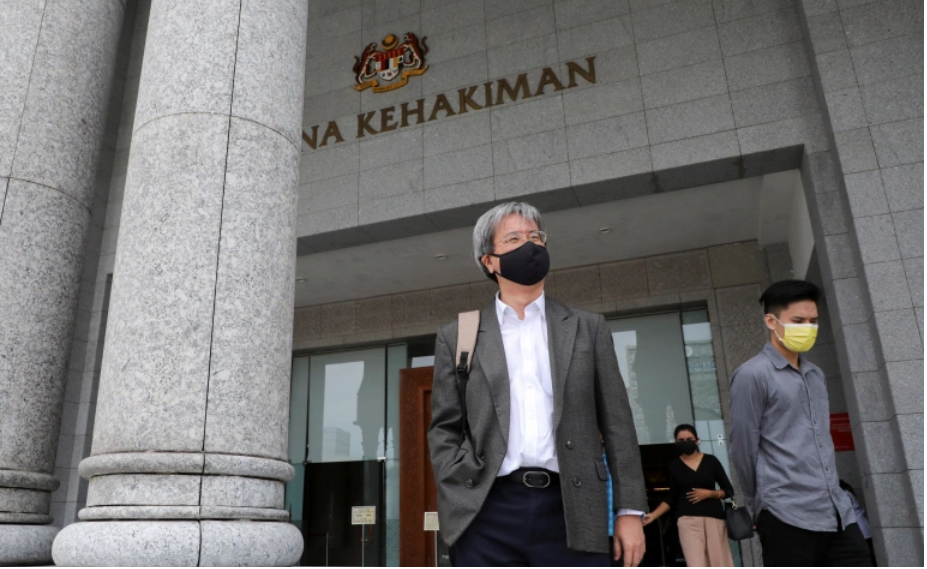 Malaysia’s highest court on Friday found Malaysiakini, the country’s most popular online newspaper, guilty of contempt of court over comments posted by readers that were deemed offensive to the judiciary, fining the publication 500,000 Malaysian ringgit ($123,644) in a case widely seen as a test of media freedom in the Southeast Asian nation.

Last year, Malaysia’s attorney general took action against Malaysiakini and editor-in-chief Steven Gan over five comments posted by readers on its website that he claimed undermined public confidence in the judiciary.

In a six-to-one decision on Friday, the Federal Court ruled that Malaysiakini held full responsibility for its website, including any comments left by readers. They said the case was a “reminder” to the public not to use online comments to attack the judiciary and that the fine reflected the gravity of the offence.

“The impugned statements had gone far and wide … the content was spurious and reprehensible in nature and the content involved allegations of corruption which were unproven and untrue,” said judge Rohana Yusuf, who chaired the panel of judges.

Gan, who was found not guilty, said he was disappointed at the decision.

“What crime has Malaysiakini committed that we’re forced to pay 500,000 ringgit when there are individuals charged with abuse of power for millions and billions who are walking free,” he said.

The English-language online newspaper shook up the country’s closely controlled media landscape when it launched in 1999, taking advantage of the freedom offered by the internet, which then-Prime Minister Mahathir Mohamad promised not to censor. Its fearless reporting quickly built an audience as well as drawing the attention of the government and was subject to regular police raids.

Amnesty International Malaysia said it was “deeply alarmed” at the court’s decision to convict and fine Malaysiakini.

“The conviction and fine is a grave setback for freedom of expression in the country,” Katrina Jorene Maliamauv, the executive director of Amnesty International Malaysia, said in a statement. “The use of contempt of court laws to censor online debate and silence independent media is yet another example of the shrinking space for people to express themselves freely in the country.”

Malaysiakini has until February 24 to pay the fine, which was more than twice the amount demanded by the prosecution. The publication immediately began a fundraising campaign.

“We hope that Malaysians will contribute to our fund,” Gan said. “Openness to critical views is a sign of a strong and healthy institution. For 21 years, Malaysiakini has relied on the generosity of the public to continue its mission. We again call upon Malaysians to come to our aid.”

Malaysia’s Centre for Independent Journalism (CIJ), which has been following the case, said it stood with Malaysiakini.

CIJ “strongly condemns efforts by the State to intimidate and threaten media freedom and independence,” it said on Twitter.

It is unlikely Malaysiakini will be able to appeal the decision because the case was heard before Malaysia’s highest court.

Malaysiakini and Gan argued they could not be held responsible for the offending comments, which were immediately removed after they were contacted by police.

The United Kingdom and Canada said they were concerned at the verdict.

“Media freedom is of fundamental importance to the security, prosperity and wellbeing of all societies,” British High Commissioner Charles Hay and Acting Canadian High Commissioner Esther Van Nes said in a joint statement. “People must be allowed to discuss and debate issues freely.”

In January, Gan said reporters should not “give up” in the face of what he described as “harassment” by the government of Prime Minister Muhyiddin Yassin, who took office nearly a year ago after a power grab within the ruling coalition prompted by the resignation of his predecessor Mahathir Mohamad and a political realignment that brought the once-dominant United Malays National Organisation (UMNO) back into government.

Malaysia has moved up the rankings in Reporters Without Borders’ World Press Freedom Index in recent years, but the country is designated only “partly free” by US non-profit organisation Freedom House.

Earlier this month, the government suspended parliament under a “state of emergency” that will last until August, blaming the coronavirus pandemic.